I’ve been following developer/publisher Two Tribes for quite some time. The company has produced several favorite games of mine, including the puzzler RUSH and the platformer EDGE. So, it was with a heavy heart that I learnt RIVE was to be their final release ever. The question is this: does RIVE make for a fitting send-off or is it a fizzle in the dark?

Shots in the dark

RIVE puts players in the boots of a man named Roughshoot, who pilots a spacecraft and is the embodiment of a more relaxed-yet-wiser Han Solo. His ship is equally adept at walking on legs as it is at flying, and this enables the intriguing premise of being a hybrid between a shmup and a platformer. While this particular combination is not new, it’s something sorely lacking in both genres and especially absent on the PC. The game starts firmly in shmup territory with a first level set in an asteroid field littered with hostile robots. Just when you’ve got the hang of things and suspect this’ll be a familiar outing akin to standard twin-stick affairs, our protagonist finds himself inside a ship where gravity is present and platformer mechanics take hold. The game will switch between these two play styles frequently in the somewhat short 5-6 hour campaign. Having already had a stab at the preview, there was ample evidence that variety would be the order of the day, and I’m glad to say that RIVE delivers amicably in this regard. In addition to the platformer and shooting sections, a central mechanic is the ability to “hack” objects and enemies. This serves multiple functions, such as opening a door to progress further or turning a former foe into an ally. In fact, later in the game you’ll be robbed of weapons entirely and your only course of action will be to hack your way to deliverance. Other scenarios, such as players submerged in water, keep the experience interesting and fresh.

This swan song by Two Tribes has turned out to be an extremely fun little blasting experience that should appeal to retro fans of Blaster Master and shmup veterans in general. RIVE is a bit of a hard little nuggest and the campaign isn’t the longest, but in that time you’ll be treated to a ton of challenges, endless explosions and enough variety for a dozen games. Snag your copy at its official Steam page now.

Full disclosure: This review is based on a review copy of RIVE given to HeyPoorPlayer by the publisher. 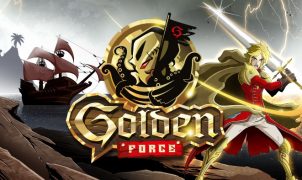