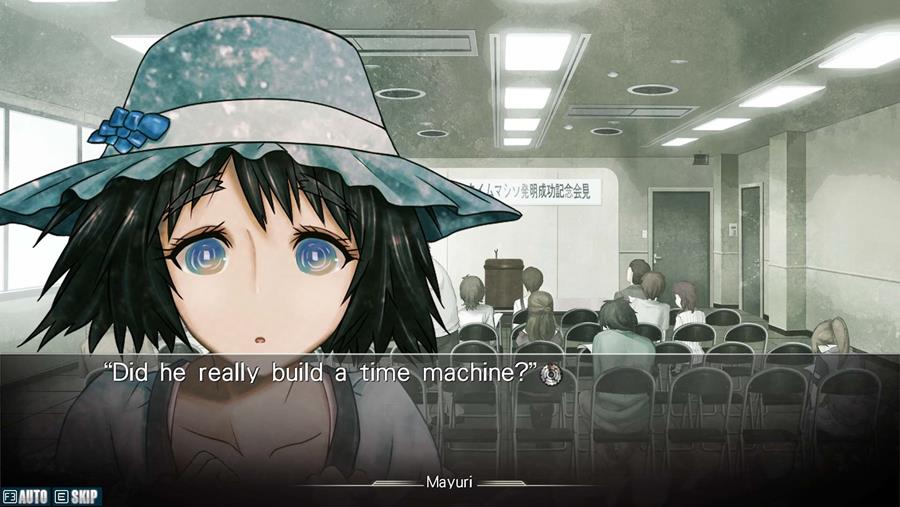 Tokyo-based developer MAGES today announced that their critically acclaimed visual novel STEINS;GATE is now available to purchase on Steam. Originally released in 2009, STEINS;GATE is a hypothetical science adventure game that features nonlinear plot lines and branching scenarios with many different endings for players to experience.

STEINS;GATE is priced at $34.99, and those who purchase the game between now and September 15 will receive a 15% launch discount. If you’re looking to take the plunge then be sure to visit the official Steam Page here.

To celebrate the game’s release, MAGES has released a brand new launch trailer for the game that can be viewed below:

“Set in the summer of 2010 in the famous town of Akihabara, self-proclaimed mad scientist Rintaro Okabe accidentally discovers that one of his inventions is capable of sending email messages into the past. With this new discovery, Rintaro and his friends are thrown into a world of constantly shifting timelines where one wrong move can alter the future.”

So, will you be diving in to see what all of the fuss about now that STEINS;GATE has made the jump to Steam? Be sure to sound off in the comments section and let us know.