RPGs, Hack n’ Slashers, and more are coming our way

With 2016’s Tokyo Game Show drawing closer and closer, KOEI TECMO Games has released an official statement covering their lineup at the showcase that will be running in Tokyo from September the 15th to September the 18th. Spanning six games, KOEI TECMO’s confirmed list promises a variety of adventures spanning several different genres, with several of the showcased titles already being confirmed for Western release. Now, onto the games! Berserk (Working Title) – Developed by Omega Force and based on the anime and manga titles of the same name, Berserk infuses the signature ‘one versus thousands’ style of gameplay commonly seen within the Warriors series with the dark and gruesome atmosphere of Berserk‘s world. Players will be able to take control of Griffirth and harness the powers within Guts’ Great sword in order to cut through hordes of enemies with swiftness and agility. Other characters within the Berserk universe will be playable as well, of course with no two playing exactly the same. The game will also incorporate other in-battle mechanics as well, such as Magic and Transformations, in order to match the Berserk game as closely as possible to the manga and anime.

Players will be able to experience hands-on demo of Berserk for the first time ever during the Tokyo Game Show. Berserk is slated for a release on the PlayStation 4, and digital download on both the PlayStation Vita and Windows PC through Steam. Nioh – After the recent, and quite successful, release of the game’s Beta demo, Team Ninja’s upcoming game Nioh will also be making an appearance at the Tokyo Game Show. An action RPG in a dark fantasy setting, Nioh loosely follows the story of the first Western samurai, William Adams, along with a large assortment of Yokai; creatures from Japanese folklore. While playing Nioh, players will be find themselves exploring unique and detailed world that contains a large amount of both history and lore as they face off against other samurai in action-packed sword battles. Nioh‘s gameplay is set up in a way that challenges players and makes their victories feel hard-fought, assuring that no accomplishments will ever come too easily.

Players will be able to get a hands-on demo of Nioh at the Tokyo Game show. The upcoming demo will not only feature everything contained within the Beta, but new content as well. Nioh is currently in development, and will be coming exclusively to the PlayStation 4. Toukiden 2 – KOEI TECMO has happily announced that its popular demon-hunting RPG, Toukiden, will be making its return in both Japan and the West. Titled Toukiden 2, the game will feature an open-world environment for players to explore teeming with strange and new lifeforms, abandoned ruins and caves, and the deadly and fearsome Oni.

Toukiden 2 lets players take control of a Slayer charged with the task of defending humanity’s laste remaining villages from the ever-looming threat of the Oni. Though many may see Oni as big brutish monsters, the Oni within Toukiden 2 come in all shapes and sizes, although all of them are still quite deadly. As they pour out between the rifts of space and time, and only a Slayer can stop them. KOEI TECMO plans to release further information on Toukiden 2‘s Western debut in the coming weeks. Atelier Firis: The Alchemist and the Mysterious Journey – Developer GUST is shedding some information at the the Tokyo Game Show on its latest in the long-running Atelier series, Atlier Firis: The Alchemist and the Mysterious Journey, the follow-up game to Atelier Sophie: The Alchemist and the Mysterious Book. Atlier Firis follows Firis, a young alchemist, as she travels through a strange, wondrous, and colorful world as she meets new friends, battles fearsome foes, and, of course, learns as much about alchemy as she possibly can. Atlier Firis also expands upon Atlier Sophie‘s map, creating an adventure of a much larger magnitude with even more places to explore and discoveries to make. A demo of Atlier firis will be playable at the Tokyo Game Show on the PlayStation 4. Samurai Warriors: Sanada Maru (Working Title) – Samurai Warriors: Sanada Maru  has plans for being showcased during the Tokyo Game Show as well. The latest within the Warriors series, Sanada Maru brings its ‘one versus’ thousands gameplay to a game that focuses on a fan-favorite within the series; Yukimura Sanada. Players will be able to get a unique perspective on the inner workings of the  Sanada Clan both before and during the 16th century conflict that resulted in dividing the two Sanada brothers to complete opposite ends of the large-scale civil war happening at the time.

KOEI TECMO America and Warriors series developer Omega Force have officially announced that their upcoming title, Samurai Warriors: Sanada Maru, will be officially be heading westward sometime in 2017. Players at the 2016 Tokyo Game Show will also be able to get hands-on experience with the game’s demo. 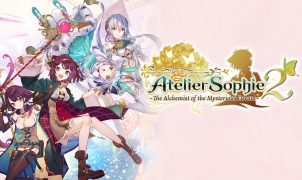 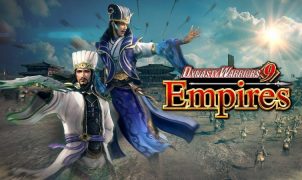