Android Built By The Atlas

Thanks to the YouTube video by Hugo Peters, we have an idea of what the character model for our protagonist looks like. Labeled, “Astronaut” the traveler is a humanoid uni-cyclist. Okay, so placeholder assets aside, the important part to take from this is that the character model is human-like, but also decidedly in-human.

At no point during the traveler’s journey do they concern themselves with trivial matters like eating or drinking, despite the survival aspects of the game. There’s actually a Reddit thread that goes into far more detail, which is worth looking into if you are interested.

This idea is made more plausible since you aren’t the first artificial being currently residing in the galaxy. Both the sentinels and Korvax share this distinctly unnatural trait. The sentinels are perhaps the oldest creations of the Atlas. Self-replicating and non-organic, they serve as a sort of galactic security force. Once the Atlas had law and order on lock down, it proceeded to create the Korvax Primes. The role of the Korvax was intended to be an intellectual one. They quickly determined that they were no match for the sentinels and instead devoted their time to gaining and sharing information. During the game the Korvax will refer to the protagonist as a “Traveler of the Atlas,” implying that they are aware of your origin. When you die, you respawn, but lose any experiences you had not yet uploaded. Much like how the Korvax can transfer their mind core from a dying body into a new one.

The organic species of the galaxy rebelled against the sentinels and the Gek attempted to wipe out the peaceful Korvax. The Atlas created the travelers in yet another attempt to bring balance to the force… I mean galaxy. While the Korvax were more cerebral, travelers weren’t afraid to get their hands dirty. The Atlas ensured this by granting them the most sentience of all its creations. This came at a price however, since the Atlas couldn’t directly control the travelers it instead had to convince them to do it’s bidding in more subtle ways. The sentinels will not hesitate to bring an errant traveler to heel. The Gek play nice, not wanting to upset the Atlas again and bring another war with the sentinels. The Vy’keen keep a cooler disposition, referring the protagonist as an interloper. They know the traveler is not of their world, but rather a mixture of the fierce sentinels and the analytical Korvax. A more refined avatar of the Atlas. 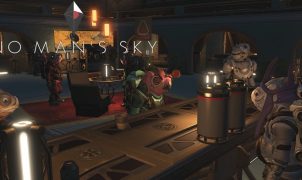 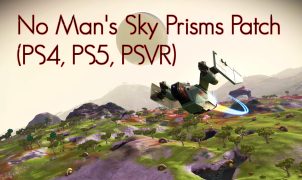 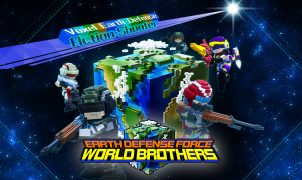