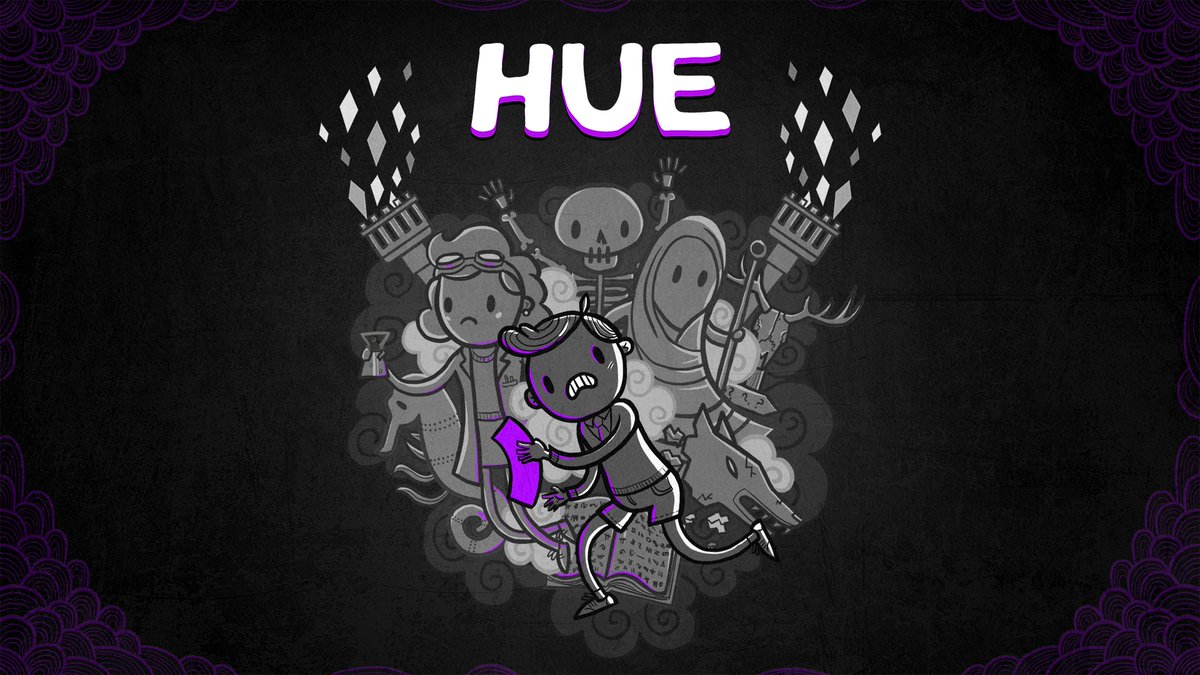 It feels like the last few years of video games has seen something of a war waged on all things chromatic. There was a prime era a while back, where the universe seemed to be making it abundantly clear that every game under the sun had to be a gritty shooter. Guns and gray, baby. Series like Call of Duty and Gears of War made this the norm for a while. Hell, you could even make an argument that Limbo had a part in it all. Monochromatic was the norm for a while there.

Since then, stuff has definable taken a turn. This won’t be my first time going on record with this, but it really feels like 2016 is a big year for restoring color and cartoonish imagination to games. It’s thanks to games like Overwatch and the Ratchet & Clank remake, but it’s thanks to indie games too. In Hue, color isn’t just a necessity; it’s a mechanic. 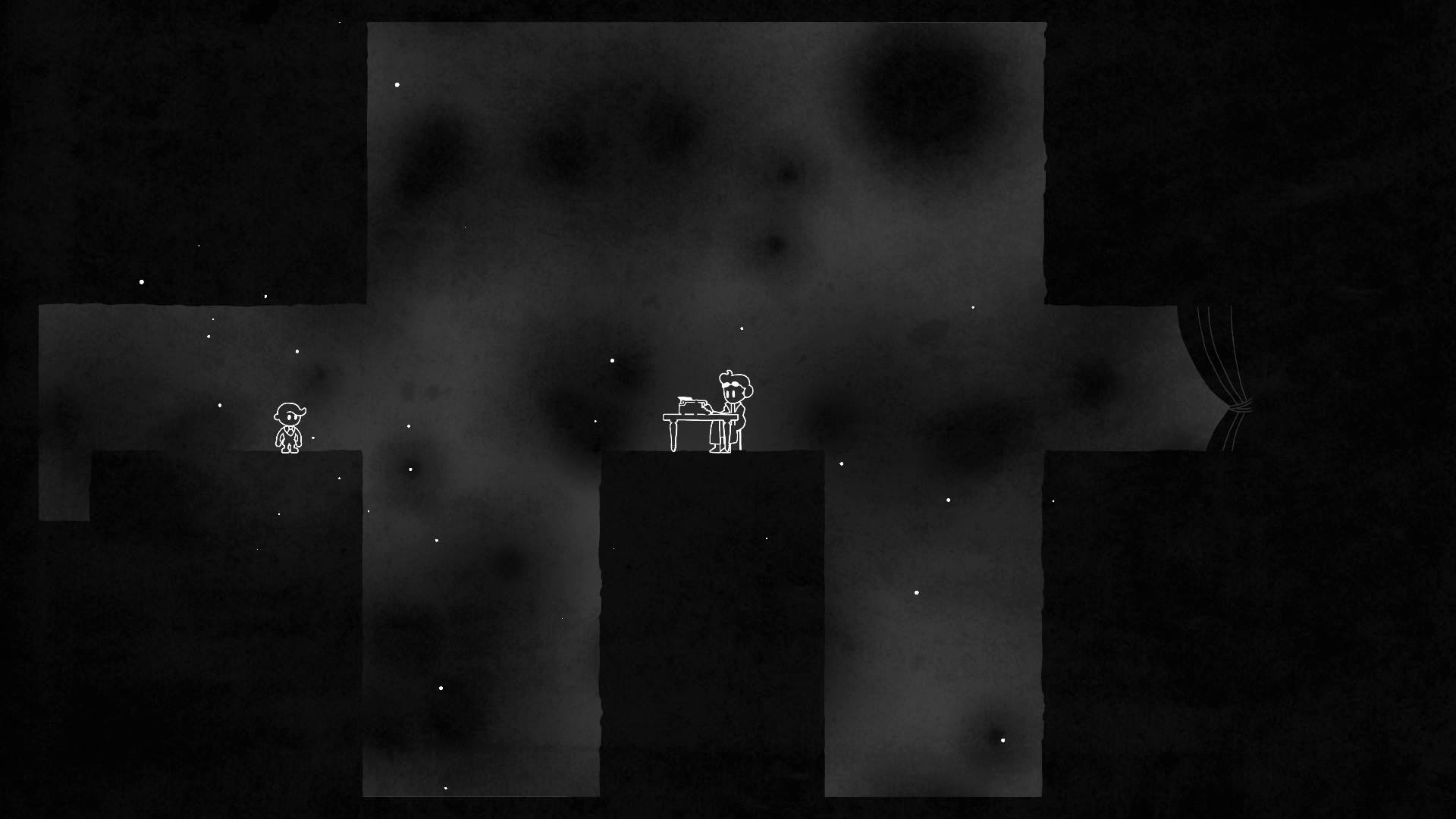 She spoke to me in a dream…

Hue is a simple sidescrolling platformer, with a titular hero who goes off in search of a missing loved one. His only clue to this person’s whereabouts is a series of letters, written by herself and addressed to him, explaining where she has gone, and leading him on a bread crumb trail to find her. Hue lives in a monochromatic world; at first, anyway. Shortly after finishing the narration from the first lost letter, the character obtains the first of a series of colors that change everything. The effect is a little reminiscent of Lois Lowry’s “The Giver,” and is treated in the game’s narration as such.

The usage of colors is actually quite simple. Each color (10 in all) is assigned to its spot on a wheel, which can be brought up anytime with the right stick. When a color is activated, the background of the level turns that color. Any objects in the foreground that share the same color will disappear, a fact which can mean obstruction of obstacles or untimely demise; sometimes both, because why wouldn’t it be. Sometimes turning the level teal might result in a host of boulders being dropped on the player’s head, while at others it might make those boulders disappear altogether, provided the rocks colors are the same. The game doles out new colors at a fairly even pace, and while none of them give the player new abilities, per se, all expand the potential complexity of the puzzles involved. By the time Hue has a full wheel of ten colors, he’s dealing with beams of colored laser light, and running through Rayman Origins-esque gauntlets of mid-jump color-swapping while being pursued by boulders. 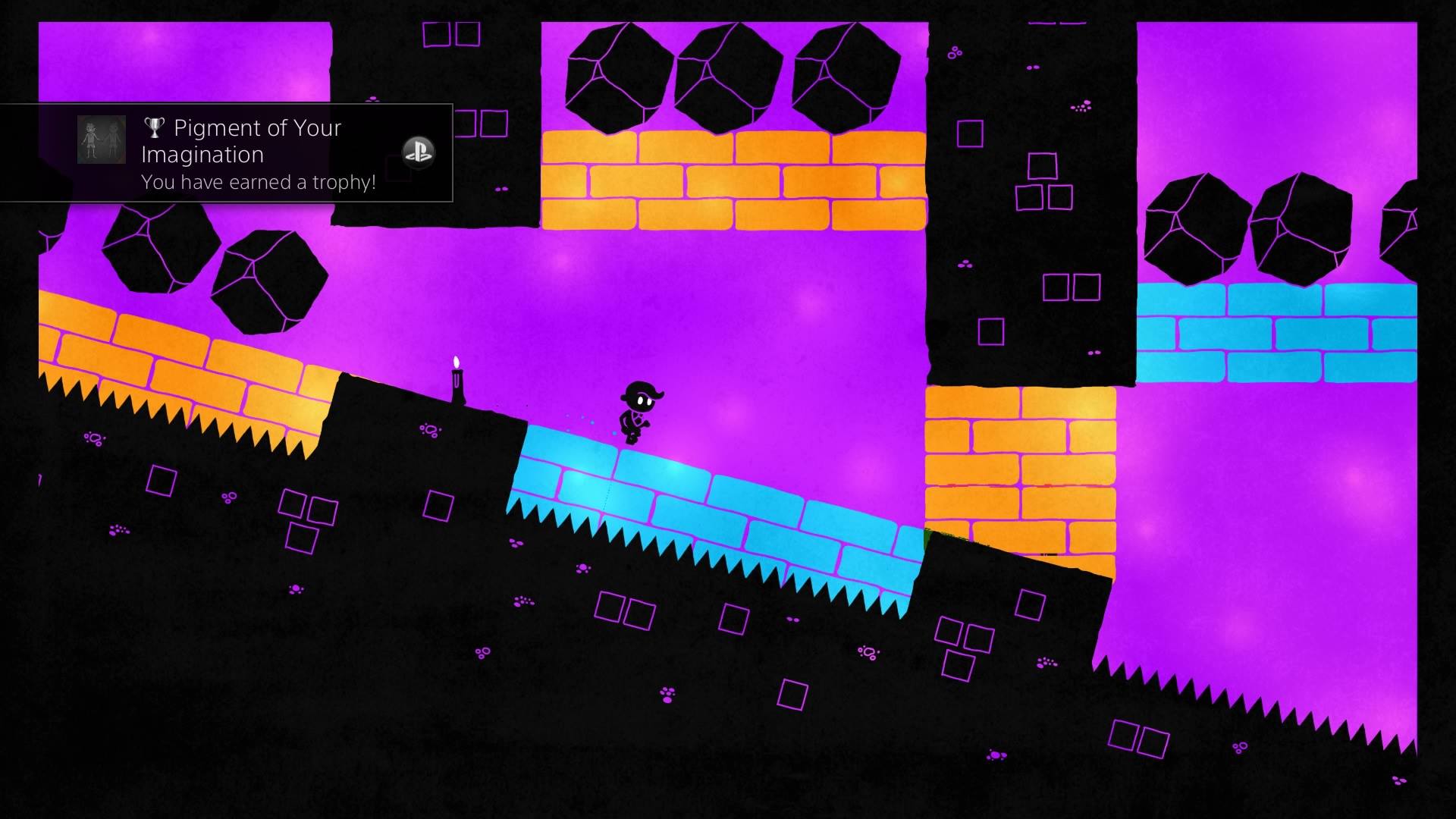 THIS IS HARDLY THE TIME, PLAYSTATION TROPHY

Hue is a colorful array of game design imagination, backed by a compelling story to boot. Hue’s object of pursuit, the author of the letters, narrates each piece of parchment she leaves for the protagonist along the way, and does a stellar job. In telling the story of how she got trapped in her mysterious state, the narrator does not just blandly tell what there is to be told. She puts emotion in her voice, showing how much some of it still hurts her to say. There’s a difference between asking someone “can you tell this story” and “can you tell this story that’s about you,” and the simple, charming storytelling in Hue nails that. 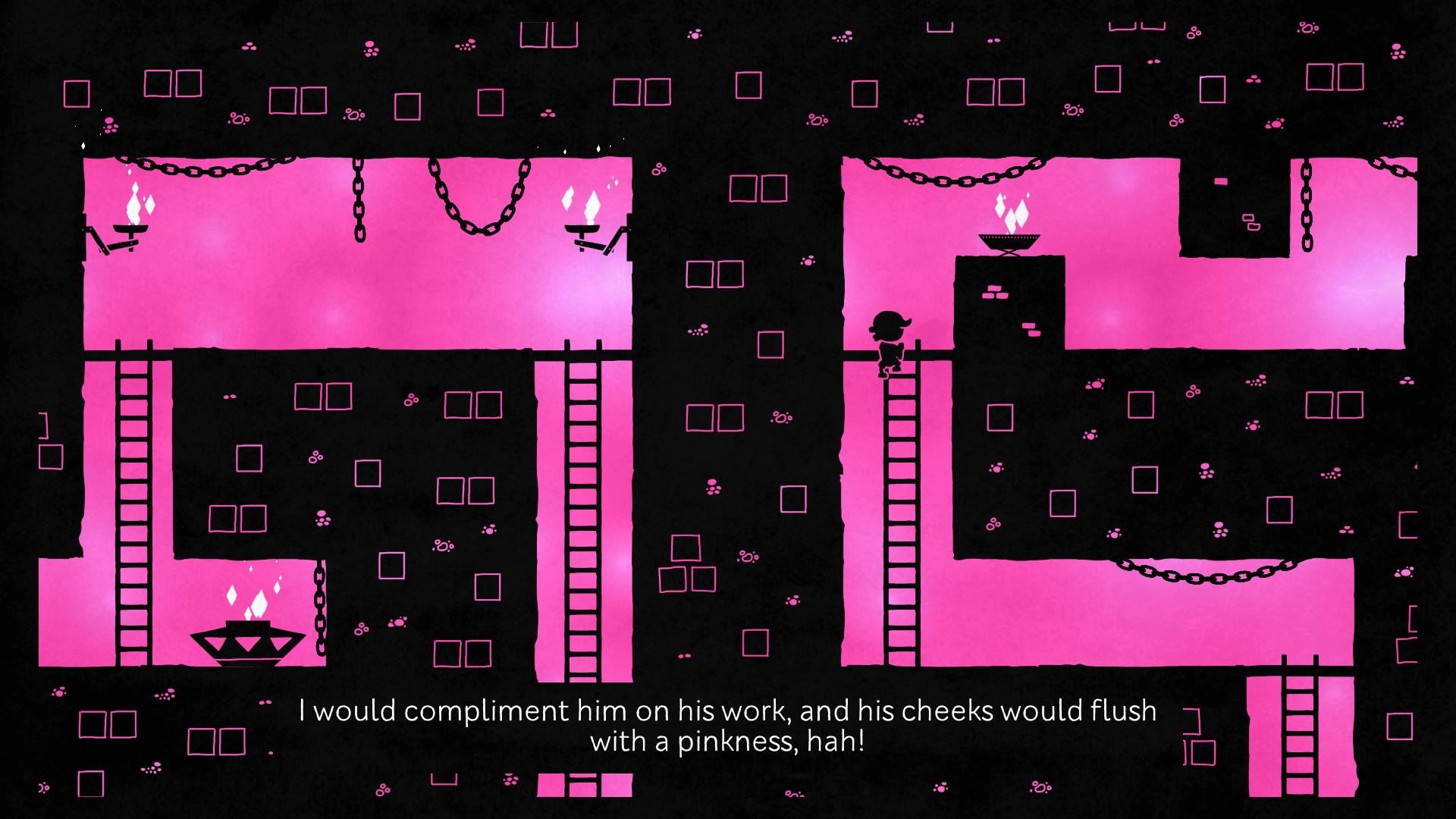 It’s nice to play a game that feels like it’s narrated by a poet.

What’s really nice about Hue as a whole unit is actually in those very words, too. “Simple but charming” is a consistent philosophy in everything from storytelling to art design to core gameplay mechanics. The world of Hue is small on a surface level, but surprises a couple times with its hidden lengths. It does feel a bit like a mishmash of ideas, such as the same cave leading to ancient ruins, a secret lab, and a weird prison complex. However, each of these ideas is presented in a simple and understated enough way that it all manages to come together nicely. Even the soundtrack is minimalistic, consisting mostly of understated piano notes that only really linger long enough to do the minimum required amount of atmospheric set-dressing. Something about that just feels…well, for lack of a better term, it feels right.

It’s easy for a simple color to invoke emotion. Orange might make you think of fall, or a fireplace; for me, it’s the color of my childhood bedroom, and so instantly communicates a sense of comfort. Color can bring up emotions, images, and even specific memories. Just as simply as that, the minimalism at work in every aspect of Hue comes together nicely into a creative, oft-challenging little platformer worth the time of just about any indie game nut or artistically-minded soul. It’s not noticeably long, but gets nice and creative with the palette it sets to work with.

Full Disclosure: This game was made possible by a review copy provided by the publisher.

Don't Lose Your Head     I feel like we've gotten to the point where consoles l[...]

The undead rise, The undead fall Switching hairstyles like the weather I can't even lie t[...] 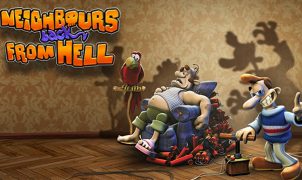