Corpse Party 3DS may be haunting handhelds this October 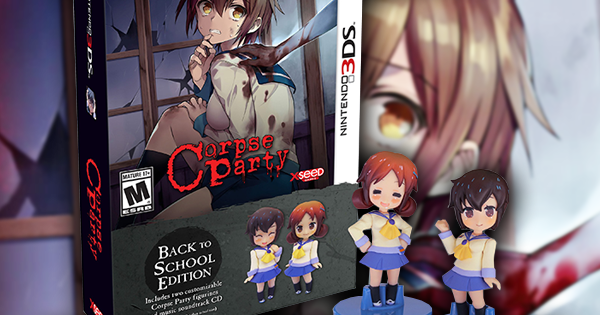 The 3DS port of Team GrisGris’ Corpse Party was originally slated to be released tomorrow, August 30 following its unveiling earlier this year. Well, it looks like handheld horror aficionados will have to wait a bit longer to step into the haunted halls of Kisaragi Academy, as retailers Amazon and GameStop now show a projected release date of October 4, 2016 for the title. While it’s a bit disappointing we won’t be spending the last days of our summer exploring the derelict halls of the doomed school the game, which is being published by XSEED Gamesm we can’t think of a better time to experience this nightmarish adventure than just before Halloween.

You can find Amazon’s listing for Corpse Party: Back to School Edition here.

The Corpse Party: Back to School Edition is priced at $49.99 and includes the following items:

So, do you plan on picking up Corpse Party when it lands on the 3DS, presumably later this fall? Be sure to sound off in the comments section and let us know.

The 3dRudder is full of potential, but not quite ready for prime time     Without a doubt, virtual reality is one of the most exciting things to happen…