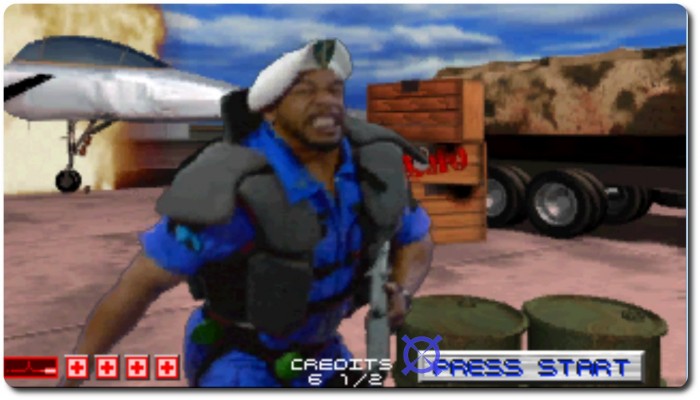 Many gamers may not know this but Area 51’s arcade board is actually just a modified Atari Jaguar with enhanced graphics and sound capabilities. See, that Atari Jaguar that we’ve all been laughing about actually did serve a purpose!

In September of 1996, players who were up for the challenge took on the role of Peterson who is taking part in a STAAR (Strategic Tactical Advanced Alien Response) military incursion to prevent the alien species, the Kronn, from taking over the US government’s Area 51 military facility. Players will shoot holes into the Kronn while making their way through multiple sections of secret installation alongside STAAR members Lieutenant Stephanie Grant and Sergeant Major Marcus Bradley. The ultimate goal being to make it to the nuclear bunker and activate the self-destruct sequence to eradicate all alien lifeforms from the area.

Killing aliens may sound difficult but Peterson’s armory can be upgraded on-the-fly. The semi-automatic pistol is nice but when upgraded to an automatic machine gun, pump-action shotgun, or automatic shotgun, the Kronn will not stand a chance. When things get a bit too hairy a nice grenade lobbed in the middle of a frantic fire-fight can clear the screen of all enemies and give our heroes a few seconds to breathe between the action. Yellow boxes and barrels can also be shot to take out several of the Kronn at once and should be taken full advantage of whenever on screen. A nice feature that offers players some replayability is the unlockable shooting exercises, bonus items, and warp zones that can be found by shooting objects in a correct sequence. 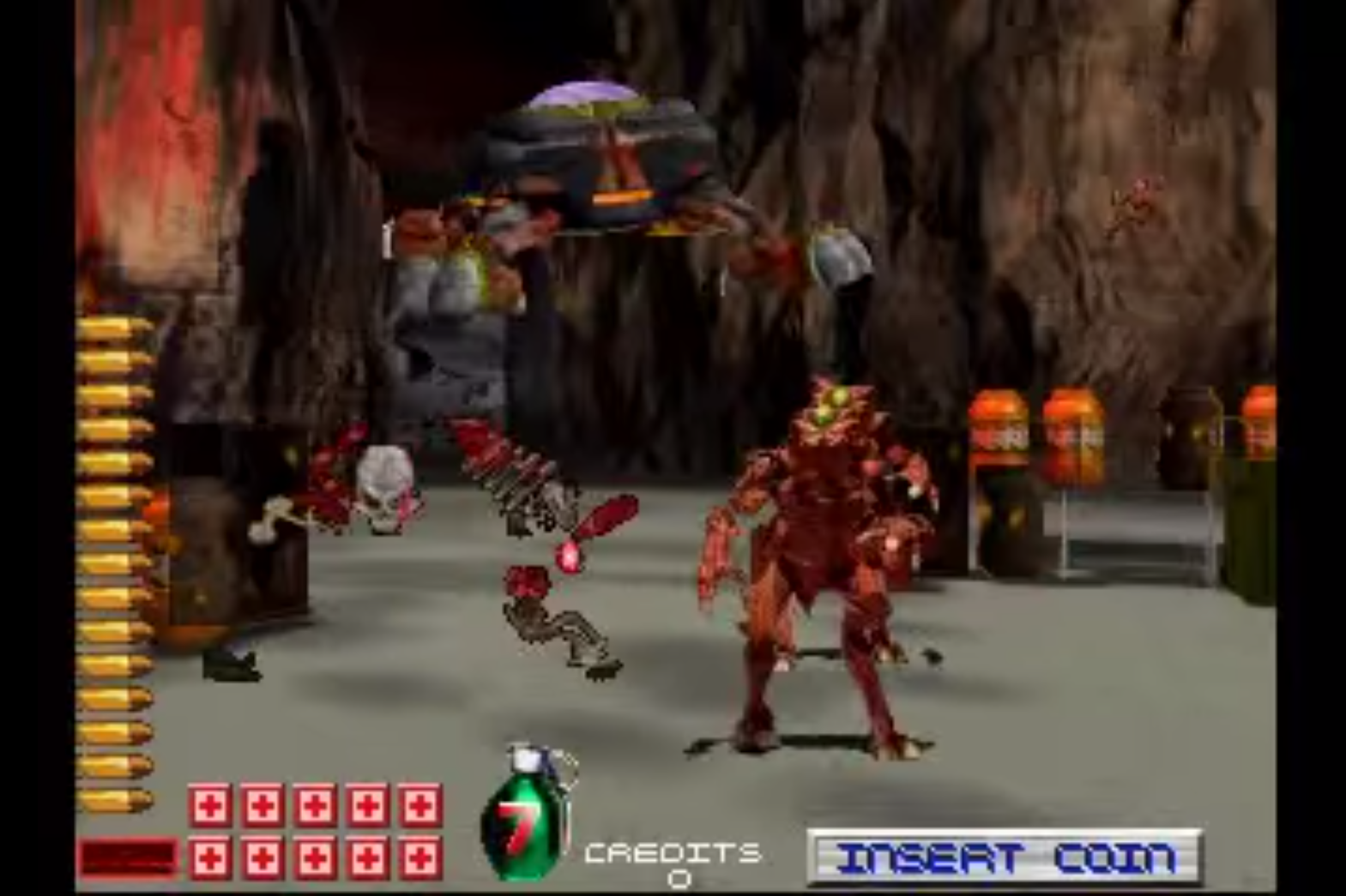 Area 51 was ported to the Playstation in 1996, supporting only the Konami Justifier but not the GunCon. The Sega Saturn version supported all of the consoles light-guns. The Playstation version offered gamers a clearer full screen picture with the Saturn version having approximately 15% of the screen covered with a border. Both versions are excellent ports but because of the Playstation’s advantages I believe it’s the better console to play on.

In 1998 Area 51 had its sequel: Area 51: Site 4 unleashed onto the masses as part of a dual machine that also included Maximum Force. Another game that shares the name Area 51 along with some back story was released in 2005 as a first person shooter on the PS2, Xbox, and PC featured the voices of David Duchovny and Marilyn Manson. In 2007 yet another first person shooter, BlackSite: Area 51 was released to the PS3, Xbox 360, and PC but is unrelated to the Area 51 franchise.