So, you’ve found your old NES console and hooked it up to your brand new 50-inch flat screen TV. The controllers are plugged in and you commence digging through a massive pile of gray plastic to find the classic Super Mario Bros/Duck Hunt cart. After blowing your spit all over the inside of the game, you insert it and the press the power button which in turn emits a soft red glow over your now smiling face. It’s all coming back to you now and after breezing through the first level and eventually defeating Bowser like you’ve done hundreds of times before, it’s now time to play something else. As you remove the cart you see that pixelated duck staring back at you just begging to be shot. Blow some more spit back into the cart and jam that thing into the NES and wiggle it to set it just right. You find your gun and insert it into the controller port, and now you’re ready to blast away at that damn dog who laughs at your inability to shoot two ducks flying at such an erratic pattern that you swear they must have downed a few espressos while waiting to fly out of the jagged 8-bit grass. The dog smells its prey and jumps into the grass to scare the first duck who’s going to fall victim to your digital bullet. You fire once, twice, and a third time only to watch the duck fly away and hear the dog giggle as he’s done so many times throughout your childhood. This happens again, and again, and again until you finally come to the assumption that the gun must be broken. So a trip to the local retro game store (or eBay) will fix this problem and a new gun will hopefully satisfy your trigger-finger itch. Disappointment soon sets in though, as you find out even the replacement gun is defective…or is it? A quick Google search of “light-gun not working” will produce hundreds of links explaining that light guns will only work on cathode ray tube or CRT TV’s. This same Google search is followed by a visit to Craigslist in hopes that someone still happens to have an old tube television set they’re looking to get rid of. If you’re still reading this and haven’t traveled over to Google yet, I’m going to explain why that awesome piece of plastic that brought hours of enjoyment and years of trigger-finger pain won’t work on your modern TV.

The best way to explain what’s happening here is to use the aforementioned NES Zapper and Duck Hunt as an example, since that’s the gun and game gamers know best. The Zapper itself gives you the feeling that you are actually shooting or sending a signal out of it every time you pull the trigger, but in reality the gun isn’t shooting or sending anything. The zapper is actually detecting patterns of light coming from the TV set. When the trigger is pulled you will notice that your television screen will go black for a split second, but not the whole screen goes completely dark. A white square will replace the target that you’re trying to shoot and if you happen to have the gun aimed at this square it counts as a hit, but if the gun is aiming at a blacked out portion of the screen it will count as a miss. Now you know why the screen flashed every time you pulled the trigger on your NES Zapper.  The more you know!

Now that explains how the gun works, but still doesn’t explain why it work on your modern television, they do produce a clearer picture after all. Well, even though you may have the latest, greatest television set that technology has to offer, all modern TV’s have wildly different latency times. In other words, the speed of old CRT TV’s were all consistent so when game developers were utilizing light-guns they were able to test them with the knowledge that all CRT TV’s had the same exact latency times. For instance, the timing needed to be perfect and not a fraction-of-a-second off from the exact moment the trigger is pulled to the time when the gun is looking for that white square being displayed on the screen. With modern TV’s all having wildly different latency times, it is not possible to get that precision timing that CRT’s all offered. So when your gun is looking for that white square to resister a hit, it’ll never find it since the square is displaying on the screen several seconds after the gun is searching for it. In the meantime, all of those ducks will fly away and all you’re left with is a shabby dog giggling at your distraught face.

Hopefully that helped at least a few gamers understand why light-guns aren’t really broken and maybe even pushed a few to search out some old CRT televisions. If you are one of the lucky ones who managed to hold onto your old boxed set and somehow managed to talk the wife into letting you keep one hooked up in the corner of the basement, grab that plastic gun right now ! I’m going to go over what I believe are the top 5 light gun games for home consoles. Lethal Enforcers blasted its way into arcades here in North America way back in 1992 with realistic digitized graphics that brought heap-tons of controversy due to its realistic portrayal of shooting actual people. Released in 1993, the Sega Genesis version of Lethal Enforcers was one of the first games to be stamped with the MA-17 rating by Sega’s Video Game Rating Counsel and because of this it was not sold in most toy stores. The highly accurate Konami Justifier light-gun in all its blue glory came bundled with home console versions of the game with a pink (yes pink) variant often being used as a 2nd player gun.

In Lethal Enforcers, players take control of police officer Don Marshall who just happens to be on his break at a local Chicago donut shop. He gets a call from headquarters alerting him of a major crime organization that has invaded town and since he and his partner (player 2) are the only two elite offers in the city that haven’t ended up dead, it’s up to them to stop the villainous syndicate and save the city. Don and his partner will shoot their way through six stages with weapons such as a standard-issue service revolver, .357 Magnum, semi-automatic pistol, combat shotgun, assault rifle, submachine gun, and a grenade launcher. During each stage it’s up to the player to just shoot the armed robbers without harming any innocent civilians or fellow officers. The easiest way to determine enemies from civilians is that all enemies are wearing sunglasses, ski masks, or gas masks and all innocent civilians throughout the game will have nothing blocking any portion of their face.

In addition to its release in arcades, Lethal Enforcers can be played on the Super Nintendo, Sega Genesis, and the Sega CD. The Sega CD version is considered to be the best of the bunch, as it  features better graphics and high quality CD music sampled from the arcade game. In 1997 Lethal Enforcers was ported to the Playstation as part of a package that also included its western-inspired sequel, Lethal Enforcers II: Gun Fighters. Yeeehaw! 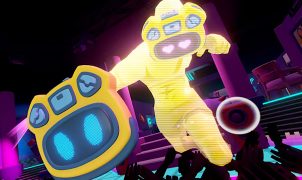