Ironically, some people seem to have forgotten all about this one.

I know the obvious choice for this list would’ve been Konami cancelling the much hyped Silent Hills but that’s a bit too recent and still fresh in peoples’ heads. I want to take you back to the year 2012. Throughout that year, Konami released three different Silent Hill titles. The first, Silent Hill: Downpour received fairly mixed reviews. Some disliked it, some didn’t, including Ben “Yahtzee” Croshaw who actually called it his “favorite Western-developed Silent Hill thus far.” The second was an HD collection of Silent Hill 2 & 3, which was heavily panned for its poor framerate and numerous glitches. And, thirdly, there’s this title, which is so far removed from the series that it may as well be living in a different country.

Book of Memories is not a survival-horror designed to question your morals and sanity. It’s instead a dungeon-crawling hack-and-slash with RPG elements. Because nothing says scary like being able to beat up the horrific manifestations of your character’s psyche with a blunt instrument. Oh, and there was co-op as well. Screw that sense of isolation, am I right?

Maybe I’m being too hard on the game since it is a spin-off and the game does have its fans, with some enjoying the base gameplay and story that still tries to echo similar themes from the series, but even those who like it can tell you that, if you’re after a proper Silent Hill experience, Book of Memories can be easily skipped over with no regrets. Oh, Bomberman. Oh sweet baby, what did they do to you?! The idea of “updating” character designs is bad enough but if you absolutely have to do it, at least try and make the character recognisable. People may have bashed the more recent designs for Crash Bandicoot and Sonic but you could at least tell who they were. Does THIS look like Bomberman to you? No, it’s the result of people just looking at what was popular, saw “space marine” and said “Eh, it’ll do.”

So, we’ve got another needless dark and gritty reboot. Is the game at least fun to play? What do you think? Aside from being as visually interesting as a bag of dirt, it suffered from long loading times, had bad collision detection, unbalanced A.I. – it didn’t even have a save feature. In 2006! Both GamesRader and The Guardian even consider this to be one of the worst videogames of all time.

If you want to play Bomberman, you can probably get a much better (and fun) experience from any of the main series games. Act Zero is an appropriate subtitle, because there was zero effort put into it and zero reason to even play it. 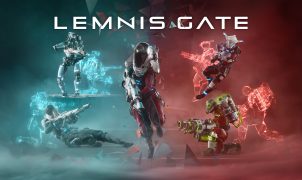