Okay, this theory is the one with the most mystery surrounding it. While the other theories would certainly be considered bad things, the event that lead to mandated happiness is always described as ‘A Very Bad Thing,’ done by the Wellies. This suggests that whatever happened was something that they actively initiated. They would have had to do something so vile that everyone who survived it would be stricken with guilt and depression as a result.

The first bit of evidence for this theory comes from We Happy Few’s Kickstarter trailer. While discussing the upcoming game Uncle Jack pointedly tells the viewers that “of course none of us had to do anything terrible while the Germans were here. At least I can’t remember anything, can you?”

Warning lights going off for anyone else yet? It’s suspected that Jack is serving as a figurehead for whatever shady entity is behind the city’s happiness. There is even some speculation that he has gone off his Joy and is potentially trying to warn the people about what’s happening without his handlers realizing. So, clearly the citizens did all have to partake in something terrible during the occupation.

At this point it could still be that whatever happened was brought about by the occupying Germans, right up until Jack shows a clip from the game. In it Arthur is speaking with an older man about the fate of those who didn’t come back from the train station.

“You don’t think they hurt him?” Arthur asks, worried for his brother.

“The German’s aren’t animals you know,” the man replies, “they just wanted to make sure we stayed quiet, and we did.”

It’s implied that the  occupation was relatively peaceful (as was mentioned in the newspaper clips from the beginning) and that the German forces were merely trying to keep the citizens calm and orderly in the meantime. Perhaps some citizens didn’t want to remain calm and orderly, perhaps they instead decided to fight back with disastrous results. It’s difficult to guess what this resistance may have looked like, since everyone has gone out of their way to forget, but we are given a hint at the casualties. 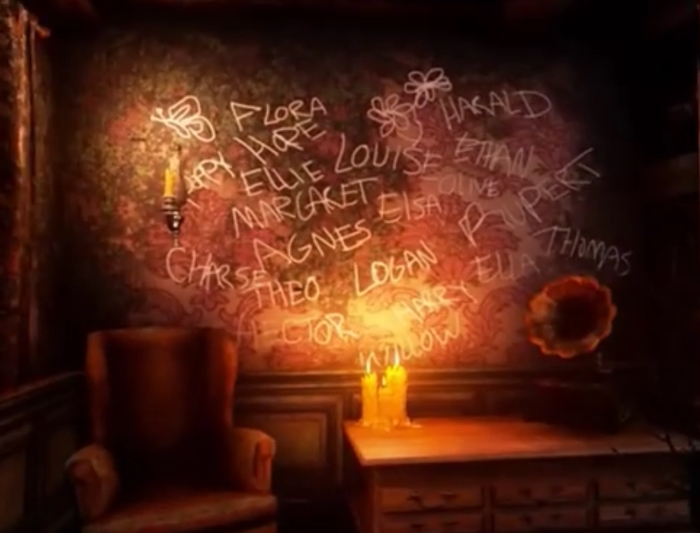 This list of names, written in childlike scrawl appears frequently in the homes of Wastrels. You can even see them scratched into the bed above you when Arthur first wakes after his ordeal. The Wastrels are either unable or unwilling to take Joy and have mostly been driven insane by their confused memories from during the war. Despite this, unlike proper Wellies they actually do remember the war, even if the details have grown fuzzy over time. The names are often set off by candles in an almost reverent display. Who were these people and what did they do that would warrant remembering them when everything was meant to be forgotten? They were the ones who were sacrificed by the terrible thing.

While we aren’t given enough to piece together what exactly the thing was (curse you story-free early access) at least one of the names hints at an important potential plot point. Right in the center of the scribbling we see the name “Margaret.” If we go back to the papers from the beginning we learn about a girl named Margaret Worthing being selected to lead the Battle of Flowers. Margaret is Uncle Jack’s daughter. 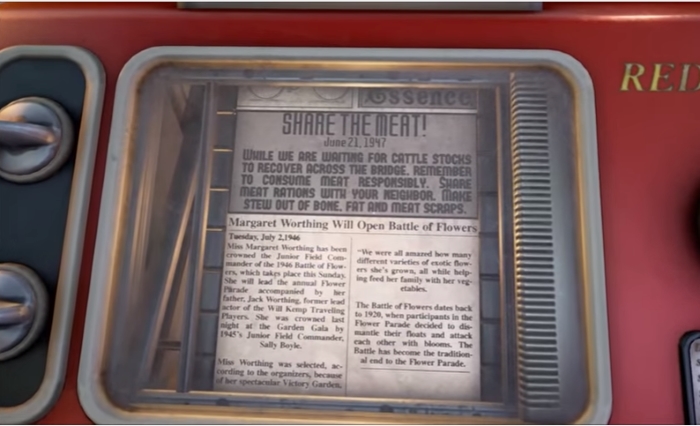 Jack was likely an emotional wreck after losing his daughter. He probably was fully on-board with any measure that would ease his and the rest of the citizen’s suffering. Hence he donned his happy face and began broadcasting the wonders of taking Joy on behalf of whoever is really running things. Jack is always adamant that there is nothing good about the past and that nobody should ever look into it. Perhaps he had a hand in whatever happened to his daughter. It could explain why he is so compliant and willing to serve those controlling things.

Until Compulsion pulls back the curtain on more of We Happy Few’s narrative we’ll have no way of knowing if any of these theories even comes close to hitting the mark. This is merely a peek at what could be a very interesting and compelling story once We Happy Few releases. Feel free to share any additional ideas or theories you have in the comments.  There are certainly more connections to be made.