We know from the redactor stories at the beginning that during the occupation all children under the age of 13 were required to be registered with the Occupation Authority. No reason is given, but General Byng speculates that perhaps the O.A. is planning to assist with feeding the children of the city, since supplies are running so low. We also hear Arthur’s brother Percy calling out to him from a train during a flashback, implying that the children were subsequently rounded up and taken away. 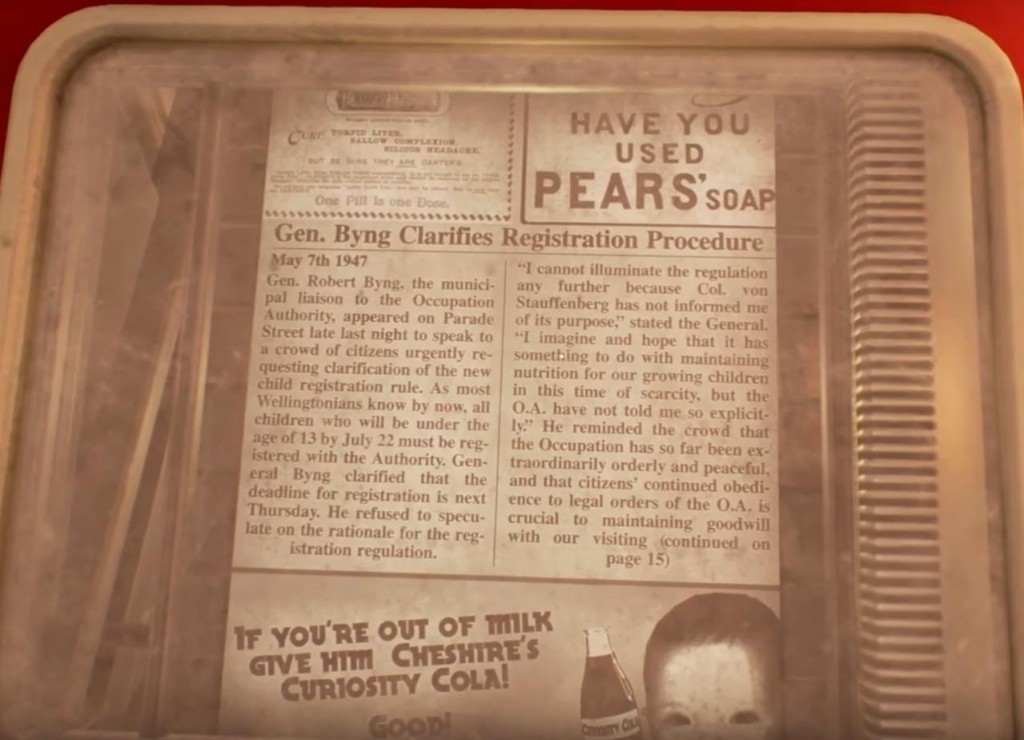 There is historical basis for this as the Nazis did take children from occupied countries and ship them to Nazi Germany for the purpose of indoctrinating them culturally. So it’s possible that the children of Wellington Wells faced a similar fate. We learn from the suicide note left by Ms. Stokes that her daughter had been learning German before she disappeared. There are additional newspaper clippings that indicate that adults were being asked to “volunteer” to help the German war effort against the Soviet Union. If all the younger children and all the adults were taken away who would be left to run things? What sort of adults would the children left behind grow into after having everyone close to them whisked away during the war?

If you die during the early access build you are shown a newspaper clip which states that Arthur has gone on vacation. It also lists his birth year as 1934 which would have made him 13 at the time when the registration occurred in 1947. Just old enough to avoid the cutoff, but not quite old enough to be pressed into service. The other children and his older brother Percy were not so lucky. The game takes place in 1964, so Arthur would be 30. Most of the Wellies we’ve encountered seem to be of a similar age.

There is one notable exception to this, the nosy old woman. Like Ms. Stokes, there are occasionally older ladies wandering about the city. While this might seem to contradict the theory of all the adults being sent away, it actually reinforces it. Who better to look after all the children left behind than older grandmotherly figures. 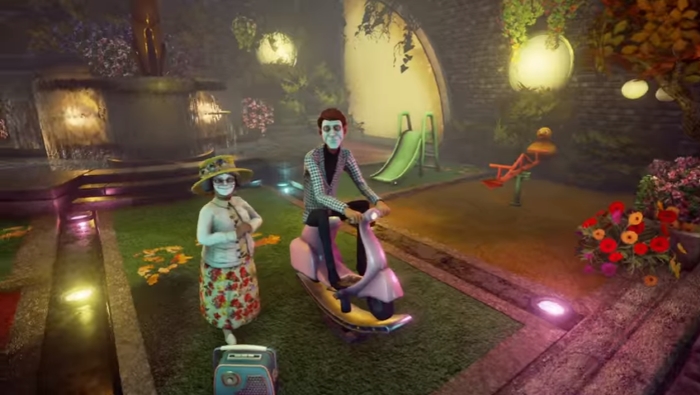 Letting the Nazi’s take away all the children and then having all the adult population abandon them as well, would certainly qualify as ‘A Very Bad Thing,’ but would it be enough for the Wellies to discard any memory of their history?