For Honor’s Full Roster Of Heroes And Multiplayer Modes Revealed 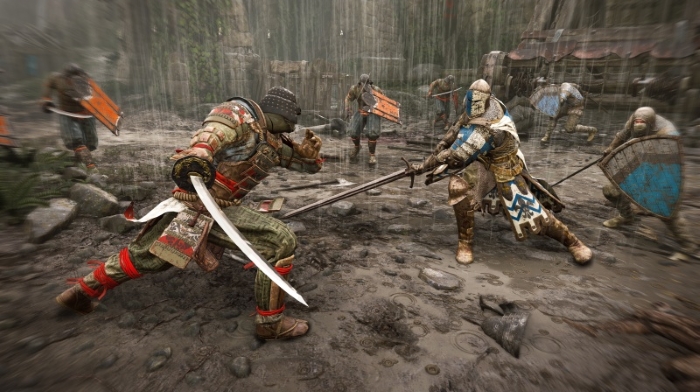 Enter a raging war and fight for guts, glory and survival in Ubisoft’s new action IP, For Honor. For Honor is a fast-paced and immersive experience, featuring three lethal factions. Playing as brutal Vikings, deadly Knights or cold-blooded Samurai, players will have access to four different types of hero for each faction:

•Vanguards are well-balanced heroes, with good attack, and defense capabilities and great versatility. •Assassins are swift and lethal characters, great duelists with very good offense. •Heavies are the most resistant heroes, their attacks are slow but deadly. They’re especially efficient for defending a point and annihilating AI enemies. •Hybrids mix elements and characteristics of other types. They are advanced characters fostering uncommon tactics.

Each hero type comes with its own set of skills, weapons, armor, and fighting style. A wide library of customization options lets players personalize not only their heroes appearance, but also their unique combat style. 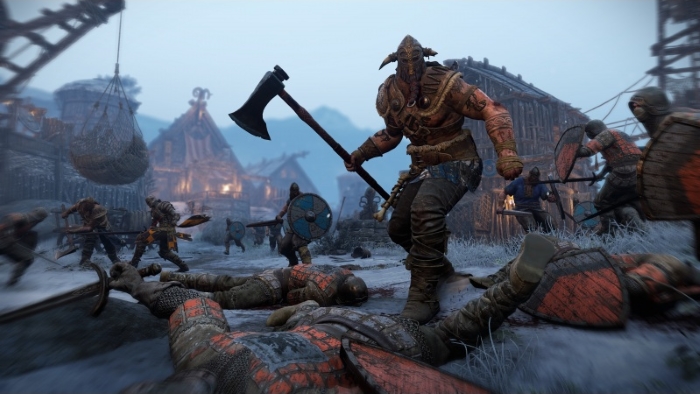 In addition to the story campaign revealed at E3 2016, For Honor includes five engaging Multiplayer modes: Dominion, Brawl, Duel, Elimination and Skirmish. These multiplayer modes are playable with and against others players or bots in split-screen co-op for consoles.

•Dominion- a 4v4 objective-based mode in which two teams of four players fight for control of the battlefield. It’s a mode that relies upon skill, communication and teamwork. •Brawl- 2v2: Each team of two players need to kill the two enemy heroes to win a round. Skill, awareness, cooperation and the capacity to use the environment to the player’s advantage are key components. •Duel- 1v1 puts two heroes face-to-face in a fight to the death. Skill is fundamental in Duel of course, but as in Brawl, players have the possibility to use the environment to their advantage. •Skirmish- a 4v4 Team Death Match like mode. Combat skills are key in this mode as players score points for their team by killing enemy heroes. •Elimination- In this 4v4 mode, the last surviving player on the battlefield wins the round for their team.

For Honor is also being developed for PC platforms by Blue Byte, a Ubisoft Studio. Blue Byte is devoted to creating a fully optimized experience on PC, supporting mouse and keyboard controls.

The For Honor Closed Alpha is planned for September 15-18th. If you’d like to participate you can visit www.forhonorgame.com to sign up.

Disney’s “Recess” Meets “Deadly Premonition” Well, it’s official.  With its second episode, Kokurase has officially gone completely off the rails. What started as a cute but ultimately forgettable game…