Hey Poor Podcast Episode 68: Is the NX a Handheld?

Also featuring an opening discussion about Ghostbusters and Pixels, a shoddy Uncharted clone, and another round of Adam Foster’s worst voices. This week on the Hey Poor Podcast, Jay “Garfield” Petrequin, Adam “Marmaduke” Foster, and Caleb “Heathcliff” Turner talk about the newest deluge of rumors on the NX. Is it a handheld device first? How does the rumored Bluetooth-friendly controller scheme work? Jay tells work stories. Caleb starts a film podcast. Adam reports about No Mans Sky.

You don’t need to plug your phone into your TV to read these talking points: NX rumors, the quandary of handheld systems, the nigh-endless tide of Wii shovelware, Nintendo game sales, the Atari apocalypse, Unearthed: Trail of Ibn Battuta, how to not make a game console fail, thrilling adventures in a No Mans Sky stream, Inside, Limbo, DOOM, Overwatch‘s new character and changes, World of Warcraft, Starbound, Furi, Human: Fall Flat, Type:Rider, and Pokemon Omega Ruby and Alpha Sapphire.

Have a question or coded message for the Hey Poor Podcast? Send it in to our chasm of letters at [email protected]!

The Hey Poor Podcast can be found and subscribed to on iTunes and Stitcher. In addition to the website, Hey Poor Player can be found in page and group form on Facebook, screeching away like alarmed barn owls on Twitter, creating Let’s Play and video review goodness on Youtube, and playing away for your entertainment on Twitch. Jay started a webcomic called Black Basin. Check out Ser’s work on Bullet Heaven, and at Press Pause Radio. You can also follow us each individually on Twitter: Jay – Adam – Gary – Jonathan – Ser – Alex –Mike – Caleb 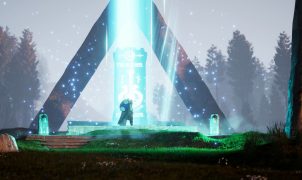 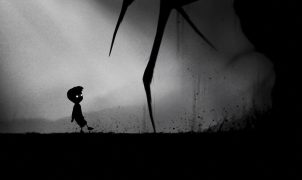