Too Many Subtitles: Telltale’s Batman: The Game I am a Telltale apologist through and through. As a big fan of The Walking Dead Seasons 1 & 2, The Wolf Among Us, and Tales From the Borderlands, I continually look forward to the newest release from the studio. Trust me, I hear the the criticisms that plague every Telltale game. They’re formulaic, they’re buggy as hell, the gameplay is non-existent, and the release schedules seem to be created by a toddler using a calendar as a coloring book. To me, however, Telltale has a special knack for storytelling, and that’s what I tend to enjoy in games. So I forgave Telltale when Lee Everett inevitably paused in the middle of killing a walker; I was okay when Bigby Wolf stuttered uncontrollably over his words. Luckily, Telltale addresses many of their classic issues in Batman: The Telltale Series Episode 1: Realm of Shadows (which I will now shorten to Batman: Ep. 1, for brevity) ; Unfortunately, not all of the issues are fully fixed. Batman: Ep. 1 is definitely a step forward, but it falls short of being a giant leap for Telltale-kind. Let’s begin with what Telltale does differently, the good and the bad. The most immediately noticeable change is their revamped engine. Telltale Co-Founder Kevin Bruner said that the engine is, “very much upgraded from the kinds of things that you’ve seen from Telltale in the past”, and I must agree. The game is in widescreen now, which adds to the cinematic feel; it runs at a mostly consistent 30 fps, and I haven’t seen much stuttering. While it’s not a brand new engine, Batman: Ep. 1 certainly runs better than all of the previous Telltale titles. New gameplay has been added as well, as there are new elements to quick time events and the examination of an environment. With the revamped engine, Telltale now lets you do TWO buttons in ONE QTE, which is… okay, I guess. It doesn’t really make QTE any less boring (If two-button QTE is in the Minecraft or Game of Thrones series, I apologize. I haven’t played either). Telltale also revamped investigation; You can now link two pairs of evidence in order to figure out the chain-of-events within a crime scene. This at least added some form of puzzle solving, though it doesn’t take much brain power to solve. I never really felt like a true detective, which is a misstep that I wish Telltale could have avoided in this title. Like I said, my favorite part of any Telltale game is the story that it tells. To me, the dichotomy of Batman and Bruce Wayne has always been the most interesting part of the World’s Greatest Detective; The constant grapple between the two identities is what, to me, gives the Batman franchise its intrigue. Batman: Ep. 1 nails this aspect of the Caped Crusader; from purposeful cinematography to dual dialogue choices, Telltale’s new series seems to focus on the intertwined roles of Batman and Bruce Wayne. The developers give the player the choice on what kind of Bruce Wayne you want to be; Are you a brooding, lonely billionaire? Or are you a charismatic socialite?  The same goes for Batman; Are you a goodhearted servant of the people? Or are you a violent and dark-natured vigilante who will do whatever it takes for justice? Telltale lets you choose YOUR Batman and YOUR Bruce Wayne; It’s an incredibly effective way to tell a Batman story. This is, in fact, the only Telltale game where I immediately started playing again to make different choices. That being said, this title is one part of a whole game. Batman: Ep. 1 definitely leaves me wanting more, which I suppose is its goal. I have played every other Telltale game once the entire series finished its run, so I am accustomed to marathoning my way through the different episodes. While playing 1 episode at a time will be difficult, Telltale Games does a good job at simultaneously providing a fulfilling experience while also leaving me intrigued. I love the fact that Telltale introduced me to the likes of Oswald Cobblepot, Harvey Dent, Selina Kyle, and Carmine Falcone, and yet I still do not know who the true villain of the series will be. I know the central conflict, but I have no clue where the series will lead me- and that’s exciting. Telltale already has the names and descriptions of all the future episodes included in the season pass, so hopefully this means we will have a semi-normal and fast release schedule. I pray that it will be once a month for the next 5 months, but we can never be sure with Telltale. Overall, my biggest gripe with this story is that it seems like it’s pretty by-the-numbers Batman story. We are only one episode in, so I suppose that we shouldn’t expect any huge twists now, but I was hoping to see something that we haven’t seen in the character. Granted, there’s been over 75 years of Batman stories, so the well may be running a bit dry. Also granted, I could have played my Batman as an extremely violent Batman and a dick Bruce Wayne if I really wanted something different. So take this criticism with a grain of salt until Telltale releases more episodes.

Ultimately, I really enjoyed Batman: Ep. 1. It does everything the introduction to a story should do, and it fixes many issues that plagued previous Telltale games. It never wow‘s me, but perhaps that is what the later episodes will do. As for now, I can definitely recommend this title safely if you enjoy Telltale games or Batman stories. If you feel a bit jaded by Telltale games, I would advise you to wait until the series begins to take a more formed shape.

Full disclosure: This review is based on a review copy of Batman: The Telltale Series Episode 1: Realm of Shadows given to HeyPoorPlayer by Telltale Games. 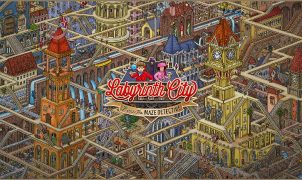