We haven’t caught up in a while, so I thought I’d send you a letter. I saw the work you did for this year’s Summer Sale. Great job! I even bought a few indie games I’ve had on my list for a long time. Of course, now I have a bunch of new trading cards that I need to sell for a couple of pennies each. You know what they say, “one man’s digital trash is probably worth a few cents to somebody.” And I’ve got a LOT of trash.

But enough about me. How about you? How are you doing? I know you’ve been in a bit of hot water over the whole “illegal gambling” thing. I think you’re handling it pretty well, though. I mean, cracking down on shady and illegal dealings with one of your products extremely late and only after you’ve been accused of supporting it is better than never, right? I know, I know. I’m just stalling. Listen, Valve. We’ve known each other for a long time. I mean, I’ve had my Steam account for eight years, to be approximate. So if I can’t be blunt with you now, then I’ve failed you as a long-time companion. Valve, please, with all my heart. Please oh please never ever make Half-Life 3. I know this comes as a huge shock, but hear my out. Making Half-Life 3 wouldn’t be worth it for every single person involved.

Don’t get me wrong. I didn’t always feel this way. I’ve spent years dwelling on Gordon Freeman’s fate. And I know I’ll think about what could have been for the rest of my life. But I’ve also come to peace with the fact that it’s over. I’ve moved on. I found closure. I found it when it finally sunk in that you stopped being a video game company a long time ago. You’re a social media empire, and a damn good one at that. You have a nearly exclusive presence as THE digital game library system on the entire internet. Who else even compares to you? Origin? Pffft. Please. The only reason anyone even downloaded that highway robbery simulator was to play Mass Effect 3 and The Sims 4. You are the king of video game social media, and your throne is too comfy for you to get up now. And I really don’t want you to anyway.

You Don’t Want To Make It My request isn’t much of a genuine plea. You have no plans to make Half-Life 3 in the first place. I just want to make sure you won’t get a change of heart. I remember when Gabe Newell flat out stated that anyone at Valve can work on Half-Life 3. They just have to explain how that work will be more profitable than them working on Steam updates. That was a crafty and smart reply. It made sure you couldn’t get totally flamed and abandoned by the die hard fans who dream of Mr. Freeman’s next chapter. But also, for those of us who thought about it for even a second, he was letting us know that Half-Life is over. No one could possibly explain how the long and arduous process of creating a new engine and developing a brand new game would get them more money than just keeping Steam running. Because it can’t. It never will. Steam makes Valve way more money than making video games ever could.

And that’s the biggest reason why I think you shouldn’t make it. Valve doesn’t make games. Valve makes money. You won’t be satisfied with Half-Life 3. You won’t be satisfied with the product, the reception, or the profits. You’ll either rush through it just to get it off your plate, or you’ll spend far too many resources and time stretching out an extremely long, painful, and understaffed project. Your highest focus is always going to be Steam. Putting an impromptu B-team on Half-Life 3 will only work as a way to cover your IP with a generous coating of fresh urine.

Also, I hate to tell you this way, but you’re also just plain too late. Like, exceptionally late. Half-Life’s formula is pretty old, and it shows its age. Games following the same weapon-swapping, linear play style are marketed as “retro” or “returning to the basics.” They are reboots, re-imaginings, and nostalgia grabbers.

And do you know how well they sell? They sell pretty well. Creating an entirely new product with the same formula wouldn’t hold the same appeal that it did 10 years ago. If you told me you’d make me chicken spaghetti ten years ago but never got around to it, I wouldn’t want it now. That chicken is ten years old, man. There is literally no way that wouldn’t kill me. It’s practically the same for Half-Life 3. I’m so sorry to bring this up.

One option that occasionally drifts in and out of various Half-Life nostalgia forums is the idea of you giving the IP to another company. It’s pretty clear that’s absolutely never going to happen. I understand holding onto the one thing that literally started your success. Hell, I still have my first CP 10 Charmander that I caught in Pokemon GO. Half-Life is your baby. You can’t just give your baby over to someone else, even if you don’t let it go outside. That’s just wrong.

And even if you did want to give it up. Let me just stop. Just right here. I mean, that never works, right? Has that ever been successful? Duke Nukem Forever. Aliens: Colonial Marines. Those were absolutely horrible. It isn’t just that both games were given to Gearbox either. You can’t just avoid them to escape the misuse of the IP. It’s just, you know, definitely don’t give it to Gearbox.

And I know it wouldn’t be your problem. I’m sure some other lucky company would pay insane money to get their hands on Gordon Freeman. And that would just be free money for you. You’re not using the damn thing. But again, Duke Nukem Forever. It didn’t work for the Duke. It won’t work for Mr. Freeman.

Your Latest Endeavors Haven’t Been Great Did any of these sell?

Remember Steam Machines? You may need a minute to really think. They’re easy to forget. I mean, all of us forgot them already. I applaud your drive to keep up with the changing industry. A company that doesn’t keep moving is already dead in the water. It’s just, you haven’t really had a lot of luck lately. Your Steam Controllers did okay. I have one. It’s a neat little gimmick. The Steam Link works as a niche product. I think everyone’s got a friend who has one. We just all might share that one friend.

Now you’re so dedicated to hopping on the VR train. You’re so proud of the HTC Vive. And yeah, it’s also doing pretty well. But dammit Valve, I’m disappointed. The Vive is just another run-of-the-mill, cutting-edge-of-technology virtual reality device. Weren’t you working on enhanced sensory interaction or heart monitor integration or something? I could swear you were trying to take VR to impressive places.

And I think that’s been your standard operating procedure over the past few years. “Take sensible risks.” You invested in hardware, but it ended up just being a typical computer running Linux. You built your own controller to revolutionize controller use on PC games. You’re still working on getting the firmware just right. And all you did was put a touch pad where a joystick would have gone. And I already know that’s the exact same thing that would happen with Half-Life 3.

I’m not saying you’re doing anything specifically wrong. Sensible risks are a good way to test the water when you’re a mega-successful company. You can’t bet it all on black and hope everything comes out okay. But Half-Life deserves better than that. You can’t make bold claims about how Half-Life 3 will revolutionize storytelling and gameplay and then just release more of the same on an updated engine. Half-Life 3 isn’t sensible. Half-Life 3 is a mythical legend.

Just Do Your Thing The most frustrating thing about writing this letter is that I already know you know these things. You act coy in interviews. You smartly cower behind vague wording about how you haven’t canceled it. But you have no intentions of making it. I just want you to let it all go. Be proud about it. It doesn’t mean you’ve turned your back on your fans. It means you’ve grown as a company. You aren’t in the same place you were ten years ago. You’ve moved on to bigger and better things. That’s nothing to be ashamed about.

Don’t worry about how the story isn’t finished. Some of the best stories never are. I mean, just look at A Song of Ice and Fire. It probably won’t ever have an ending, and it’s a masterpiece. It doesn’t need an ending. What it needs is total closure. Not in tying up loose ends, but in officially putting it to rest. Valve, I’m proud of you. I’m proud of what you’ve done and what you’re doing now. Just be honest with us and let everybody, including you, move on. 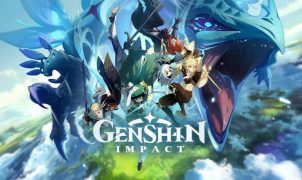 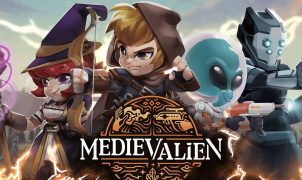