Two new Sonic games is reason to be excited, but what do we really know about them? I’ve always been a die-hard Sonic the Hedgehog fan. Even during its darkest days, I hung onto the hope that Sega and Sonic Team would someday return with a brand new title that would knock our collective socks off and prove to the naysayers why the Blue Blur was still relevant. And that’s sort of what happened a week ago at the 25th anniversary party. Sega announced not one but two brand new titles that were coming our way in 2017: Sonic Mania and Project Sonic 2017. So, what do I, as a solitary Sonic fan-boy, think about these surprise announcements?

Let’s start with Sonic Mania, a throwback title of sorts that aims to recapture the glory days of Sonic’s first few titles on the original Sega Mega Drive/Genesis. Whilst Sonic the Hedgehog 4 tried to do the same thing, this one is clearly going all-out to resemble the original trilogy. From the 16-bit visuals to the retro-music to even Green Hill Zone coming back, Sonic Mania feels very much like a celebration of those games. You could probably easily mistake it for a Mega Drive game if it weren’t for the slightly updated graphics.

Anybody remember Mega Man 9 & 10? Those games did a similar thing; re-using classic sprite-art from the early Mega Man games to appeal to older fans and capture that retro appeal. It worked, yet Sonic Mania is going a little bit further than that. While the visuals are instantly recognisable as 16-bit, a closer inspection reveals a lot more detail. Sonic has more frames of animation as he jumps and bounces – it’s especially noticeable on what we can assume to be the game’s title screen. The way Sonic pops up from within the ring is so smooth and bursting with personality; it’s a neat, little compromise between retro and modern art-styles.

On the other hand, though, I personally can’t help but find the whole thing a little bit cynical. There’s no denying that Sonic’s 3D history has been rough, and there has always been a part of the fan-base that has demanded Sega just make another game like the originals. And this IS that game. It’s clear that this is Sega’s way of “apologising” and trying to win back those fans’ faith. That’s why it’s not just a new 2D game – it’s the missing follow-up to Sonic 3 & Knuckles that so many people have wanted. But it’d be wrong of me to chastise Sega for making a game that people wanted. And it’s not like it’s just a re-release or something. I’m just biased as I grew up with the 3D games (and I’ve always been terrible at the original ones). As long as they don’t bring the original’s lack of a save feature, I’ll most likely give Sonic Mania a look myself.

That said, I was a little worried when I thought that this was the ONLY thing that Sega announced. After months of generating hype, a simple, little game like this didn’t seem worth it, even if it was a return to the classics. Which is why I was pleased to see a second trailer for what is meant to be the next main Sonic title.

It’s hard to really write about it, though, since there’s so little to go on but I will admit, the trailer raised an eyebrow when I first saw it. Foreboding music, a dark atmosphere, a city in ruins, Sonic standing atop a building with a grimaced look – it felt more like a Batman trailer than anything. Even the tagline of “Join the Resistance” sounds like something you’d hear in the next Call of Duty or something. Sonic has had brushes with darker tones before but those tended to result in games like Shadow the Hedgehog and Sonic 06 (spoilers: those games were rubbish).

Still, there was enough there to alleviate worries. While there was no gameplay, Sonic’s actions strongly suggest that this game will be bring back the Boost formula of gameplay seen in Sonic Colours and Sonic Generations. In fact, the trailer makes a point of saying that the development team also worked on those games specifically. Throw in the return of Classic Sonic from Generations and it sounds like a winning formula. People loved Generations because it was the best of both worlds – classic 2D platforming and high-speed 3D action. Honestly, the most interesting part of this new game is that, according to the developers, it’s not a sequel to Generations, meaning a completely original title with brand new locations to run through. Again, it’s hard to really sum up feelings about this game with so little info and so many questions still hanging in the air. Has Classic Eggman teamed up with his modern self again? Is there going to be a more developed story? Will any of Sonic’s other friends make an appearance aside from the usual suspects of Tails and Knuckles?

Honestly, between these two games, it’s Project Sonic 2017 I’m more interested in. Mostly due to lack of info. With Sonic Mania, you already know what to expect from that one trailer. Sega doesn’t need to hide stuff in order to hype it up. Some might still be skeptical about the new 3D game (and arguably rightly so) but I’ve always held onto my faith in the Fastest Thing Alive.

With any luck, 2017 will be the year of the hedgehog. Between these two titles, Sonic will be able to bounce back and pave a new path for himself. Hopefully, we’ll reach a point where Sonic will stop being considered an icon of the 90s that’s hung around for far too long and, instead, people will be able to wholeheartedly say that he deserves to keep on going. 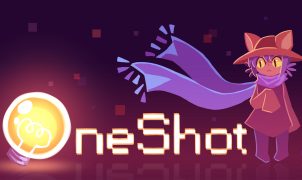 OneShot Coming To Consoles In Honor of 5th Anniversary