This is the Police Review (PC)

Wrapped Around Their Fingers I live in the United States. Police has become a loaded word and it’s hard to get into anything that involves the word without associating it with current events and turmoil. This is the Police seems aware of everything going on, despite a letter from the devs stating otherwise. It’s important to acknowledge this because it made my experience with the game so much more powerful. This is the Police could not have been more unassuming. At first glance, it seems like a cut-and-dry police drama whose biggest asset is having Jon St. John, the voice of Duke Nukem, as the main character, Frank. While the voice acting is certainly strong, there is so much more to talk about with this game that takes precedence. Before we get into what makes the game hit as hard as it does, let’s talk about the basics. There are two facets of game play. The first part you’ll tread is the story line which appears most mornings before you go to work. This is mostly images and dialogue options but the choices you make are significant to how the rest of the game will pan out. Once you’re done with the morning you head to work which takes place over a 3D model of the city in Frank’s office. This is where the game opens up to something much stronger than an adventure game or strategy title. From here you’ll command your police force, and each section is worth looking at piece-by-piece. For the first week or so, This is the Police introduces a new mechanic every day. On day one, you’ll see random events pop up across the map. It’s up to you to decide how many officers to send and whether or not the officer can handle it. There is a simple ranking system under each officer’s photo and this “professionalism” rank can go up or down based on mission outcome, community interaction, and by upgrades you can give them.

If you have the budget as well as the space you can hire on new officers. You can make space on the team for new officers by firing members of your squad. This can be both for legal and illegal reasons. Later in the game you can even have them set up and killed…but we’ll get to that later. Once you get your squad down you get many other aspects to balance such as requests by city hall, investigate gang activity, mob requests, and deal with special requests from the community. Everything in This is the Police comes down to making a choice, and somehow these are never easy, and herein lies the real power behind this title. Reverting back to the beginning of this piece, it’s impossible not to be swayed by the context of being an American law enforcement officer. Even though the game seems to take place sometime in the 80’s or 90’s, it’s still impossible to separate recent events. As such, there’s no possible way to feel like you’re the good guy, and believe me, I tried.

When it comes to moral choice systems I find it impossible to take what feels like the evil path. I never killed a Little Sister in Bioshock, I finished Fallout 3 with Savior of Wastes as my title, and I don’t even like running over people while on missions in Grand Theft Auto. If the game’s sole intention is to be evil I’ve got no issue, but given the choice I always feel like it’s the only way I’ll get the game’s “good” ending. The goal of the game is to retire with $500,000 and in order to make that happen you’ll have to do things that aren’t morally sound.

Take for example, the overarching mafia plot. The mayor is in their pocket, your closest friend is in their pocket, and even city hall seems to be connected. The very first task City Hall sent my direction was a little more than uncomfortable for me to see. The following screenshot sums it up: I couldn’t possibly entertain that idea. Not even for a second in a simulation. Sure, the game told you why you had to do this, but that didn’t make it any more of an option for me. So I ignored the request of city hall, and what was the consequence? They cut my departments funding and I was left with one less slot for an officer to work on the first shift. That’s not much of a price to pay considering how timely and terrifying it is to be put in that situation. Still, that was the first thing This is the Police threw my direction, and every subsequent choice I faced proved to be just as difficult. Another situation arose through the mafia plot. Another close friend in the department offers you a good word and I refused. The media caught wind of his connections and he tried to flee but came to me for help first. I turned him down along with every situation involving the mob from there on out. Short version is I ended up dead. I didn’t even know it was possible until it happened, but there it was making me start fresh.

The choices you make in This is the Police matter. There wasn’t a single time in This is the Police where I felt confident in my decision. This isn’t to say that the game is random, more that there are outside influences in everything you can’t see, and it makes you question how things should be handled. If you want to survive, you’ll have to play ball, and this is where things get a little mixed.

After a day or two I felt completely engaged in the world that was This is the Police. Every time an officer or civilian was killed, I felt it, but the game barely mentions it. I felt like a player in a tabletop role playing game, and every time I sent an officer to a crime scene or situation the dice were rolled. Sometimes you came back unscathed and other times people end up dead. It’s not ideal, and what’s worse is there’s no extra information to find out why things turned out that way. Still, This is the Police will force you to do things you don’t want to do, and this is extremely dangerous and sensitive subject matter to tackle. Was I completely engrossed in the game? Yes. Does it handle every situation reflecting reality well? Not necessarily, but the game leaves a lot up to the player in most situations. Other times it feels a bit silly. A local boxing gym reached out to my department to ask if I would send an officer to spar with one of their fighters. They requested the strongest officer, so naturally I sent an old woman with the lowest professionalism rank on my team. She came back with a largely increased ranking for the price of needing the rest of the day off. Times like these are when the number generator underneath the game shine through. It doesn’t break the immersion completely, but if this were a situation involving racism, sexism, or some of the other heavy subject matter it would have really taken away from that.

This is the Police makes me uneasy, but what made me uneasy about it is what makes me want to recommend it. I felt something from the narrative by having a hand in how it panned out. I didn’t feel like a hero and I was scared to make a decision that pulled me further from that role. It reminded me of the feeling I got playing Spec Ops: The Line. I’d like to think the game isn’t glorifying this behavior but putting a lens over it, but that’s all up to the player. I highly recommend This is the Police if only because it started a discussion in my head this country’s trying to have. I want people to play this just to hear what they have to say. Intentions or not, This is the Police is going to get a lot of attention based solely on the subject matter.

Full disclosure: This review is based on a review copy of This is the Police given to HeyPoorPlayer by the publisher. 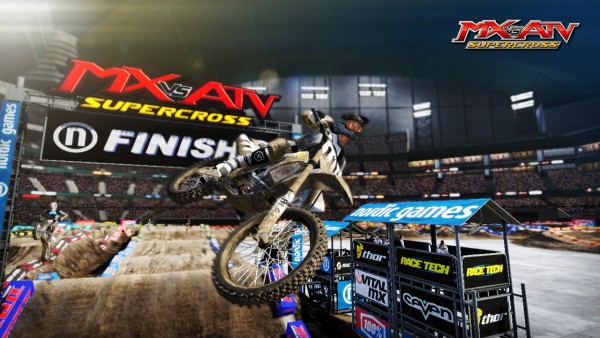