Prepare To Exterminate The Vermintide On Consoles

The Skaven Are Coming! Fatshark and Nordic Games have teamed up to bring Warhammer: End Times Vermintide to PS4 and XboxOne this fall. More than half a million PC gamers have already experienced the siege of Ubersreik, now console players will finally get their chance.

Warhammer: End Times Vermintide is set for worldwide console release on October 4th, 2016. Fatshark will self-publish the digital version for both consoles. Meanwhile, Nordic Games will be responsible for the worldwide physical editions.

“We are over the moon to be working with Nordic Games on this release as their experience and expertise are incomparable,” Fatshark CEO, Martin Wahlund said.

Vermintide drops players into the overrun city of Ubersreik. They must band together in four player coop against endless Skaven hordes. To do this they must utilize the unique play style and weapon arsenal of their selected hero, and do all they can to survive to the end of the level.

The console version will include all DLCs currently available for the PC version. This includes Last Stand Game Mode with both it’s maps. Players must fend off hordes of Skaven in intense and increasingly difficult battles. The console edition will also include Sigmar’s Blessing and the Drachenfels DLC, with three additional maps. These added adventure maps take players outside the walls of Ubersreik for extended Skaven slaughter.

Since I’m always on the lookout for fun coop games, Vermintide has definitely been on my radar. Hopefully the PC version won’t be cast aside once the new extended version hits consoles.

Take a look at the announcement trailer and let me know if you’re looking forward to getting some friends together for Warhammer: End Times Vermintide. 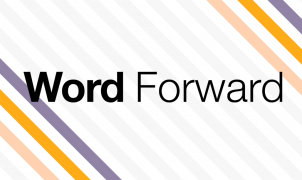