This post-apocalyptic game series is held in high regard among players, and for good reason too. The mix of fun action, RPG elements, decision-making, and 1950s aesthetics make this a one-of-a-kind gaming experience. But would this make a good movie? I hear you ask. You have to create and customize your very own character, there is not one actor that can fit the build; I hear you continually whine. Well, that is exactly the point!

A talented director could cast and direct any actor, male or female, young or old as the protagonist; you don’t need to fill an already existing look, like the one needed to cast the new Lara Croft. Furthermore, an equally talented writer could mold a fantastic narrative around the hundreds upon hundreds of quests found throughout the wasteland.

Just imagine seeing all the ruined 1950s memorabilia on the big screen, all those dilapidated buildings, all those weird and wonderfully mutated creatures, and a throng of bandits fighting it out over a handful of bottle caps. Hell, I for one would like to see the protagonist drink some toilet water; yes I did that a few times… in the game. I am getting myself excited for this wishful feature now. Let’s hope it becomes a reality soon. 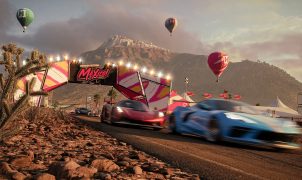 Gaming Nirvana Forza Horizon 5 is the rare game that makes me wish I didn’t write about them. Not because of anything negative about the game, but instead because…