Taking The Fight To Negative-Space

The deceptively simple looking playfield serves a unique purpose in multi-player negative-space shooter, Inversus. Designed for one to four friends, player movement is restricted to opposite colors of a black and white grid. Each shot fired flips the tile colors, opening a path for the shooter and closing a path for the opposition. The idea is to try to block, trap, and close in to take out your enemy.

The game is developed by the one-man studio, Hypersect. Founder Ryan Juckett, the former lead sandbox engineer on a little shooter called Destiny, hopes to put player’s reflexes to the ultimate test. To this end, Inversus was designed with critical attention paid to the feel and feedback of gameplay.

“It’s what players will notice right away in Inversus, and something I’ve consistently seen people enjoy,” Juckett said.

Inversus should be a treat for both action and strategy enthusiasts as it balances spatial control with quick reflexes. With a the board constantly changing and reaction to the players, no two games will play out the same way.

It’s probably best to check out the gameplay trailer to really get a feel for how the action plays out.

Battles take place in competitive 1v1 and 2v2 modes on one of over thirty available maps. Players can fight to hold the world record in single and multiplayer arcade modes, or just take on friends. Online and local couch play are both supported. You can pre-order Inversus for Steam or at the Humble Store and receive a 10% discount until the launch date. 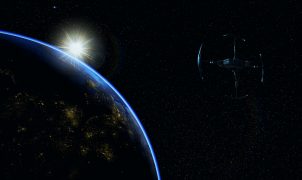