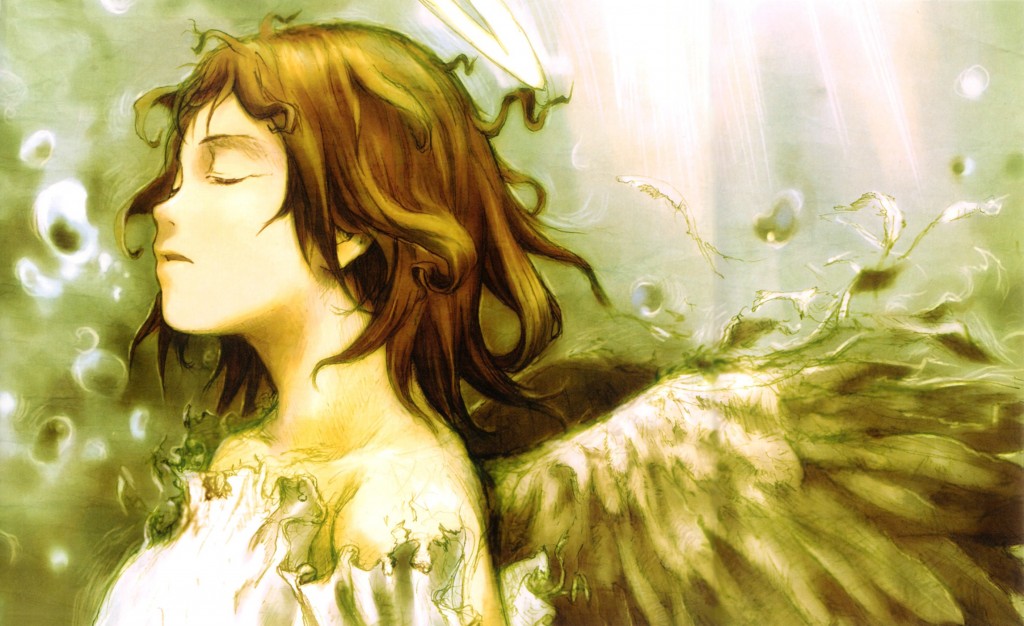 Rakka emerges from her cocoon with nothing to remember except for falling. Confused, she is welcomed into this new world as one of the Haibane, a group of youth with small gray wings and bright halos. Together, they live in the Old Home on the outskirts of Grie, a quiet town where wingless, halo-less people live. The most important one being that Haibane cannot go near or touch the massive walls that surround the town. Only beings known as Toga may come and go as they please. Rakka works through her own doubts and questions as she starts to understand what she is doing in this world, while working towards the goal of each Haibane; to get beyond the walls on their Day of Flight.

Two reasons why I chose Haibane Renmei to come to the West; angels and interpretation. This is not my favorite show, but I understand the fandom that it has as a series. The series from the beginning to even its end has many people discussing their interpretations, and that is enough to become a hit in America and Europe. Also, many people love angels or anything that is associated with them and Christianity. This may come across as stereotyping, but then again most decisions from entertainment companies usually are. 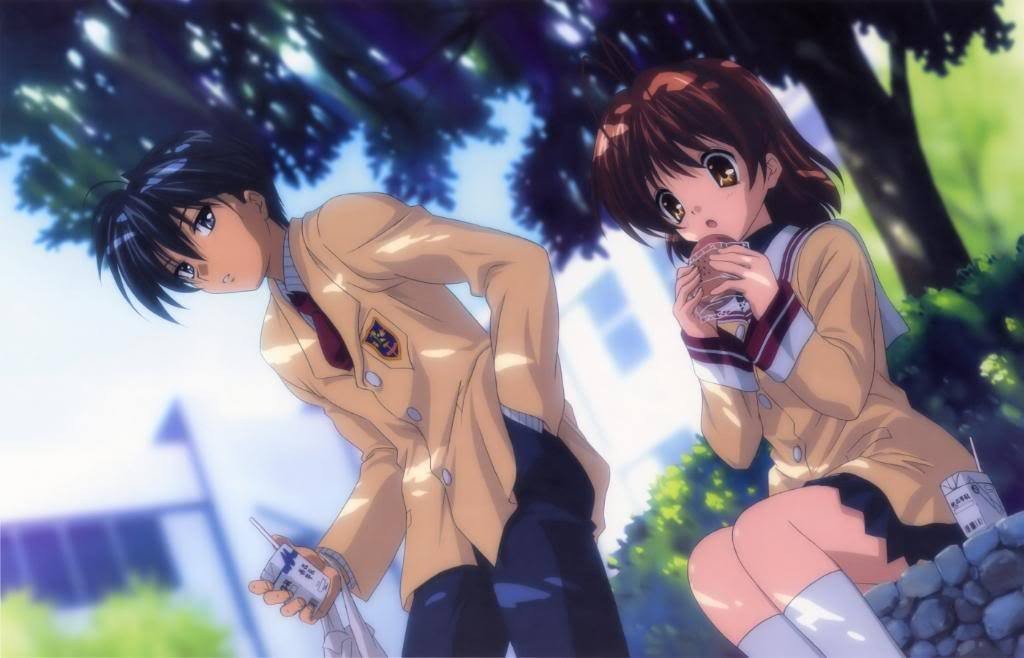 A higher school student, Tomoya, becomes resentful of his life after the passing of his mother. This causes a rift between his father and him resulting in a fight that injures Tomoya’s shoulder causing him to quit basketball. Since then, Tomoya has had distant relationships with his father, causing him to become a delinquent over time. While on a walk to school, he meets a strange girl named Nagisa who is a year older, but is repeating due to a rare illness. Due to this, she often remains alone as most of her friends have moved on. The two begin hanging out and slowly, as time goes by, Tomoya finds his life turning in a new direction.

I wasn’t quite ready for this series to take a hold of me like it did, especially the second part of the story. Clannad has enough drama and romance to keep any female glued to the television screen every week. This list needed a romantic-drama and I couldn’t think of any other at the time that got me addicted as much as Clannad did.

Once again, there are many anime that could have made this list. What would you like to see be adapted into a television show for the West? Let us know in the comments below!

A Game About Hope? Sorta? Maybe? Nope It’s hard to imagine a world without our dependence on te[...]