Boid to the Bone

I see what you did there.

I’ve never been good at real time strategy games. I can never balance my resources, troop allocation, currency, building times, and snack budget. I either rush ahead of myself and send untrained peasants to an embarrassing end, or I camp out behind my walls and watch as my men get picked off. So, I was a bit worried when my editor folded the Steam code for Boid into a paper airplane and threw it at me. I was afraid I wasn’t going to be able to do the game justice. But I have a job to do, and a magical amulet induced inability to reject any assignment. So I downloaded the game and hoped for the best.

Boid markets itself as a primal RTS. Supposedly, this meant players won’t need a spreadsheet open to keep track of everything they had going on. No base building. No currency. So I was expecting an RTS that was easy to pick up with little tutorial. So while I may be completely demolished from the word “go,” I couldn’t blame it on overly complicated mechanics.

I wanted to actually beat something. Given, I also wanted to earn it. A victory means nothing if its easy. If I failed in a mission, I wanted to be able to point out where I went wrong and learn from it. In the past, there were too many times where I stared at a Game Over screen with no idea of how I got there. I trained the damn troops. I cut down the damn trees. I scouted the damn map. What I wanted was at least a chance to grow and develop as the game ramped up its difficulty curve. 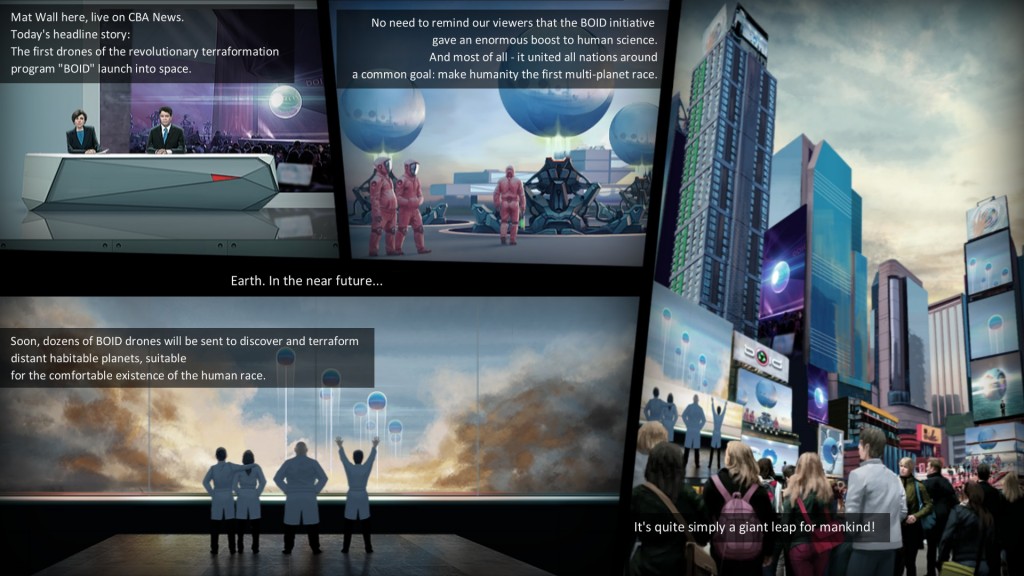 One out of Four Scientists Approve

Boid is an RTS game that features small, genetic matter. From what I could understand from the vague, comic-style story introduction (see: above), there was some kind of terraforming mishap, and I was responsible for cleaning it up. Now given, the images are very pretty to look at, and I wasn’t there for a heart-wrenching narrative. However, I would have liked something a bit coherent. From there, I was brought to a mission briefing screen for an overview of my objective. 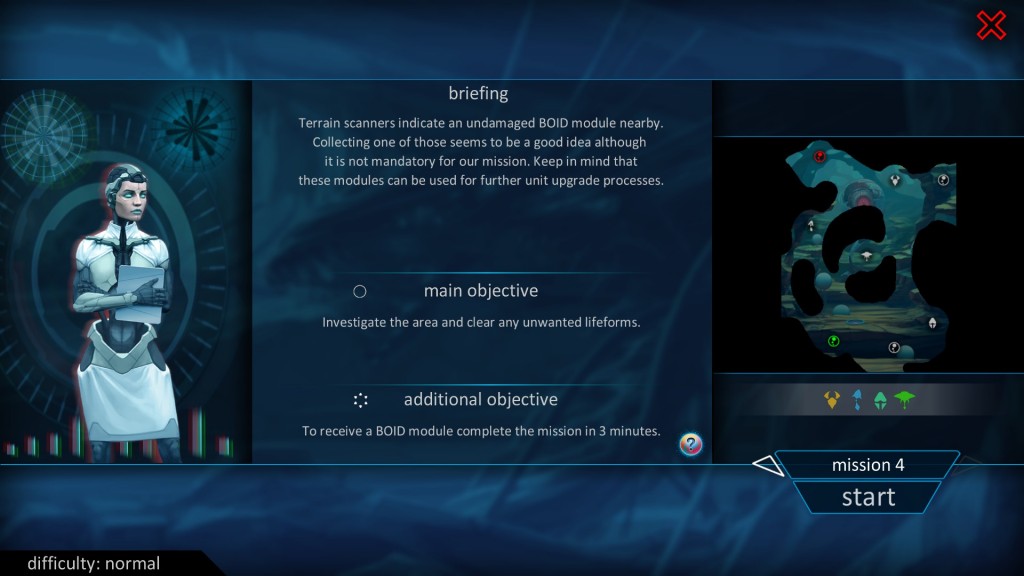 Boid does a solid job at explaining the task at hand. There’s always a bit of flavor text to help make sense of what you’re doing. Under that, there are the objectives. The main objective is self-explanatory, you beat the level by doing that thing. The additional objective was an interesting factor, though. Completing those was entirely optional, but if I troubled myself with them, I was rewarded. They would yield modifications that would help me on the battlefield. But the real benefit came with the minimap. It told me everything I needed to know for the mission. I could fully see where I spawned, where my enemy spawned, and all of the other stuff on the field. This proved to be crucial in my later missions. All that’s left is the start button. So I slid my pointer over it and prepared for the worst. 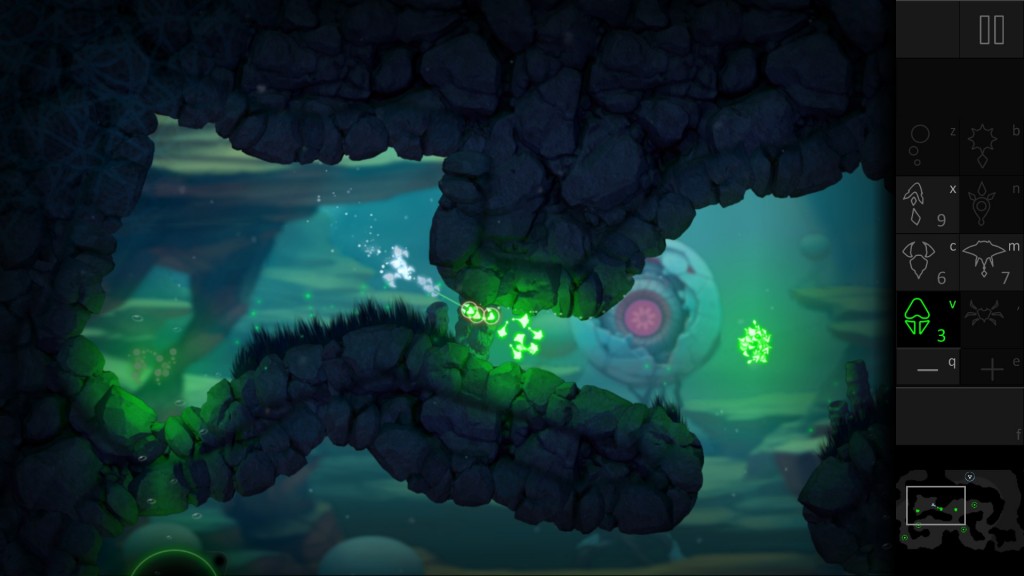 The gameplay is smooth and self-explanatory. You have a spawner that generates your troops, which are like little cells. You can claim any spawner on the map by killing everything inside. Well, you can claim pretty much anything on the map by killing everything inside. Aside from spawners, there are also little nodes that upgrade your troops. These upgrades either empower a part of the cell or give it a special ability. Some of these nodes can make a cell stronger while another can make them faster. Some allow them to shoot projectiles while another gives them the power to heal nearby cells. So in that case, there is at least some form of resource management. Troops need to be plentiful, and different types are right for different situations.

Combat follows a rock-paper-scissors approach. The fast ones take out the projectile shooting ones easily. The strong ones take out the fast ones. The projectiles make short work of the strong ones. This gets more involved when other troops enter the fray. There’s one that can spread disease, but it can be cured by medics. There’s another that explodes when it gets close to an enemy, but it can wreck your own troops too. In fact, I had one humiliating defeat that was caused by a single enemy cell entering my bomb node. Over a dozen troops immediately ignited themselves in a blaze of glory to take out the same little cell who was probably popping in for a cup of sugar.

The nodes in the game count as strategic points. Either side can slip in and take the node, making that class of troop. That means that if my enemy took the only medic node on the map, I have to take it by force if I want it. This is also true for spawners. You can overpower your enemies out of a spawner and take it for yourself. And actually, that was a typical win condition for a map. In the end, the game offered plenty of opportunities for tactics, planning, and foresight, which is impressive for a game that considers itself “primal.” But enough about that, how did I do? Did I crumple under the weight of an unfamiliar genre? 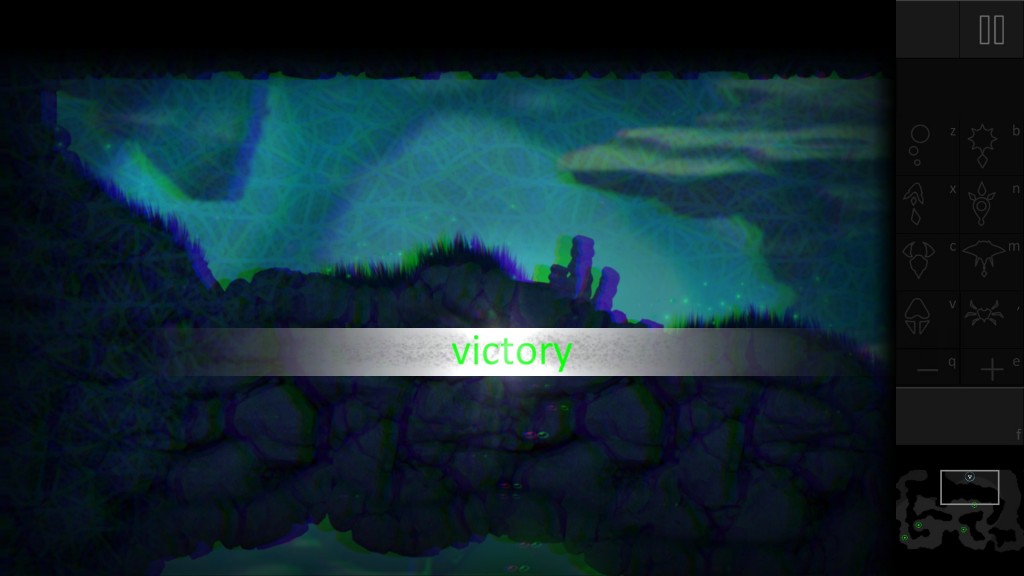 I won. I actually won a lot. And yeah, the intro levels were easy, but the difficulty did ramp up. I didn’t always come out on top. I knew the taste of defeat very well; however, I usually had an idea of where I went wrong. Take the bomb-extravaganza I mentioned above. I learned a valuable lesson about where to keep my bombs and how to protect them. Other times I learned about the most important nodes to take over or which path was likely less guarded. In other words, I got what I wanted. 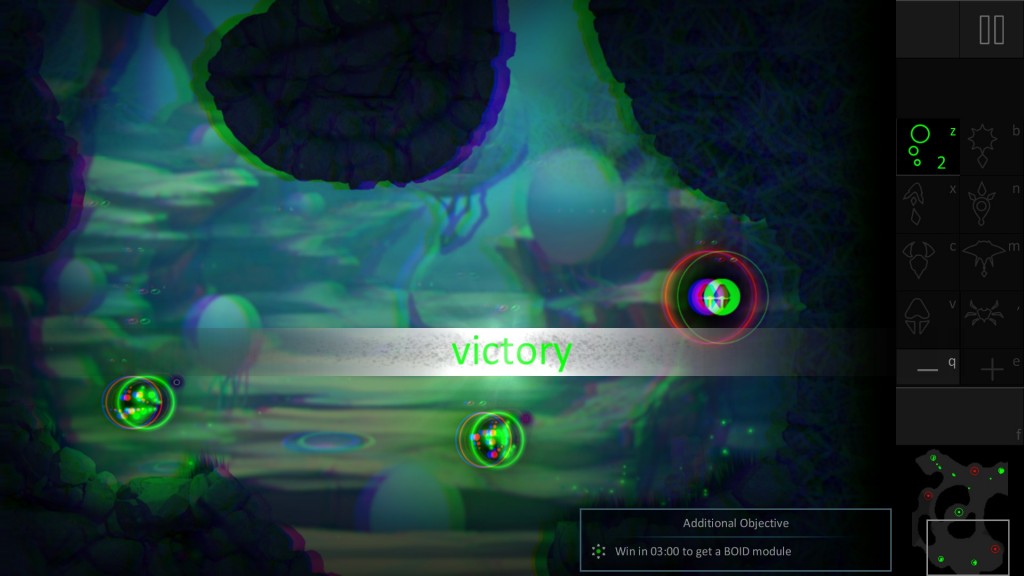 I’m not entirely free of complaints, however. Some information could have been given out a bit sooner than it was. I was about halfway into the game before I learned I could link a spawner to an upgrade node, telling my troops where to go right from the start. Before that, I was manually telling them what to do. Also, the map movement was a bit difficult to handle. Especially in later levels where multiple points are defending and attacking at once, it was awkward navigating across the expanse. I fully understand why pausing wasn’t a possibility, but having to track down exact points on the map in real-time was often the cause of plenty of hang-ups. But honestly, other than that, I can only think of one other thing that chaffed me. 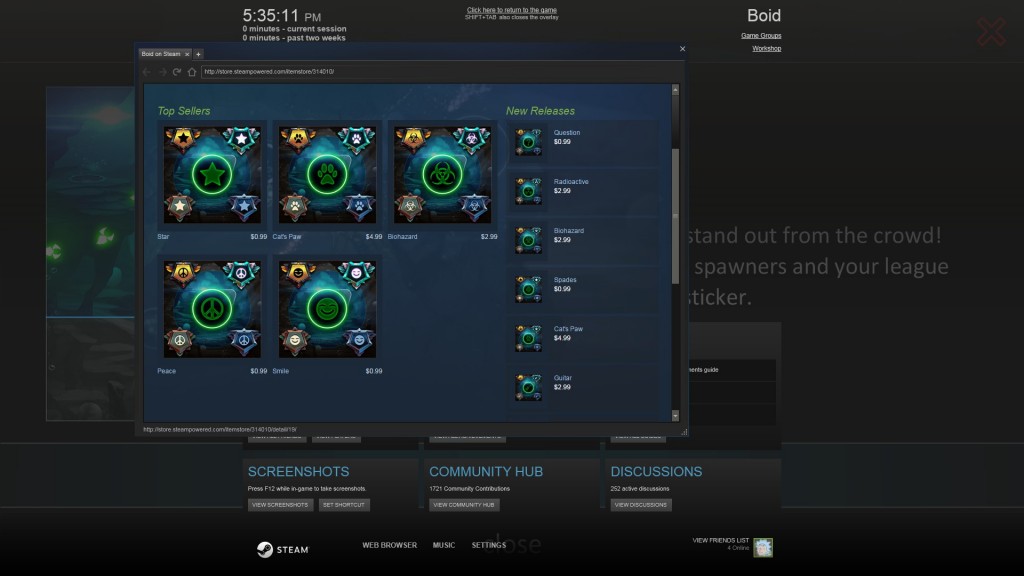 Oh, come on! We went over this in my SpeedRunners review! This is a screenshot of the marketplace where they expect players to purchase skins for their spawners. However, I do feel obligated to say they aren’t entirely in the wrong here. Boid is specifically free for multiplayer purposes. You have to hand over cash to play the single player campaign, but multiplayer is out there for everyone. In this case, I do fully understand the need for these kinds of transactions. And yes, I’d rather they be cosmetic than to integrate a play-to-win strategy. At first it turned me off to see this, but then I did talk sense in myself before moving forward.

I really enjoyed Boid. It was a solid game crafted exceedingly well. I encountered no glitches, hiccups, or crashes. The combat was fair, but delightfully unforgiving. I ended up with favorite troops and favorite tactics (specifically to claim the medics and then spread plague across the land). I can say that Boid has won my over on RTS games in the future. That is, until they start kicking my ass again.

Full disclosure: This review is based on a review copy of Boid given to HeyPoorPlayer by the publisher.