In Space, No One Can Hear You Type Set in a retro-future inspired by the likes of 2001: A Space Odyssey, Solaris, and Brave New World, Event[0] is a game about building a relationship with a spaceship AI. What began as a six-month student project, the game first drew attention as an award winning concept demo. Event[0] has since evolved into a full title under the Ocelot Society.

Created with Unity Engine 5, Event[0] strands players on a desolate spacecraft, Nautilus. Their only companion as they explore is an insecure ship AI named Kaizen. Players interact with Kaizen by typing messages into computer terminals throughout the ship. Through these interactions the game’s first-person multi-layered story organically emerges.

Kaizen is able to procedually generate over two million lines of dialog and is strongly influenced by human input. Players use natural language to communicate with Kaizen  as they form a relationship. This relationship can alter their experience based on Kaizen’s fluctuating moods. In order to make their way back to earth, players must work through Kaizen’s fears and anxieties. They will also have the chance to unravel the Nautilus’ cryptic history. All sounds in Event[0], including incidental music, come from within the environment. Since the Nautilius is essentially Kaizen’s body, players receive valuable clues about the AI’s mood through the different sounds they hear.

Event[0] is planned to release on PC and Mac this September through Steam and the Humble Store. More information is expected in the coming weeks, but the game’s trailer gives a good enough look for me to be tentatively excited about this one. Most of the game’s success will rely on how well Kaizen can understand and respond to the actual comments of players. Hopefully, at least some of those two millions lines of dialog went towards understanding dank memes. 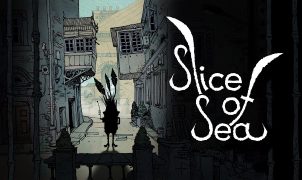