“We are delighted to have signed this publishing partnership and look forward to using all our pan-European publishing network to maximize the potential of the ATLUS and SEGA games” said Dr. Klemens Kundratitz, CEO of Koch Media/Deep Silver.

“In entering this partnership with Deep Silver, I am truly delighted we will be able to release our titles in the European regions,” said Naoto Hiraoka, CEO, Atlus U.S.A., Inc., and senior vice president of publishing, Sega of America, Inc. “Not only does the deal span multiple titles, but Deep Silver has a strong presence in European and PAL retailers. They have a strong passion for being able to deliver physical games to our fans in those territories, which we hold in high regard.”

SEGA and ATLUS have received much flak in recent years for the long delays between their stateside and European releases. Here’s hoping this new arrangement with Deep Silver ensures that our friends across the pond are able to get the latest releases from both studios in a more timely manner than they’ve come to expect. 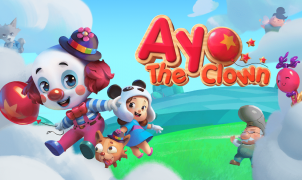 Ayo The Clown Review: Clowning Around   I’m a sucker for a 2D platformer. They’re the ultimate form of gaming comfort food, which, when done right, take me back…