South Town may be all the rage in the King of Fighters universe, but what about South America? ATLUS and SNK today released a new trailer for The King of Fighters XIV that showcases the game’s trio of brawlers who represent the underappreciated continent.

Bandeiras Hattori, Zarina, and Nelson make up The King of Fighters XIV’s Team South America. Each of these pugilists is fighting for a different reason in this tournament, but they’ve banded joined forces to help each other out. Bandeiras Hattori is a self-trained ninja who practices the Brazilian ninjutsu, fighting to win the tournament to earn respect and get students for his dojo. Next up is Zarina, the savior of rain forests, who wants to raise money and awareness for the environmen. Accompan ied by her adorable toucan friend Coco, Zarina uses her rhythmic Capoeira fighting style to get an edge against the competition. Lastly, there’s Nelson, the boxing prodigy who wants to punch his way to the top in order to raise money for a loved one. He lost one of his arms in an accident, but was lucky enough to receive a mysterious cybernetic replacement that you could say gives him the upper hand during fights. He’s an menace up close, delivering devastating hooks and formidable speed to the arena.

Check out the Team South America trailer below:

The King of Fighters XIV will be making its way exclusively to the PlayStation 4 on August 23, 2016. The game will be priced at $59.99/CA$79.99 at launch. Additionally, pre-orders and a limited number of launch editions will arrive in this special SteelBook case. Plus, for the week following launch, the Classic Kyo costume DLC will be free to all players. 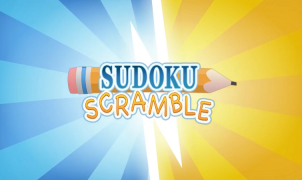