You ready to Guild up? As of June 23, 2016, Tactical Mobile RPG Luna Chronicles now has a few new features up its sleeve in its huge “Stand Together” update; players can now create guilds, and access new features through those guilds.

Guilds offer several advantages to players who wish to participate: they can receive rare items, and get boosts in hard battles. One of the guild features is the Guild Altar, which will unlock a series of stat bonuses over time, which can be used in any combination to give players an edge in all PvE modes. Players can also access the Market and Refinery, which allow players to buy and sell unwanted equipment, assets, and heroes, respectively.

On top of the added mode, players now have access to two new heroes: Korvan, an attack-style sorcerer, and Deino, a balance-type Witch.

This is the first of several new updates that plan to be released for Luna Chronicles in the coming months.

If you’re interested in the game, and want to check it out, take a look at the trailer here:

Luna Chronicles is only available for iOS and Android. 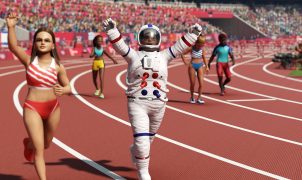