Change may be Good, but it’s not Resident Evil. 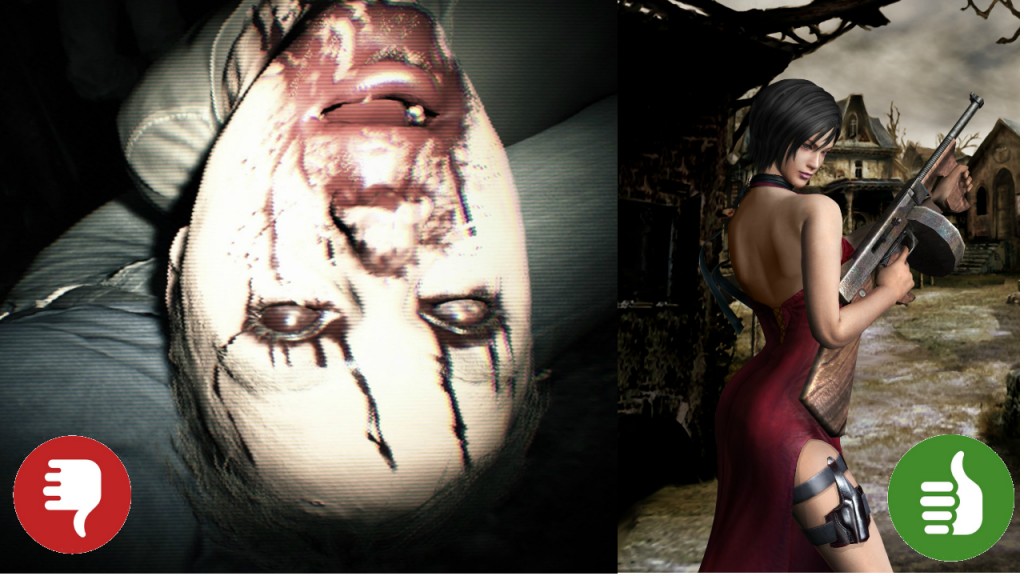 A lot of people have been clamoring for Resident Evil to return “to its roots” in gritty survival horror. The thing is, Resident Evil was never about gritty survival horror. It was always a campy action series with judicious sprinklings of horror. The new teaser demo for Resident Evil VII profoundly disappointed me on so many levels, as it seemed to be a misjudged attempt to get “back to basics” and be more serious after a procession of increasingly over-the-top entries. This is a mistake. The outright craziness of Resident Evil is what makes it unique – and glorious.

Right from the very first time I popped in Code Veronica and heard a positively Vincent Price-esque declaration of the game’s title: “Resident… Eeeeeevil!”, I was truly tickled pink – and it was just a prelude for all the fun silliness to come! The villians of Resident Evil are campier than Kenneth Williams and Andy Dick doing a midnight performance of the Rocky Horror Picture Show. Take the example of Alfred Ashford in Code Veronica; the staggeringly posh scenery-chewing princeling who is so deliciously insane that he periodically dresses in a frilly frock, believing himself to be his dead sister. Then there’s Raymond Salazar from Resident Evil 4: the tricorn-hatted little Napoleon who speaks with a startlingly stereotypical Spanish accent (and that quintessentially silly treatment of different cultures is another fun part of Resi). You can’t forget the man himself: Albert Wesker – who is such an excessive parody of what’s culturally accepted as cool: he literally wears his sunglasses at night, and boredly brushes aside the affections of the bountifully-bosomed Excella Gionne in Resident Evil 5.

I may have arrived at Resident Evil a little late to the party, but I think it’s fair to say that the campy fun didn’t start with Code Veronica. If you think that Resident Evil wasn’t oozing with campiness right from the start, I’d like to offer you a Jill sandwich.

Resident Evil has always been compared with Silent Hill, as they both had their first entries on the PS1 and went on to define videogame horror together – but they were never truly competing against eachother. They’re two completely different types of games. 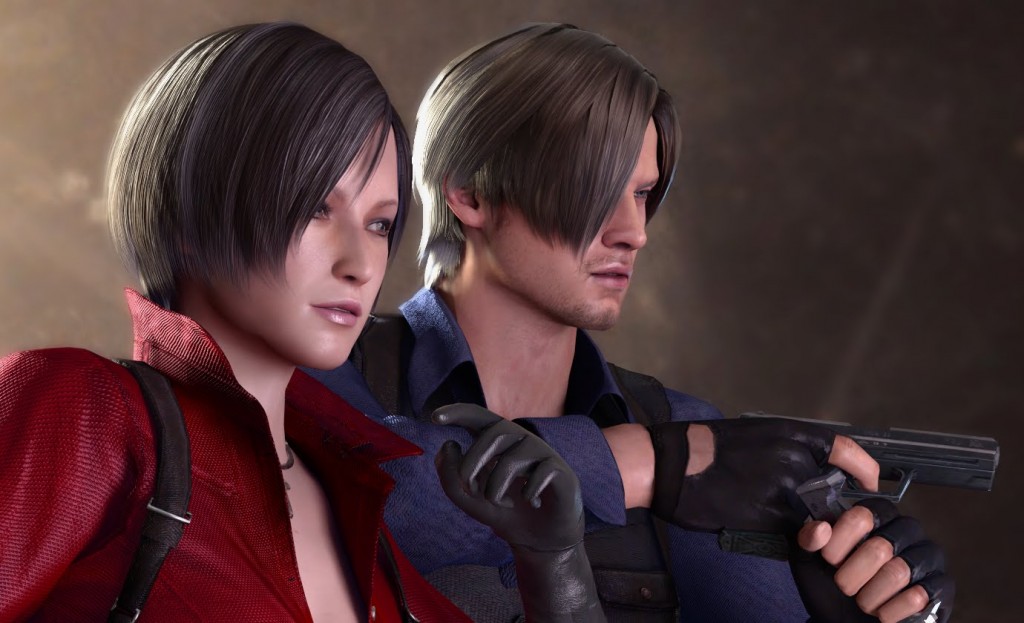 Too sexy for their own good.

In Resident Evil 4, Ada Wong is battling zombie hordes and cartwheeling all over in the shop, while wearing an immaculate red evening gown; a slit down the side giving tantalising glimpses of leg as she goes. She always finds time to flirt with Leon Kennedy – a sulky dreamboat with anime-like blonde locks. The two of them create simmering hot clouds of sexual tension between them, which hover above the growing piles of zombie corpses as they blast away. Let’s not forget strong-but-sensitive beefcake Chris Redfield and his will-they-won’t-they relationship with the gorgeous Jill Valentine; who spends Resident Evil 3: Nemesis overflowing out of an improbably tight strapless tanktop.

These heroes are mentally resilient too. They care about eachother, but are fairly non-plussed about the sheer aggregate death and destruction they constantly witness. If any of them encountered any of the baddies in the REVII: First Hour, they would kick some ass and make a juicy quip. You simply can’t have these beloved characters in a depowered, “realistic” setting; as it wouldn’t do them justice, and just wouldn’t make any sense in the context of how we’ve seen them before. 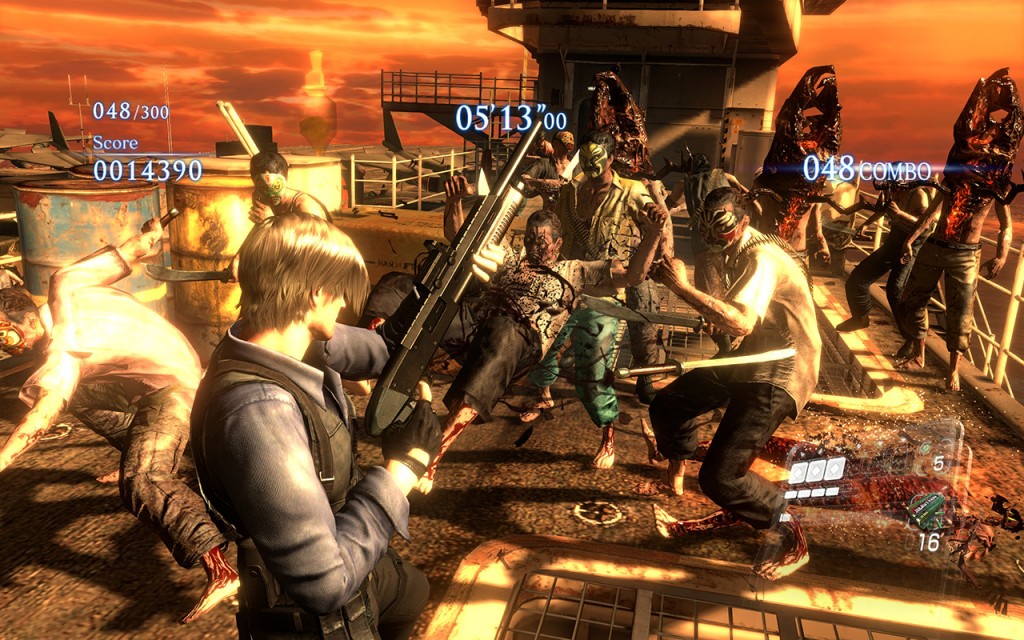 Come on. You can’t pretend this isn’t fun…

By contrast, Resident Evil has only built on its strengths and moved closer to the sort of game it always wanted to be. Many people complained at Resident Evil 4’s more action-oriented departure from previous Resi games, but the PS1 Resi games were not any less action-oriented – they were just a lot more clunky and slow-paced because of technological limitations and the lack of more nuanced dual stick controls. I’m willing to wager that if you could’ve been smoothly headshotting oncoming zombies and rolling out of the way of chainsaw wielding psychopaths in the original trilogy like you could in Resident Evil 4, then you most assuredly would’ve been. The much-maligned Resident Evil 6 was the culmination of so much of what I loved about the series: an intricately weaved plot featuring a wide variety of past characters and equally varied gameplay to match. Leon had plenty of classic Resi corridor shooting, and Chris had his military-style cover-to-cover gunfights – with a good dose of crafting and inventory management to bring everything together in tense survivalist spirit.

This is what worries me the most about REVII: Beginning Hour – the complete lack of the sort of unique third-person action gameplay I’ve come to love and long for. For these last couple years, I’ve been jonesing to rappel down a zipwire and blast through a line of nine oncoming undead with a single well-aimed magnum bullet – as I’ve done while joyfully whiling away hours in the Mercenaries mode in Resis 4-6. 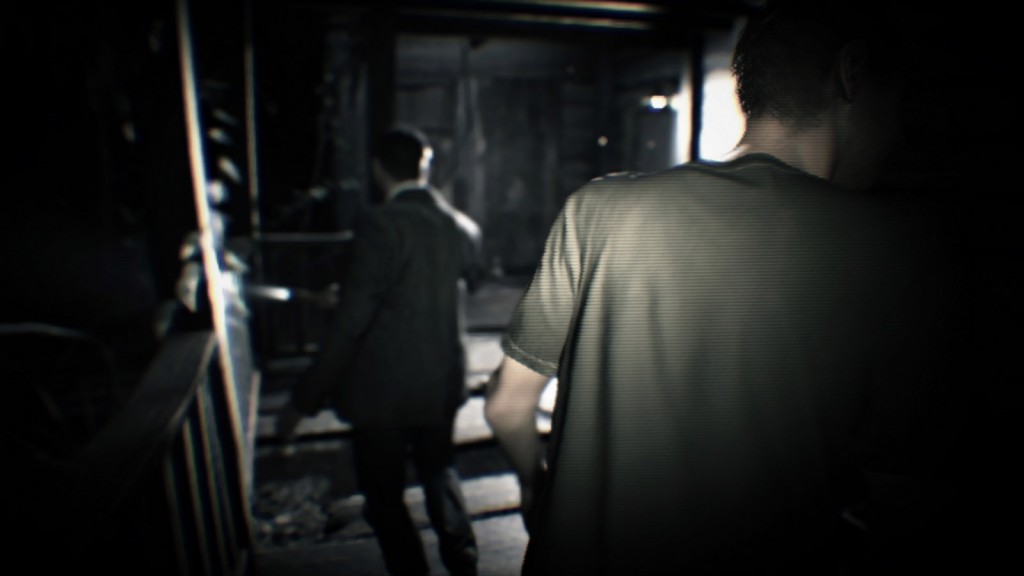 What I’ve seen in the REVII: Beginning Hour is the sort of first-person haunted house spookiness you might see in the Amnesia aeries. Now I bloody love Amnesia: The Dark Descent, but it’s fundamentally about deranged, regretful, turn-of-the-century posh people running and hiding from things. If I was given an explosive crossbow and some colour-coded magical healing herbs for the next installment – I think I would throw up in my mouth a little. There’s a difference between expanding on a series’ strengths with bold new innovations – and just outright aping other games to the detriment of that series’ unique appeal.

After the release of Blair Witch Project, Hollywood has become over-saturated with found-footage style psychological horror films. Where are the wacky, tongue-in-cheek Evil Deads? Watching REVII: Beginning Hour feels like they’re trying to turn Evil Dead into the Blair Witch Project (Silent Hill being Jacob’s Ladder, of course). It’s unfaithful to the vision of the original games, disappointing to us fans who’ve been craving more titles to build on the classic Resident Evil 4 formula, and worst of all: it’s just boring. There’s a million different movies and games where I can see spooky long-haired ghosts and blurry zombie faces appearing in front of hastily dropped camcorders. It’s all well and good, but it’s not Resident Evil, and it would be really dull if Resident Evil became an Outlast or Condemned clone.

Resident Evil is a refuge of campy, idiosyncratically Japanese fun in a market of horror games that have started to become a little too similar. It can’t be made better by removing everything that makes it special. Personally, I hope the “Beginning Hour” really is just to warm up the audience before the main show. I hope immediately after the preview segment finishes: Ada smashes through a wall on her motorbike and decapitates a zombie with a roundhouse kick (all while wearing six inch heels) and Leon flicks a beautiful blonde bang out of his face as he blows up a tentacular monster with an RPG. That’s the Resident Evil I know and love: a hot, sexy, campy mess of madness – and I wouldn’t want it any other way.

No, No, Power Rangers. The Power Rangers are set to hit the big screen this spring. And, just as you’d expect, that means it’s prime time for a video…