You Can Mech If You Want To 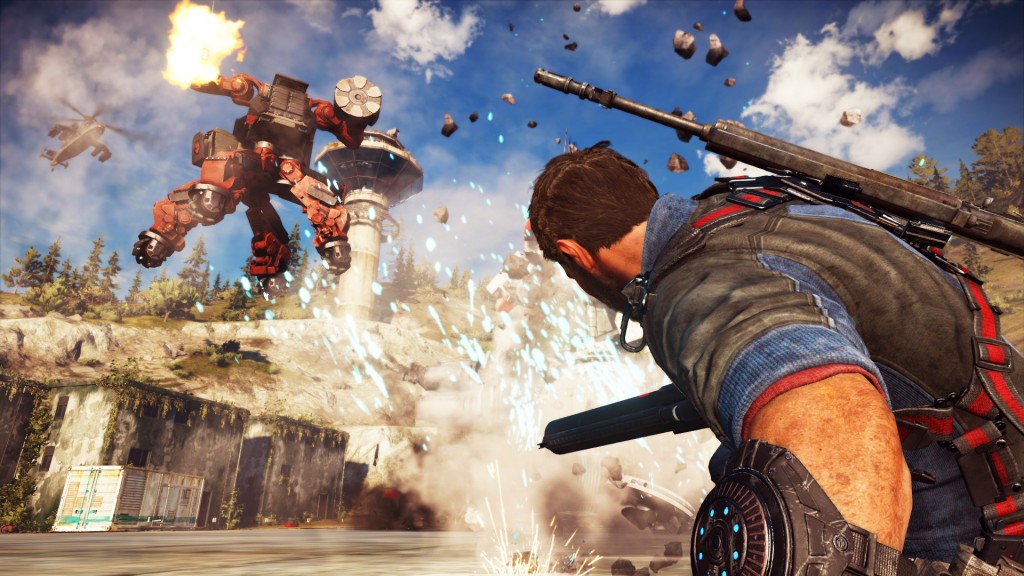 Just Cause 3 may be one of the most overlooked gems that released in 2015. The over-the-top action combined with the destructible environments made the third Just Cause entry just as enjoyable, if not more, as the second. The first expansion for this entry, Sky Fortress, did not disappoint as Avalanche Studios took what we already loved about the series and added an interesting mechanic that made the map easier to traverse. Adding the weaponized wing-suit gave Just Cause 3 a new feel, and gave me a new love for the game while giving me a purpose to complete the original campaign. As much as it tries, Just Cause 3: Land Mech Assault doesn’t bring anything new to the fold as it is simply more of the same with a few good moments of Mech destruction, and the option to seek out other Mechs throughout most of it.

This time around, Rico Rodriquez investigates the island of Lacrima, an area on the north most part of the map that opens up for this expansion. Rico takes it upon himself the save the prisoners of the mysterious “Black Hand” and destroy the bases that detain them. By doing so, Rico is creating a small army that will eventually help to take out the base of operations that is manufacturing the Mechs that you end up controlling some of in the main story levels.

The best part of the Land Mech Assault DLC is being able to control the Mechs, as it should since that is what the marketing is focused on. However, you are only needed to control the mechanized weapons at the beginning and last stages of the campaign. After you complete the first mission, the map opens up to you for you to explore and liberate. In fact, this what you will be doing most of the time during this DLC. 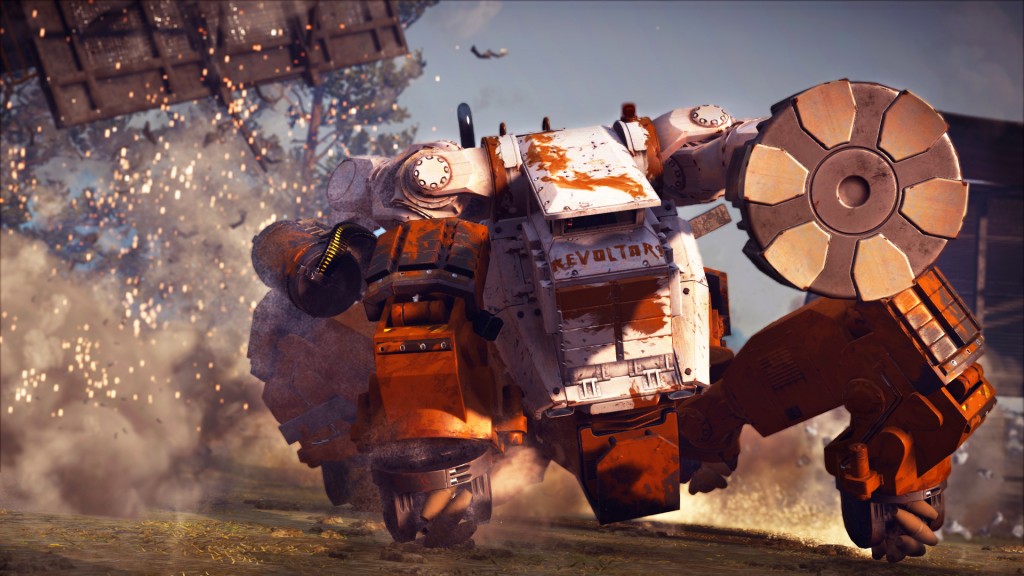 There are four provinces in the Lacrima area that equate to about 19 square kilometers. That’s a  big area for a DLC pack, however, it is not fully utilized in the way that most Just Cause players are probably accustomed to. Two of the four provinces only have one area to overtake, while the other two provinces have about five. This made the middle area of the game seem uneven as you have to take back the provinces in order to move on through the campaign. This came across as lazy, for a lack of a better word. Why not just have three areas in each province instead of just one in a couple, and several in another? This may have been due to reaching a deadline, but it seems like the developers just stopped and moved onto the final act in a hurry.

Land traversal is the focus with this expansion, and with that we are given the opportunity to control a couple of different Mech types that have their own unique combat factors. I will be the first to admit that I had a good time with the machines when I had to use them, but as I was playing the liberation missions I had no real need to climb into a Mech as the wing-suit from the first expansion was more than enough to help obtain my goals. The options are there for the most part, but if you don’t have the new gravity gun that is introduced in this DLC that allows you to temporarily disable a Mech, you may just forget about it all together as they can be troublesome to find. The wing-suit may have simply been a personal choice based on how I played the first expansion, and the rest of the main game afterwards, but I felt no real need to seek out a Mech at any point. With all the chaos that happens on-screen I’m not sure if many players will.

When you are in the Mechs you have a couple basic controls; a punch-like attack that sends your enemies flying across the ground, and the GRIP gravity weapon that allows you to pick up objects and throw them at your enemies that can allow you to be creative with your attacks. In fact, as you liberate areas, challenges will unlock that will allow you put your destructive art to the test for upgrades. There is also the machine gun on the right arm of the Mech that fires in spurts, and the ability to leap high into the air and ground-pound land based vehicles or uppercut helicopters out of the sky. If you are still in the middle of the main campaign in Just Cause 3, you may be interested to know that like the first expansion, you will be able to use the Mechs in the main game along with other new tools. 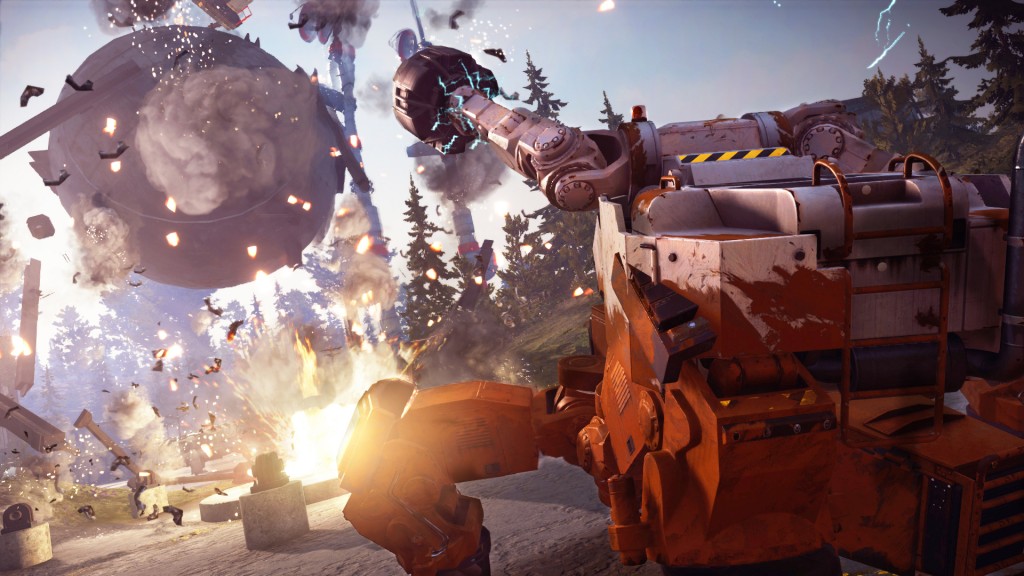 Just Cause 3 has had issues in the past in terms of frame-rate and load times, and while it still takes a bit for the game to load, there weren’t many issues to speak of, at least any that I wasn’t already used to from the game beforehand. There were many times during the liberation missions where the action slowed down on screen, especially when I was using the wing-suit to cause destruction along with the rate of speed I was traveling. This probably isn’t anything new for most players with this entry, but it’s worth mentioning at the very least.

By the end of Just Cause 3: Mech Land Assault, I just wasn’t that impressed with the 2-3 hours it took to complete it. The disappointment mostly stemmed from the liberating of the areas as there was no immediate need for me to take command of a Mech. When I was in one, I found it to be satisfying, but the game had to make get inside one for me to use it during the campaign. I probably would have enjoyed it more if I were not having to do the same tasks that the main game’s regular campaign doesn’t already want me do on the side. Mech Land Assault is not a terrible add-on for Just Cause 3, but it’s certainly not the best.

Full disclosure: This review is based on a season pass code for Just Cause 3 given to the reviewer by the publisher.