Ready for an all-out, die hard, polished, exciting round of Texas Hold ‘Em? No? How about a work-in-progress hybrid game that’s a mix of poker and those dress up games that were popular in the early 2000’s (they were popular for everyone, right? RIGHT?) I had the honor of playing through the Steam Early Access game Prominence Poker recently. I take on Early Access games with an open mind. Developers most often work pretty hard to deliver a finished product. Not everyone Tim Schafers their respective Space Base DF-9s. As long as I could flip over cards, and as long as my straight beats a high 9, then I was good to dive on in. And dive on in I did. That’s a high roller right there

That’s Dirty Al, my brilliant persona through my foray in underground poker. Unfortunately, I wasn’t allowed to name him in the game itself. I scoured the list of acceptable nicknames I could pick from. Seeing as how I hadn’t unlocked anything other than the default one, I slapped on “The Tourist” and hit the tables. I suppose it was for the best that Dirty Al had an alter ego, just in case things went south. Anyway, I wasted no time in sitting Dirty Al down for his first tournament against the game’s AI opponents. However, there was one obstacle to get over first. I sat staring at the loading screen for a bit. Then I watched it for a bit more. Perhaps my connection was a bit off or something, but it happened more than once. And yes, I’m taking into account that this is an Early Access game, so I do understand such things are to be expected. All I’m saying is that if this loading time can’t be shortened any, then maybe they should implement a system where I’m allowed to make bets against the background or something. It’s just a thought. But anyway, I’m just nitpicking. It wasn’t too long before Dirty Al made his first bet at the table. The classic first bet of the night

Needless to say, the second tournament went a bit smoother. The first thing I noticed was there was no subtle betting going on. The professionals may by far fold more often than blindly raking chips into the pot, but not here. Understandably, though. Who can really dedicate the many hours required to piddle away chip after chip until enough people pass out from exhaustion? It took some adjusting to get accustomed to these automated players figuring a high queen was a perfect situation to call a bet for half their chips. Then again, if they were so bad, why did I keep losing? Not really sure what I was going for here…

I lost, like a lot. I tried to get past the first table, I really did. Supposedly, after that, you face a boss. I imagine it was going to be a heads up, one-on-one game against that knock-off Ozzy Osbourne up there. Either that, or slaying a dragon with a ridiculously huge pile of chips. As far as this preview goes, it’s forever a mystery. It wasn’t just my poor playing, though. I was determined to do whatever it took to reach the next stage when this happened. I know it doesn’t look like much, but really look at it. Study it. Just soak it in for about 15 minutes. That’s how long I stared at it, just waiting for the game to continue. They just stood there awkwardly, like they forgot where they put their coats. I was a bit irate at this point, and my options were between making that image my eternal screensaver or moving on. Reluctantly, I moved on — to the multiplayer mode of Prominence Poker. I figured that was where the real meat of the game may rest. I can play poker against AI in Telltale’s Poker Night at the Inventory. There, I have two games of wacky personas to play against, but no multiplayer options. So, I rolled up my sleeves and made ol’ Dirty Al make some friends.

The first thing I realized is that the character creator surely does have some variation. It was refreshing to see so many different models sitting around the table. The game was run like an eternal table where people could take a seat and buy in whenever they’d like. This led to my second realization. I thought the AI was throwing money away before, but it was nothing compared to this. Since there was virtually no limit to how often a player could buy in, chips were flying like helium pancakes. It took about ten hands before it got out of control. It was interesting and fun, but it really took the risk and tension out of the game. However, there was another thing that kept things interesting too. They call me Dirty “Houdini” Al

There are little emotes you can do at any time during the game. These include partially normal things like waving, celebrating, dancing and flipping a chip. It also includes some things that are a bit out there, such as threatening other players and performing a magic trick. Maybe later installments will allow you to extort others or accept tips for a little boost in chips. Some of the options were grayed out, but I couldn’t tell if that was because I hadn’t unlocked them yet, or if they hadn’t been programmed in yet. Of course, I spammed the magic trick. Constantly.

There were a few other things that caught me attention in Prominence Poker. First was the reputation system. Certain actions and performing well can earn a player reputation points. This brings a new aspect to the game beyond money. However, I couldn’t quite grasp all the different ways I could gain more reputation. That was for folding before placing any bets. I figured that out after the 5th or so time I did it. Before that, I was wildly confused about these random words and numbers flashing on the screen. The more I saw of the system, though, the more I liked it. There was something particularly thrilling about winning a close hand and seeing multiple bonuses and points flash on the screen. I do feel it has some real promise. However, this didn’t fully distract me from one final gripe I had with my experience. It’s a small thing, but one that was surprisingly frustrating. Can you see it? Or better yet, can you not see it? Right now, I’m against the woman across from me, and I can’t see her cards at all. Not one bit. We’ve both flipped our cards over and were waiting for the winner to be declared. And though I most certainly wasn’t going to win that hand, it was ridiculous that Dirty Al was standing directly in the way of the card. And no, I couldn’t move the camera. Either that, or I had no idea how. I tried though. I promise. Once again, it’s a seemingly small gripe, and it’s one that could definitely be fixed before the final release.

When all was said and done, I did enjoy my experiences with Prominence Poker. It definitely has promise, and if the developers keep up the level of quality between now and the full release, it will be a heavy hitter with poker enthusiasts. As of now, it’s a little rough around the edges, but if you’re in the mood to make your own persona and play a few hands of Texas Hold ‘Em, then give Prominence Poker a try on Steam. Who knows, maybe you’ll stumble across Dirty Al on his quest to break even and chain magic tricks until the end of days. 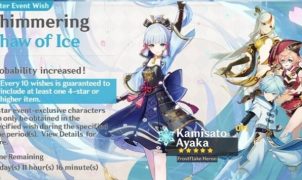 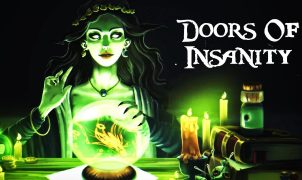