Get shell-shocked with the new Ninja Turtles game 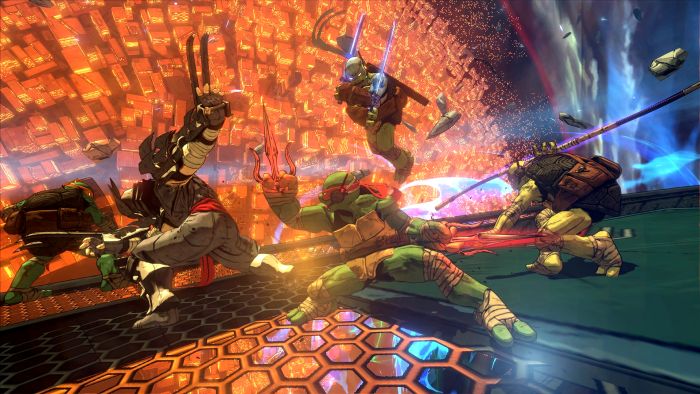 Teenage Mutant Ninja Turtles: Mutants In Manhattan is an third-person action game focused on brawling and melee combat. Players will be able to take on the role of members of the famous foursome – Raphael, Leonardo, Michelangelo and Donatello – and do battle against their colorful roster of enemies made popular by the comic books and TV shows. Familiar foes such as the Shredder, Bebop, Rocksteady, Slash, General Krang, Karai and the entire Foot Clan will all stand in the way of bringing peace back to New York.

Our heroes will have their own unique movesets, in addition to specialized ninjitsu moves. The game is also designed with co-op in mind, allowing up to four players to work as a team online. Together, players will be able to pull off deadly team-based combos that will put some serious dents in your enemy’s armor.

Crafted to appear as a living comic book, the game features a cel-shaded look and an original storyline penned by IDW Publishing author Tom Waltz. With an emphasis on story as well as combat, the title is intended to be somewhat updated for modern times while retaining the grittiness and charm that made the franchise successful in the first place.

Teenage Mutant Ninja Turtles: Mutants In Manhattan is currently retailing on Steam, PlayStation 4 and Xbox One for $49.99. There are also editions for the PlayStation 3 and Xbox 360, going for $39.99.