Life Goes On: Done to Death is a delightfully twisted puzzler. It is either a witty and philosophical piece or just a big bag full of grim fun. On the surface, it was everything I was in the mood for: a puzzle-platformer with a cute animation style and an overarching theme of death and the futility of life’s struggles (it was a weird mood). So, I sat down with an uncomfortably large bag of sunflower seeds, pulled my computer chair in front of the television because my controller was dying, and fired up the PS4. I had no idea what I was getting into

I think it’s best to define my experience with Life Goes On by dividing it into three parts.

Honestly, I dove right into this game before much thought and research. In truth, I wasn’t entirely sure what to expect. If you had put a gun to my head, I guess I would have thoroughly wet myself. After that, though, I’d probably have said I was expecting a frustration platformer in the realm of Super Meat Boy. One of those games where you’re expected to die and die and die and die until the digital cows come home (see: never). In fact, I was fully prepared to fill out an expense report for replacement controllers. You go, you beautiful mound of meat.

My expectation made me a tad hesitant about Life Goes On. For me, frustration platformers are a ton of fun until they stop being fun. And they stop being fun when the body count reaches 1,000 per level. However, if that was going to be the case, then I would do my duty to give the game an objective review.

Of course, my first desire is to have a game tread that razor thin line between boredom and rage. I wanted the game to challenge me and keep me intrigued, but not smack me in the face with its difficulty curve. If it’s too easy, then what’s the point? Why even keep playing? Too hard? Then just forget it, it’s not worth the headache. Maybe I’m still a little salty because I still haven’t beaten Super Meat Boy (shut up! it’s only been almost six years). Maybe I’m unrealistic in my preference: different players have different levels of skill, after all. But what I wanted here was a game that kept the game interesting by doing more than just adding more spikes. I was very pleasantly surprised with what I got. Life Goes On is an adventure puzzler that revolves around a peculiar mechanic: benefiting from the work of your predecessors. It’s okay though, they can’t take any credit for it anyway, what with being dead and all.

Look at ol’ Firefightin’ Jim the Prolific. He’s standing on four corpses in order to reach his goal. The entire game is modeled after using the corpses of the knights before you to get ahead. When you come to an impassible hazard, then you become the next corpse for the next guy. Pressure sensitive button? Kill yourself on it. Floor spikes? Dive right in! Regardless of the obstacle, a corpse will most likely be the answer. Occasionally, the game introduces new elements, like portals, electric circuits, and animated corpses. But once again, the answer is always more corpses. Life Goes On does a really good job at introducing new mechanics when you think you just mastered the old ones. It also made sure to mix and match the mechanics for more variation.

Ironically, the goal of each level is to reach the golden chalice at the end in hopes that it is the coveted Chalice of Life. After retrieving the chalice by any means, the game then grades you on time and number of deaths against a predefined standard. Sometimes, I didn’t do so well. Other times, I did. But those times, I mostly got lucky.

Regardless, that’s just an addition at the end of levels to increase replay value and add a bit of extra challenge. The benefit of completing these challenges (other than pure, unfiltered glory) comes in the form of aesthetic unlockables. That means hats, of course! It’s always hats. There are weapons in there too to spice things up a bit. In the end, I did prefer that to the alternative of requiring them to advance to the next level. Nothing kills my drive quite like having to backtrack through old levels just for the opportunity to play new ones. This way, I was happy to see I made a target time, but I wasn’t having to plan or count on doing so every single time.

There is an extra little grade at the end, and it is by far my favorite. Each level has a little creature who guards the grails. His name is Jeff. You meet the challenge when you find him. Of course, you can only feed him by giving up one of your knights. It’s a cute little addition that is a perfect example of the game’s entire tone. Cute animation, puzzle solving, and inevitable demise.

However, the real question here is did I like it? Yes, I liked the game quite a bit. The bright visuals are accompanied by a brilliant, lighthearted score that sets the mood. The choice to add names to every single knight adds depth to the twisted nature of the game. Each death comes with its very own scream that resonates from the controller by default. The difficulty curve was a little slow to start, but did catch up by the end. While I was blazing through the first several levels, the later ones gave me plenty of chances to stop and study the map before throwing another corpse at it. The best thing about this game is that it works. I mean that the gameplay works. The atmosphere works. The tone. Everything. It feels like Infinite Monkeys went out on a limb to bring a unique experience to gamers, and they delivered wholeheartedly. There was only one time things didn’t quite work. It was a minor glitch that got me stuck in place. I ended up having to restart the level. However, it was only one occurrence, and even I feel like I’m splitting hairs now. Get it together, Elnora!

The best way to say how much I enjoyed this game is to say that I accidentally skipped lunch today while playing it, because I didn’t want to stop. The game is on the short side, as expected with purchases from the Playstation Store. However, just like Portal, it’s really only as long as it needs to be. It is difficult to find the point just before a game overstays its welcome, but Life Goes On definitely doesn’t cross it. There is replay value and plenty of easter eggs to keep the attention of the avid gamer. Full disclosure: This review is based on a review copy of Life Goes On: Done to Death given to HeyPoorPlayer by the publisher. 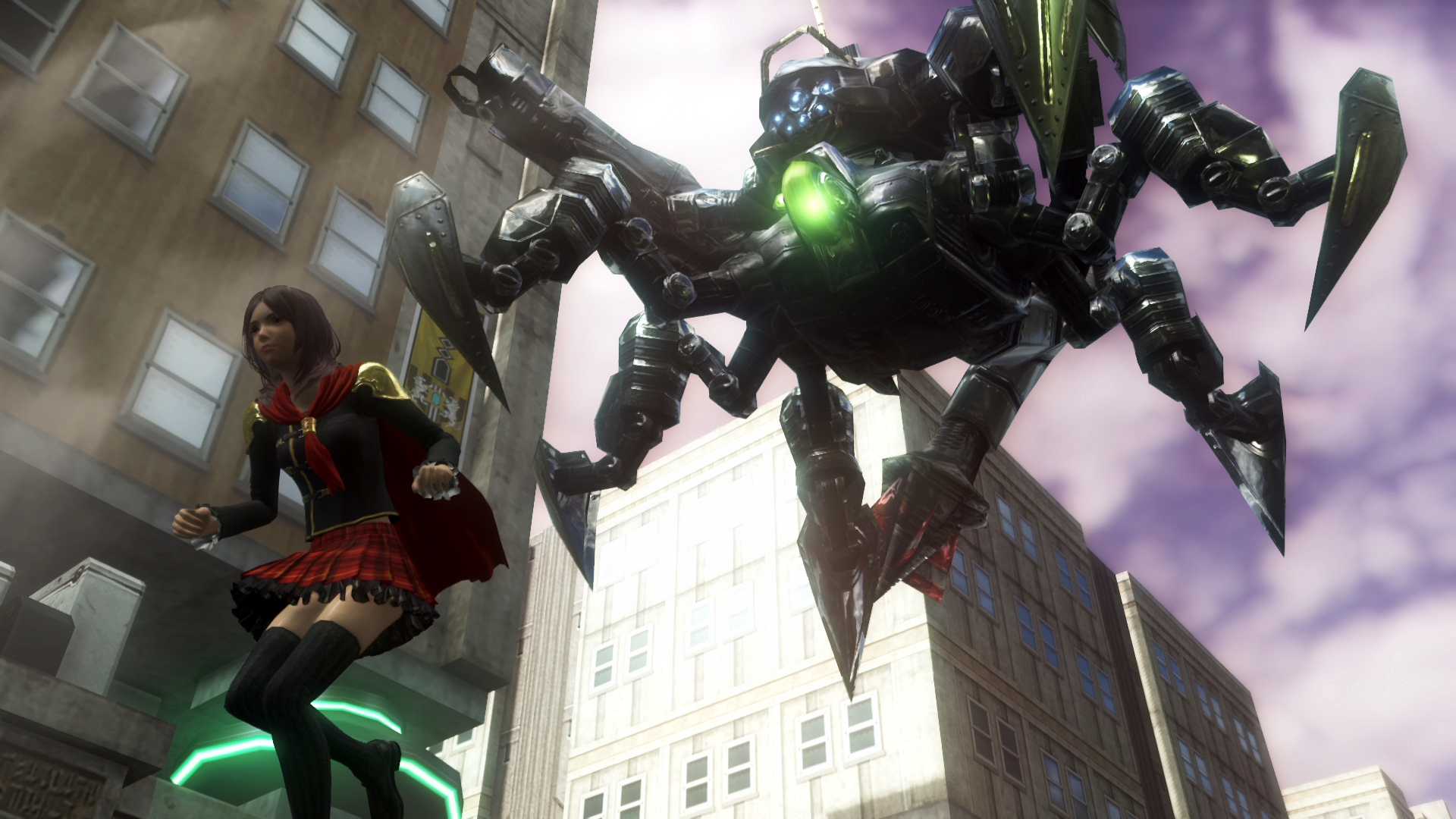 The game that came with that overpriced Final Fantasy XV demo was alright. WARNING THIS REVIEW CONTAINS SPOILERS FOR THE GAME. After years of waiting, Final Fantasy Type-0 has…