1. Branching Pathways in the Story DragonBall Xenoverse’s story was a time-traveling affair, and from what the trailer shows, that seems to be the case in the sequel. At the end of the original Xenoverse, the main enemies Mira and Towa going off and swearing vengeance. While the original story was linear, this sequel bait of an ending allows for Xenoverse to happen.

A good way to expand on the original Xenoverse would be to branch off the story at various points. Let’s say it’s the beginning of DragonBall and you have to fight Raditz for the uncountable time. A nice change of pace would be instead of saving Goku, you could let Raditz get away and the story could go to wild places.

A more reasonable point would be after the Buu arc when Goku finishes off the pink foe with a massive Spirit Bomb, the game could allow you to choose whether you want to follow along the non-canon GT anime story, or the newer Super story. It would greatly expand replayability, as well as go further in the DBZ lore. The game hinted towards changing events that happened, so maybe this wouldn’t be the most unreasonable thing to hope for.

Anyways, that’s my top hopes for DragonBall Xenoverse 2. Let us know what you want to happen to make this game even better than before! 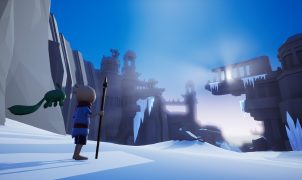