You’re Great. Let’s See What Else You Can Do I treated playing Sony and Naughty Dog’s Uncharted 4 like it was a moment in time that I didn’t want to end. I was trying to ration out the chapters over time because I know that this may be the last time I will get to see Drake and company go on an adventure. Naughty Dog has proved itself to be, arguably, the best developer that Sony has at this point. While I have no complaints about any of the Uncharted titles or The Last of Us, I am concerned that Naughty Dog may be a victim of their own success.

In terms of sales, and critical opinion, Sony and Naughty Dog have created and published some of the best titles from early PlayStation to now. We have seen the changes happen as most of us remember the Crash Banidcoot and Jak & Daxter 3D platformers on the PlayStation 2, and then the Uncharted series later on the PS3. Naughty Dog took a large step on the PlayStation 3 and Uncharted, and that success brought us The Last of Us. However, as much as I enjoyed the fourth Uncharted, from a graphical standpoint and gameplay, it looked extremely similar. I am a jaded fan to be sure, because the only reason I realized this was when my wife walked into the room and asked, “Is this The Last of Us?”

After thinking about it, if I were to take a video of a cut scene from Uncharted 4, and then put it next to a video of The Last of Us, and then proceeded to tell people in the general public that weren’t gamers, at least in the way that I am, and told them it was the same game, would they believe me? This probably has a lot to do with Amy Hennig being let go from the company and the directors of The Last of Us, Neil Druckmann and Bruce Straley, taking over the project. Regardless, I hope that if The Last of Us sequel does exist, we have new director(s) that can put their own creative stamp on the project. I listened to a podcast where one of the hosts replied to a listener inquiring about wanting Jak & Daxter to return, and that Naughty Dog should look into it with: “Why would you want them to?”, implying that they should look forward and not back to their past. There is a valid point to that statement. Companies in general should always look at the future, but not if it means we get the same looking graphics and gameplay consistently. So my retort to that question is, “Why do they have to do the same thing, risking the possibility of becoming stagnant in the future? Could they not create other types of games that are smaller in scale?”

Naughty Dog has their hands tied in a way where Sony is probably going to want more from them in the action genre, but I contest that it is perfectly fine for the next game, after what may be The Last of Us 2 releases, to be a smaller scale game. I am not suggesting another Jak, or Crash Bandicoot-like game, but what I am putting out there is to give other creators within the company a chance to make something more intimate. Yes, I know Sony has other studios that do those type of games, but even the smallest games, like Journey, can achieve great success on a monetary, and critical level as there is no reason why Naughty Dog couldn’t have that same opportunity. Ubisoft has had success with games like Child of Light and Valiant Hearts from the same studios that have put out games like Assassins Creed and Far Cry, so it stands to reason that Sony could do the same. I know that may be a bad example as Ubisoft has many different people working on different projects, but then again, so does Sony with Naughty Dog being one of them. It’s all based on the business model I suppose.

My fear is that Naughty Dog will continue to make games that resemble the last with no real experimentation. Don’t get me wrong, I will probably play those games as well, but the games business seems to be in this rabbit hole of taking what works, rinse, and then repeat approach. The one good thing about Naughty Dog is that they are not on this yearly cycle of putting out titles like other studios tend to gravitate towards. So even if they were to churn out very similar games in the future, the fear of any kind of genre or franchise fatigue wouldn’t be as noticeable as compared to others.

I suppose my fear is that Sony will keep pushing Naughty Dog to be a developer that pushes out nothing but action games that resemble others in their catalog for years to come. Then again, it is on Naughty Dog to show what they can do that isn’t necessarily on par with Uncharted. There is no reason to believe that this will happen by any stretch of the imagination, but I have seen developers and publishers go down this road before, and I would hate to see it happen to the talent there. Is there a reason to go back to past franchises? Probably not, but there isn’t a reason not to look at other types of games that can be worked on for a smaller budget and less time to possibly provide great games to add to Naughty Dog’s resume, that is of course if Sony approves it. Even people with the best intentions can lose sight, especially if the bottom dollar is what is blinding them. 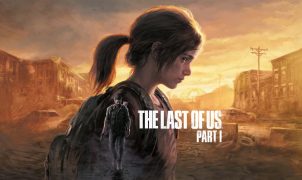 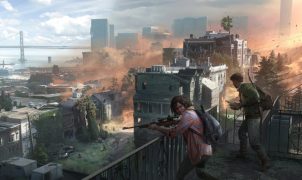