Well that was an episode full of secrets. Many truths came to light in this seventh episode of Hundred, but for the sake of spoilers, I will try to keep it as brief as I can.

The first ten minutes of this episode just had to get in a little bit, or rather, a lot of flirtation and skin as the core group took a quick trip to the beach to partake in some sunbathing, volleyball, and wearing bathing suits that either don’t fit correctly, or the wetness is pulling them down; you know…your typical ecchi moments. I have accepted that every other episode has to play on the love angle a bit, but this went on a little too long despite some funny moments, and as predicted, Hayato’s face landed in someone’s chest again.

The trip is cut short as Judar, Claire Harvey’s brother, drops in and takes her away to discuss some matters at hand. Later we find out an interesting truth about Little Garden’s power supply that was originally thought to be ran by nuclear power. Let’s just say that this isn’t the case, and it has deep connections to Claire.

In the middle of the episode, the group is given a mission that could have them run into the three variants they encountered in the last episode. Nothing really happens this time around though, as far as moving the plot forward goes, other than the power source revealed towards the beginning. I can see how this was necessary in terms of foreshadowing a possible battle for the “power source” in the future. There is a moment that paints a picture of how the mission will probably go in the next episode, based off the creepy variant that walks by. In fact, the only real action is when another secret is revealed when Emilia is recognized by a new character, in spite of the fact she is still parading around as a man. Claudia, a loyal follower of Emilia, is the comic relief as she wages war on Hayato for being the reason Emilia refuses to go back to her home country. In fact, the whole one round battle is as ridiculous as it is humorous.

The seventh episode has some good moments at the beginning, the middle, and the end. This normally would be the ideal format, except Hundred is starting to feel a bit generic. I can’t really go into detail as to why without spoiling something. Plot progression is great, but it’s all right to slow it down for a moment, and as bland as this anime may be at the moment, there were some humorous moments at the very least. 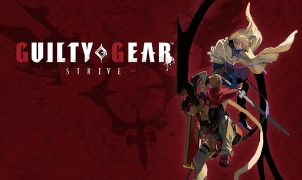 The Best Just Gets Better Arc System Works have been churning out new fighting games in recent years. In the last three years and change this it their fourth…