A new gameplay trailer and release date have been revealed for Hard Reset Redux. 2011’s dystopian, cyberpunk shooter by Flying Wild Hog makes its return to pc, Playstation 4, and Xbox One on June 11. Flying Wild Hogs markets the game as a no-nonsense, brutal return to the traditional FPS. The additions since the 2011 original involves enhanced graphics, rebalanced gameplay, new weapons, and new enemies to use those weapons against. The new trailer is entirely gameplay, showing off just how much this game has improved over the last five years.

For those of you unable to watch a video at the moment, it shows over nine minutes of Hard Reset Redux gameplay. Jumping between several different environments and situations, it shows a myriad of dilapidated, urban landscapes and a variation of weaponry from grenade launcher to railgun. Different types of enemies make an appearance with different builds and tactics. These mechanical menaces range from swarms of smaller bots to bipedal bruisers looking for a one-on-one fight. If June 11 rolls around and the new Doom reboot can’t scratch your traditional FPS itch anymore, keep an eye out for Hard Reset Redux. 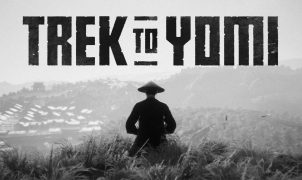 Chaotic Good I don’t know about you, but I’ve got quite a bit of respect for 5pb. when it comes to the Visual Novel genre. Sure, only a handful…