Forget the Konami 30 lives code, all you need to defeat the Red Falcon Organization is the Spread Gun! A gun so iconic, so powerful, so legendary, that it’s still talked about by young gamers today. Just one press of the fire button this gun would send out a burst that spread throughout the stage and took out anything or anyone that stood in its way. When used up close on a powerful enemy, all of the bullets would be concentrated in one area and obliterate anything with just a few blasts.

The first fight I remember my dad and I having revolved around Contra’s Spread Gun. We were on the 3rd stage and up until that point I let him get each and every Spread Gun available, only to watch him die moments later. We were getting toward the top of the waterfall and I knew there was a Spread Gun drop coming up, so I jumped in front of his character and made sure to stand underneath the power-up box that contained the gun and giggled as he shot the box and the gun landed in my hands. At that point he didn’t say anything but I knew this ticked him off, so when the next Spread Gun dropped, I again giggled and snatched that one up too. He didn’t say anything to me and just walked up the Nintendo and pressed the power button. A verbal altercation followed, and a life lesson about respecting my elders stuck with me. From that point on I respected his wishes and let him get every Spread Gun thereafter even to this day. Yes, we still play Contra together after all these years, and yes the Spread Gun is just as important to him now as it was then. This power-up is a true icon. 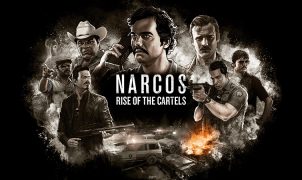