As a tiny human in the early 90’s with a PC, I remember being overloaded with strategy games. Monthly demos off PC Gamer discs kept me satiated. There were your popular RTS franchises like Command and Conquer, the early -Craft titles Blizzard was releasing, Total Annihilation, and more. There were turn-based titles, though the only one I got my hands on was Fallout: Tactics, though X-Com was around. I loved the style of these games. The risk/reward concepts and immediate consequences made my brain tick and felt great. The genre fell by the wayside as far as mainstream audiences go, but the past few years we’ve seen a revival with the success of the new X-Com titles. This is where TASTEE: Lethal Tactics comes in. TASTEE: Lethal Tactics is an awkwardly titled (TASTEE is the restaurant where the team meets) turn-based strategy game where you command a squad of assassins. Each of them has a strong personality and their own unique characteristics you can mix and match to best handle a job. Need an assassin that launches grenades? Busts down doors? A sniper? You’re covered. Some descriptions have called TASTEE some sort of hybrid of Team Fortress 2 and X-Com. That certainly gives you a good idea from where the game is coming from but the interface is something unique to itself. In TASTEE, you play out your commands simultaneously. In TASTEE, rounds are five second intervals, but you can watch the whole thing unfold in real time after the match. The simultaneous movement and attacks make for a chaotic game where you’re forced to think for long periods of time. You don’t have any real information on enemy units aside from their last known location and the amount of time since they were sighted.

TASTEE appeals to a very specific audience. This is both its triumph and its downfall. As a huge fan of tabletop strategy gaming, TASTEE is the closest video game I’ve played to mirror the experience. This means a few things. The game plays out much slower than some audiences will care for. It’s necessary to micromanage every move your characters make, or die constantly. A full mission could take up to a half hour or more, but the actual time is only a minute and a half. Not being able to see where the enemies are requires a lot of potshot strategy and had me frustrated for the first few missions of the game. You don’t select an enemy to shoot at. If they end up in line-of-sight your character will automatically fire/get fired upon with the exception of the grenadier. Your commands will affect how quickly they shoot. If you’re running around a corner, it will take longer to get a shot off than someone who’s standing still. On a few occasions my shotgun-wielding merc would walk right past the enemy I wanted to kill and get shot in the back. Some of the mercs have skills to help alleviate this frustration and reveal locations, but it took a learning curve to figure out how to be successful in command of my team. The story is pretty easy to ignore, but it gives each character a strong personality and the missions themselves are right at the sweet-spot of challenging. There are optional secondary objectives that earn you more money for upgrades, but I found myself going after everything right away. It’s rewarding enough to survive to the end, but doing it in a set amount of turns without killing your team was a nightmare I tried facing every turn. The missions are a great way to get a grasp on strategy, but TASTEE is one of the few games where I love the multiplayer. The only difference between the modes is a time limit. A cool feature the game implements is playing a game separately, meaning you can take your turn and pause the match. The game will e-mail you when it’s your turn. It’s more fun to talk out a match live with an opponent, but it’s pretty cool that TASTEE implements a system that allows players to take their time. There was nothing like playing out the game with my friend then getting to relive it in real-time after it was over. The replays are so fun to watch, and even when I made mistakes it was fun seeing how I got my sniper’s head taken off.

I can’t recommend this game enough. While the genre is niche and the game takes patience, the depth is rich and has a ton of replayability. If you’re a fan of wargaming, skirmishes, or tabletop strategy at all give this game a try. TASTEE: Lethal Tactics easily lands in my top five games this year, and easily sits by the other great PC strategy games in history.

Full disclosure: This review was written based on a review copy provided by the publisher. 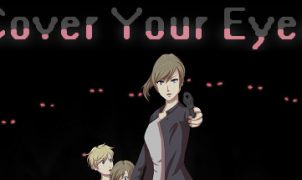