Take a look at the varied and vibrant places you’ll explore in Shiness: The Lightning Kingdom Travelling in Shiness is centered on the Meonis Plains, linking the world together. The area is massive in scale and fighting and exploring throughout the land will take you through towns and villages for quests, open plains, and of course, puzzles and dungeons.

One key place in the plains is Shjue Village. In this village, players can locate the mount vendor and purchase an Amos beast. These  creatures help Chado and his friends travel the plains to quickly get from place to place. Another one of the game’s immense locations is a mysterious Train Station. This area is not only technologically superior to the neighboring settlements, but also militarized, so be sure not to venture into this hostile locale unless you’re looking for a fight!

In Shiness, players take control of Chado and his companions, traveling through the celestial islands on their flying ship. After a crash-landing on one of the most hostile of the celestial islands, you find yourself in the middle of a conflict involving multiple kingdoms. However, this explosive situation might find a peaceful outcome, with Chado’s newfound unique ability to perceive and communicate with the Shiness, a mysterious spirit imbued with magic.

Shiness: The Lightning Kingdom is set to release later this year on the Xbox One, PS4 and PC.

Take a closer look at Shiness’ environments in the gallery below. 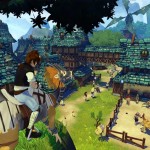 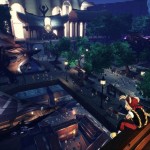 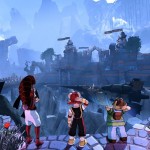 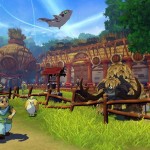