Limited Run Games hopes to reach deal to release 10,0000 copies of Fatal Frame V: Maiden of Blackwater on Wii U Publisher Limited Run Games is currently in the process of working out an agreement with Nintendo to distribute a physical release of last year’s  Fatal Frame V: Maiden of Blackwater to Wii U owners in North America.

The game, which was published by Nintendo and  co-developed by Tecmo Koei and Nintendo SPD Group No. 4, landed on the Nintendo eShop on October 22, 2015. Since its release, fans have been clamoring for a physical release, going so far as to start a Change.org petition to convince Nintendo and GameStop to partner for a physical release of the game. Limited Run Games hopes to be able to reach an agreement to secure a 10,000 copy run of the game, which would be sold through their online storefront.

@Grimsie42 We’re trying to work towards a Fatal Frame 5 release. 🙂

Limited Run Games has become popular in recent years for releasing physical editions of popular digital releases, with the most recent of which being Oddworld Inhabitants’ Oddworld: New N’ Tasty! on the PlayStation 4 and Vita.

We’ll be sure to keep you posted if this publishing deal between Nintendo and Limited Run Games comes to fruition.

So, would you be on board for a physical version of  Fatal Frame V: Maiden of Blackwater? Be sure to let us know in the comments section below! 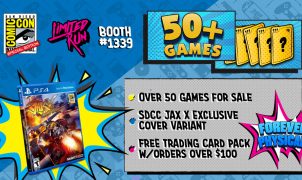