You want more dakka? You got it!

Life is a litany of eternal struggle. Every month I must fight an endless war to review the hordes of Warhammer 40k licensed games – all to appease Hey Poor Player’s God-Emperor: Francis DiPersio. Countless of these titles are monstrous abominations, or grim, ugly creatures, but I must struggle onward. Finally though, there is light at the end of this inky black tunnel, as this latest title is actually really rather good.

Battlefleet Gothic: Armada is Real-Time-Strategy game set in the grim-dark cosmos of the Warhammer 40k universe. The main campaign casts you as the recently promoted Admiral Spire, who is tasked with defending the Imperium of Man in the aptly-named Gothic Sector against marauding aliens and the forces of Chaos. Chaos are much like the Imperium in how they really dig skulls and building cathedrals in space; except they like putting spikes on everything too, which makes them evil. The devout Admiral Spire must face up against the Chaos lord Abbadon – a nuanced, understated villain – who sits on a throne of skulls and relishes the thought of making “a billion souls scream out in pain and terror”. The cutscenes that tell the story are awesome. Every scene is rendered in an exquisitely detailed graphic novel style, with little touches of animation such as Abaddon’s head glowing with twisted void energy, or a hapless human being pushed into a giant monster’s mouth by a cackling orc. There’s a real artistry in how the insanity of the 40k universe is conveyed; from the orcish dreadnoughts firing fist-pumping gremlins out of their space-borne cannons, to the crazed servants of chaos with twitching cybernetic razor-blades for eyes. The story can diverge with each playthrough. For example, I failed one mission to retrieve an ancient artifact from Abaddon’s forces and a cutscene played chastising me as Abaddon gloatingly levitated the artifact before him. When I cheekily save-scummed back and won the mission, it instead showed the artifact being securely guarded by a pair of amiable looking robo-paladins. I actually really want to go back and play the campaign again with naught but the auto-save to experience the different storyline branches from failing certain missions. Battlefleet Gothic: Armada’s single-player campaign is played out on a map of the Gothic sector, where you can choose which missions to take. Thankfully, there’s no overambitious attempt to turn the campaign into some kind of 4x strategy game. However, you can earn renown points in battle to upgrade your ships and buy new ones in-between sorties. This means there are still plenty of tricky decisions to make regarding the management and customization of your fleet, but there’s no economic management to water down the focus on fleet combat. Even though you can buy more ships with renown, every combat is balanced – with a points system limiting the number of ships you can bring to each fight – and you’ll never win an easy victory just because you brought along more boats.

Fleet combat is brilliantly realized. At the start of each mission, you’ll deploy your warships and set off to defeat your opponents. The campaign gives you just enough guidance to gently introduce you to all the strategic possibilities of each battle. Your warships have a number of different abilities, and it’s up to you to maximize them all using your environment to your advantage. For example, you can fire torpedoes forward in a straight line at an adversary, but they’re slow moving and easy to miss. You might want to drop a timed disruption bomb in front of your intended target, forcing them to try and slow down to avoid it, giving you the perfect opportunity to torpedo their exposed backside. Positioning is also an important part of each battle, as you’ll always be jockeying with your enemies, trying to get in position so you can hit them with a broadside from your side cannons, while staying out of the arcs of their most devastating guns. You’ll need to make careful use of the movement tools available to you. Your ships can overcharge the engines and surge ahead at great speed to help you land a devastating ram – which is particularly satisfying when your cruiser instantly obliterates a smaller ship and crumples it into space-junk. You can also perform high-angle turns to rapidly turn your guns or evade an oncoming impact with some torpedoes. Exhaust your engine with tricky manoeuvres though, and you won’t be able to make a quick getaway when a combat turns sour.

The action can get quite chaotic at times as you’re frantically trying to control all your ships and veer them away from danger. Helpfully, you can slow down time with a tap of the space-bar to activate your “tactical cogitators” and consider the action from a more strategic perspective (which surely makes the cybernetic tubing in Admiral Spire’s head worthwhile). Battles seldom degenerate into a tedious process of finishing off a battle you’ve already won like they sometimes did in the Total War series. Almost right to the end, a clever strategic ploy can turn a battle on its head. Battlefleet Gothic’s capture-the-flag-esque mode – where a defending ship has valuable data, and the attacker must board the ship to steal it – can be particularly back-and-forth. When battling with a fleet of orcs, I quickly managed to nab the precious info off one of their ships with a blitz assault. Underestimating the goofy greenskins, I decided to focus on destroying their ships rather than keeping my data-carrying ship safe. In the blink of an eye, the orcish ship dropped my battleship’s shields with a disruption bomb and teleported the data back before warping safely off the battlefield. I was left stunned at how quickly a battle I thought I had safely in the bag had flipped the script. Shocking comebacks like this happen frequently in Battlefleet Gothic: Armada’s always exciting battles.

There are four different factions in Battlefleet Gothic: The Imperium, The Orcs, Chaos and the Eldar. Each one plays very differently, and you can discover this through either the solo skirmish mode or the multiplayer mode – where you can level up an admiral through randomly generated battles. The Orcs have a suitably unpretentious playstyle. The menu commands for high-energy turns are amusingly taped over with tribal sigils, with a big red button in place of the “full speed ahead” command. The big red button creates a sudden, short burst of speed, perfect for ramming ships and closing the distance for boarding, reflecting the greenskinned Xenos’ highy aggressive nature. Likewise, the delicate, slender Eldar ships tend to have lots of front-facing guns and superb maneuverability to make quick, devastating passes, using obscuring holo-shields to cause oncoming fire to miss. With the Eldar being a race of pretty-boy space elves, they don’t want to get their hands greasy repairing hulls. The conflicting gameplay idiosyncrasies of each faction make for some very varied and complex combats – really doing justice to the richness of 40k lore on the different races.

Battlefleet Gothic: Armada is a lovingly crafted homage to the Warhammer 40k universe and the board game on which it is based, without being so shackled by the source material it forgets to be a good game. It has a narrow focus, and what it does, it does well. Every battle is a balanced, tense, strategic experience. If you want a quality, combat-oriented RTS with a deliciously mad grim-dark space-fantasy flavour then – as the orcs would say: “Press da buy button on Steam, you git!”. 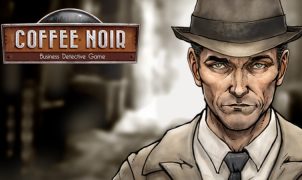