To celebrate the game’s upcoming release, the developer has released a new trailer offering a fresh look at the game which you can find below:

“With simultaneous tactics, it’s not enough to react, unless of course you’re trying to catch that bullet with your stomach. Whether launching an assault or laying down the perfect ambush, you have to anticipate your opponent’s movements, cleverly plan your team’s strategy, and execute with precision as both sides move into action.”

Available now on Steam Early Access, TASTEE: Lethal Tactics is the first independent PC release from Skybox Labs, whose credits include the Age of Empires II and Age of Mythology series. As a special reward for early-adopters, all Early Access players will immediately receive a free code for a friend and a special pack of character skins upon release.

TASTEE: Lethal Tactics features 30 single-player missions and 10 multiplayer maps with randomized environments to keep every match feeling fresh, and allows players to choose from 12 unlockable mercenaries, each of which has access to unique special ability and weapon of choice, giving players ample freedom to customize the perfect killing squad. 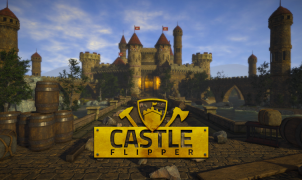