Any kid that grew up in the 90’s has had to drop a few quarters into NBA Jam. Accumulating over $1 Billion in change, NBA Jam is the highest earning arcade game of all time. Based off the gameplay of Midway’s Arch Rivals, NBA Jam took the no fouls, no free throws, no violations formula of Arch Rivals and added NBA-licensed teams, digitized player likenesses, and who can forget, “on fire” mode. Gamers lined their quarters up on the 4 player cabinets to pad their stats which saved to the game’s memory by simply entering your initials and birthdate.

With such a huge profit being made from their arcade machines it was only a matter of time before the inevitable home version was to be released. Midway reached deep down into their magic hat and pulled out ports for both the Sega Genesis and Super Nintendo that closely resembled the arcade version. Positive reviews rained down from gaming magazines, and Midway enjoyed the success of having a hit in the arcades as well as the home. There really isn’t much to say about NBA Jam that hasn’t already been said. If you like video games you can bet you’ll like NBA Jam. It’s a timeless classic that is still being played today despite having rosters from the early 90’s, and that’s saying something.

Do you have any alternative sports titles that still make their way into the cartridge slot in your favorite console? Let me know in the comments so I can try them out! 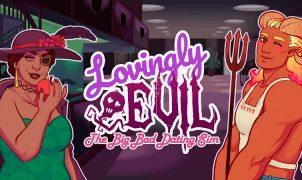