In grade school I absolutely hated gym class. I was one of those kids who claimed to have asthma just so I could hang out on the bleachers and watch my classmates drench themselves in sweat. There was one sport that would make my medical condition suddenly subside, and that was dodge ball. A sport where I am able to throw a ball as hard as I can at a bunch of kids that I don’t like! Count me in!! When I found out that there was a dodge ball game for the NES, I begged my mom to let me clean every nook and cranny of the house to earn an allowance. About a year later I finally had enough to buy Super Dodgeball.

Buying a game as a kid was a crap shoot back in the 90’s. With no reviews to go on we were basically judging a book by their cover when purchasing a game. If the box’s artwork was awesome, the game must be just as good, right? This is the reason why I never played Mega Man as a kid, something I still regret to this day. Thankfully Super Dodge Ball’s box art was just as good as the game. Taking control of team America to travel the world in a Dodge Ball tournament is a thrilling experience that still holds up today. Smashing in the face of your opponent with an “around-the-world” power throw is something every NES owner should get joy out of. The PC Engine version of Super Dodge Ball, titled “Nekketsu Kōkō Dodgeball Bu“, is in most ways the superior version. It’s quicker and has far less flashing than the NES version and if you’re lucky enough to have a PC Engine or region modded Turbografx 16, I suggest you pick it up. 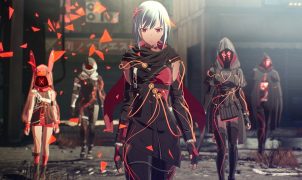