The year is 2051 and mankind has found a way to colonize the solar system. Defense outposts have been placed on planets in order to protect Earth and its inhabitants from alien invaders but the outpost on Pluto has gone awry. A robot controlled laser gun has malfunctioned and is destroying planets in the solar system. Earth’s inhabitants had to witness the planet Neptune being destroyed by this laser as they desperately attempted to activate the station’s self-destruct system. Now mankind has run out of options so in a final effort they decide to send the M-308 Gunner to the planet Pluto to enable the self-destruct device.

Metal Storm’s gravity gimmick is what the whole game is based off of. You’d think it’d get boring and repetitive but developer Tamtex just keeps throwing new ways to play the game at the player. It’s definitely stood the test of time and is on many gamer’s top 10 games on the NES. If it were to be rebooted today I strongly believe it would remain a 2-D side-scroller simply because of the precise controls needed to maneuver the M-308 Gunner. The Metroidvania genre would be a fitting home for a game like Metal Storm. Gravity controls mixed with enhancements to the M-308 Gunner to access new areas of a planet could make a great game ever greater. 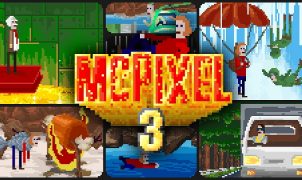