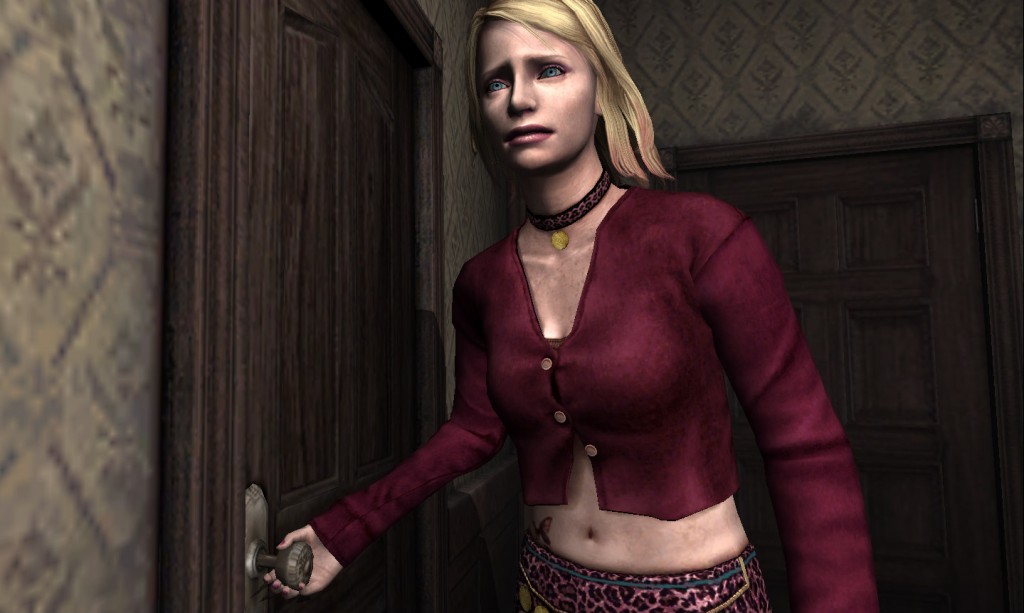 The Silent Hill franchise arguably peaked with its second entry: Silent Hill 2. The entire game teases us that every freakishly deformed monster in the game may not simply be malignant beasts, but manifestations of its main character’s warped mind. Our stilted-speaking protagonist is James, a man who has received a letter with instructions to come to the perpetually foggy Silent Hill; supposedly because the letter is from his dead wife: Mary. It’s clear James is at least ever-so-slightly bonkers because not only does he go to Silent Hill on the advice of this unsolicited post-humous letter, he bravely ventures onwards, fighting off monsters with little more than a plank-with-a-nail-in-it.

Along the way, he meets Maria, a woman who looks suspiciously similar to his wife Mary (if Mary had bleached blonde hair and dressed more vivaciously). Also, the name Maria sounds like a spicier version of Mary. You don’t have to be Columbo to realise it’s also pretty strange how Maria seems to have lost most of her memories. It quickly becomes apparent that Maria is surprisingly sexually aggressive for a woman trapped in a town full of murderous mannequins, and she frequently flirts with James. What seems to confirm that Maria isn’t real, is when James finds her in a jail cell, alive and well, after she’d supposedly been impaled by Pyramid Head (who would later be inserted just as brutally into cameo appearances in countless other Silent Hill games and movies). Maria then seems to recount old memories that Mary experienced with James, almost as if Maria and Mary were the same person.

As it turns out, Maria is just a manifestation of James’ own psychoses, made flesh by the twisted magicks of Silent Hill. James confronts the memories he’d repressed: that he was the one who’d killed Mary. He resented having to take care of her as she was bedridden by sickness and – justifying himself that he was saving her further suffering – smothered her with a pillow. Maria was a fantasy woman created out of his own frustrations from having a bedridden wife: a living expression of the sexy, vibrant woman he wanted Mary to be.

In most endings, Maria – unable to come to terms with the fact James won’t give up his memories of Mary to be with her – transforms into a freakish mutant forged into a metal cage, and attacks James (the cage suggesting how she is trapped in James’ mind). Her fate is a tragic one. She was created to give James the love he had craved, and when James strikes the last blow on her, Maria dies, crying out for James pitifully.

If you play in a manner that’s devoted to Maria, protecting her from danger, staying near her and visiting her in hospital when she’s sick, you’ll get the Maria ending. In this scenario: instead of Maria, Mary transforms into the final boss, enraged at James for betraying her. Afterwards, James meets back up with Maria and they prepare to leave Silent Hill together. Ominously though, she starts coughing right before the credits roll, suggesting she has the same sickness Mary did, and that James is doomed to repeat the cycle of his relationship with Mary. This is perhaps Silent Hill 2’s way of saying that turning to fantasy to escape one’s problems will seldom survive contact with reality.