I consider myself an old school gamer.  My first video game console was an Atari 2600 that my father would break out every so often when my younger brother and I were tearing up the house, re-enacting scenes from Star Wars. It had a particular charm, with its one-button controllers and rubbery joystick which, for some unknown reason, made my dog go nuts – as evidenced by the teeth marks that covered the stick.  The console never held our interests for more than an hour or so, simply because the games just didn’t make much sense. Missing were the manuals and game boxes to give us some sort of an idea of what or who we were fighting, and in their place was just simple text displayed on each cartridge. Some carts had beautiful artwork that gave us something worth pressing the button as fast as we could for, but those were few and far between. Not to mention the fact that the artwork, attractive as it was, shared little to no resemblance with what was being displayed on our black and white TV screen. My parents needed something else to stop us from smashing up their record collection with our makeshift light sabers, something to keep our attention and give them more than just an hour of much needed peace and quiet.  Enter 1985.  Enter Nintendo!

Here I am, over 30 years later, and in the same exact predicament my father was in. I have a 5-year-old of my own, who I think is ravaging my house with much more gusto than my pint-sized self could have ever have comprehended.  I need to find something to keep this kid occupied for a few minutes to clear my head, and also scrub out the hot sauce stains that she decided needed to be added to my white sofa.  Being a gamer all my life, it’s only fitting she’d grow up with the same love for digital goodness.  I quickly whipped out the PlayStation 4 and plopped her down in front of the massive 47″ TV that I would have fainted over back when I was a kid.  She wasn’t amused.  How could this have happened?  Is she not entertained by the awesomeness of Little Big Planet 3 or Rocket League?  This is no daughter of mine! When I asked her what was wrong, and why she didn’t find any of the games fun, she didn’t have an answer for me. But when I looked down at the controller, I noticed that her small hands just didn’t seem be a good fit for the massive DualShock 4.  She asked to try a different game and started rummaging through my PS4 collection, which caused my heart to beat faster than the day she was born.  I tried to explain to her to not let her fingers touch the back of the disc, but she never even made it that far, and had trouble simply getting the game out of its case.  At this point I knew that this was a bad idea. It was then that a thought popped into my head that made me wonder why I didn’t think of this first.  Enter Nintendo! I’m happy to say that I still have my original Nintendo that Santa had placed under the Christmas tree back in 1985.  Unfortunately, like all NES consoles, I started getting the blinking red light problem, but that was easily remedied by just replacing the 72-pin connector a few times over the years.  Looking at the console today, most kids would probably snicker at it’s boxy gray exterior, but I still believe it holds up, especially when considering the gigantic Xbox One that Microsoft unleashed just a few years ago.  Is it sleek and shiny? No, but considering most 5-year-olds leave greasy fingerprints where ever they go, I think this is a good thing.  They’re also very cheap, and you can usually find them at stores such as 2nd and Charles or you local retro game store for around $40-$50. If the console somehow breaks down the road, your wallet won’t take as much as a blow as if, say, your PlayStation 4 needed to be replaced due to bubble gum being shoved in the DVD slot.

If you asked a 5-year-old to hook up a PS4 or Xbox One, they probably would get as far as plugging in the power cord and inserting the HDMI, but from there I’d be interested in seeing what the child would do next. Powering on the consoles would be a task that most kids would be able to accomplish with ease, and getting the controller to light up also shouldn’t be much of a problem. However, when it comes to actually getting into some game play is where I think you’re going to run into issues, especially if the console needs a firmware update.  Getting the controllers to sync with the console could possibly be another obstacle, considering even at the ripe old age of 36, I still sometimes have problems in the department, but that is a story for another time.  The NES, on the other hand, can easily be hooked up in 3 easy steps. Power adapter, av cables, and controller will be all the child needs to comprehend in order to take their first steps in getting the console working. A simple press of the system’s power button, and eventually the controller’s start button and they’re on their way. The only hurdle I had to jump over when getting my own child to begin her gaming session was changing the input of the TV, and that was remedied just by informing her of which button to press on the TV remote, and she was able to accomplish that in a few attempts. The handful of times I witnessed my child hook up the console, I felt a sense of pride only a gaming parent could understand. NES games themselves are known for being extremely difficult and unforgiving, but I can safely say there are plenty of titles in the console’s library that are suited for younger gamers.  I’m not going to get into educational games, since most are ultimately simplistic and out-of-date – especially when considering online educational sites such as ABCmouse.com. Outdated educational games aside, the NES has a slew of classics that young players can get an enormous amount of enjoyment out of.  Super Mario Bros, Duck Tales, Little Nemo, and for some co-op fun, Teenage Mutant Ninja Turtles the Arcade Game are just a few of the titles I recommend.  If a CRT TV (light guns won’t work on modern TV’s) is readily available, you could also try your child’s hand at Zapper-compatible games such as Hogan’s Alley and Duck Hunt, which can also be turned into a competitive game where the controller will control the duck’s movements. These are just a few of hundreds of amazing titles I believe a child could cut their teeth on during their first years of gaming.

One of the huge pluses of the Nintendo NES is it’s basic but classic controller design. The simple “A” and “B” buttons compliment its small but sturdy frame, which could withstand multiple drops and throws. Children will easily remember which button performs each action in the game they’re playing, especially when considering there are only two on the NES’s control pad, compared to the PS4’s lofty 9 buttons. To go along with the controller are heaps of other accessories that will greatly add to a child’s enjoyment of Nintendo’s 8-bit console. The NES Advantage joystick controller, the “so bad” Power Glove (just for fun, not for gaming), and the aforementioned NES Zapper will put a smile on any budding gamer’s face. If you’re worried about the cords getting in the way, there are also a few wireless controller options available that are easier to set up than the PlayStation and Xbox One controllers.

I absolutely love Nintendo’s first console, and I strongly believe my daughter will grow to love it as well. She gets frustrated with anything she can’t understand, and thanks to the NES’s simplistic design she’s feels confident and proud that she can get a gaming session going on her own. Seeing her grow up playing the same exact console I grew up gaming on is amazing, and considering it survived the years of abuse me, my brother, and my roommates have put it through; I’m not worried that she’s using it if I need to clean up a few ketchup stains that somehow made their way deep into the carpet. 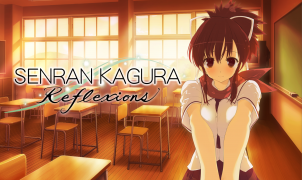 All the cheesecake, none of the feedback     I don’t really like to consider myself a connoisseur or a purveyor of adult-oriented games, despite what some of my…