You could also call it Rise of the Tomb Raider: Night of the living dead Following on the heels of last months’s Baba Yaga: The Temple of the Witch story DLC, Cold Darkness Awakened, the third and final piece of content for Crystal Dynamics’ Rise of the Tomb Raider is set against the backdrop of a derelict Cold War-era research facility. In an effort to create super soldiers, the shadowy secret society Trinity attempts to use a biological agent the Soviets were working on to enhance their forces’ combat capabilities. Of course, this fails spectacularly, and an entire unit of the order’s henchmen have been infected with a virus that turns them into predators with more than a passing resemblance to the “Rage Zombies” found in 28 Days Later. With the snowbound base teeming with murderous zombie soldiers hell-bent on sending Lara Croft to her grave, the game’s titular explorer must explore the grounds of the facility and neutralize the virus at its source before the infection can spread beyond the confines of the crumbling Soviet base.

The shift from high-flying exploration to a more deliberate Survival Horror-tinged experience may sound jarring, but Crystal Dynamics has done an admirable job of making the transition work without feeling shoehorned into the package. The ghouls who patrol the facility in Cold Darkness Awakened have a poor sense of sight but can hear very well. This means Lara will have to move as silently through the facility as possible, only taking down enemies when they’re far away from one another, as even a kill from her trusty bow can alert nearby enemies. Once spotted, a horde of zombies will begin rushing you until you can escape their line of sight or fight your way through the mob. Considering you start this episode with just your bow and a pistol, it’s best to stay concealed until you get a chance to up your arsenal, as you’ll quickly become overwhelmed by baddies. This need to stay hidden combined with the perpetual darkness of night creates a palpable sense of tension as you attempt to reach your objectives without attracting too much attention from the base’s belligerent new residents. Lara’s prime objective in this expansion is to locate three towers scattered across the base and shut them down to stop the spread of the infection. While working your way to these destinations is largely a game of staying concealed and looking for the best path to avoid detection, shutting down each of the towers is handled through a series of fairly simple logic puzzles. If you’re just looking to tackle the main objective you may feel a bit burned by the DLC’s $10 price tag, as a mad dash through the game’s main story can be wrapped up in less than an hour. However, there are a number of optional challenges that can be tackled. These bonus objectives award the player with precious credits to purchase Card Packs on the game’s online marketplace, as well as improve your overall final score. The challenges themselves range from completing the chapter without dying to rescuing six Remnant captives scattered throughout the base (who, once captured, award Lara with new skills) to locating hidden documents that detail events surrounding the outbreak. Whether or not you choose to complete these challenges will greatly influence the mileage you get out of Cold Darkness Awakens, with a completionist run easily tripling the time it takes to wrap up the chapter.

Considering the dramatic switch to a horror theme, it’s a bit disappointing that almost the entirety of the facility featured in this mission is made up of assets from the Soviet Installation showcased in Rise of the Tomb Raider‘s main campaign. Sure, the commies were a utilitarian bunch, but you can’t help but shake the feeling that you’ve already explored many of the corridors and catwalks you’ll find in Cold Darkness Awakened. For example: upon rushing into a lobby trying to lose a pack of zombies who were pursuing me, I already knew that the building I was in had a safe place to hide at the top of the stairs before I had even reached the stairwell based on my original experience with the game. It’s a shame, as a fresh setting would have gone a long way towards fleshing out the chapter by providing a semblance of unpredictability. That said, what’s here works, but it feels a bit too familiar to really capitalize on its true potential, and that’s a little disappointing.

While Crystal Dynamics lays the tension on thick at the outset of the episode, the need to stay hidden fades quickly once you discover some of the heavier weapons scattered throughout the environment. Sure, trying to fight off droves of enemies is a tense and unforgiving with your meager revolver and bow, but once you discover a silenced SMG or shotgun with dragonfire rounds it’s easy to throw caution to the wind as you lay waste to your infected enemies. To make matters worse, almost every corpse drops plenty of ammunition, arrows, and assorted ingredients to craft all manner of powerful special arrows. I can’t help but feel the chapter would have been all the better had the developer chosen to keep these resources to a minimum to keep the tension high for the duration of the chapter.

Overall, Cold Darkness Awakened doesn’t quite manage to set the world on fire, but it still marks a welcome addition to Rise of the Tomb Raider‘s host of Expedition modes alongside the existing Chapter Replay, Score Attack and Remnant Resistance modes. Scouring the base is fun and tense at its outset, and exploring the undead winter wonderland’s decrepit locale for fresh new weapons and hidden artifacts is as satisfying as ever. It’s just a shame it’s over so fast, especially given the $10 price tag. That  said, if you’ve already purchased the Season Pass this DLC is worth playing through at least once. However, those looking for something a bit more substantial might want to wait for the DLC to go on sale before pulling the trigger.

Full disclosure: This review is based on a review copy of the PC version of the game provided by the publisher. 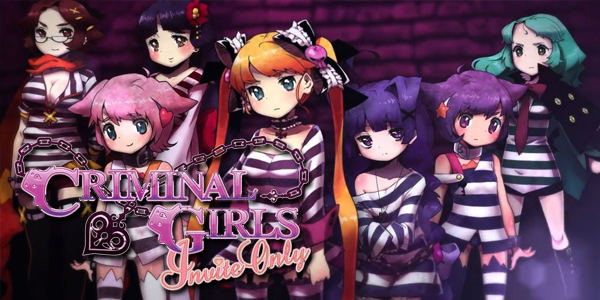 Breaking the Law – Pleasure, pain and purgatory await in a comical quest for redemption   Joining the ranks of Akiba’s Trip: Undead & Undressed and Senran Kagura: Shinovi…