Feel like playing the new Mario? Time to fire up the ol’ football head. If you would like your questions answered on the podcast, hop into our Facebook group every saturday and give us all your brain thoughts!

The Hey Poor Podcast can be found and subscribed to on iTunes and Stitcher. In addition to the website, Hey Poor Player can be found in page and group form on Facebook,  screeching away like alarmed barn owls on Twitter, trying and failing to create anything worth watching on Youtube, and playing away for your entertainment on Twitch. Jay started a webcomic called Black Basin. Check out Ser’s work on Bullet Heaven, and at Press Pause Radio. You can also follow us on Twitter: Jay – Adam – Gary – Jonathan – Ser – Alex – Mike 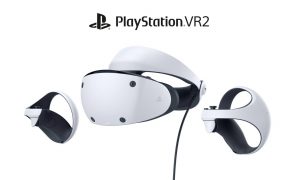 Mostly Fun and Games It’s been exactly one week since I previewed Strikers Edge which, after thinking about it, is actually the shortest amount of time between a review and…