Yo ho ho, a pirate’s life for…well, someone. I would assume. When I was a kid, I remember pirates being one of those things, kind of like dinosaurs, that you either didn’t care about, or were super into. Like, stoked to the point where you were generally deemed a kind of weird kid, mostly by other kids such as myself, who fell into the “who cares” camp with the resounding thud of a treasure chest full of loot being dropped on the deck of a buccaneer’s vessel. Is the niche nature of pirates as “cool” something that works against the favor of Nelly Cootalot: The Fowl Fleet? Not really. It actually kind of helps it. It’s just too bad the game is still in such dire need of a fresh plunder of ideas in some other regards.

Nelly Cootalot: The Fowl Fleet is, indeed, a point and click adventure game. But wait, there’s more! This waterfowl-filled title is actually the sequel to Nelly Cootalot: Spoonbeaks Ahoy, the first game by Alasdair Beckett-King. Beckett-King has come a long way from the simple, 2D hand-drawn style of the original, to…well, a more complex 2D style. Trust me, that’s a good thing. Beckett-King, riding the wave of an immensely successful Kickstarter and joining forces with Application Systems, who are the publishers and co-developers behind this latest adventure in buccaneering and birdwatching. That is an excellent question, Nelly.

Nelly Cootalot is a pirate; or so we are led to believe. She has an eyepatch, after all, along with something of a reputation as a swashbuckler bringer-of-pains-in-asses. After some alarmingly brief backstory, establishing Nelly as a savior of all birds great and small (because we all have to have a hobby, I guess), the player is dumped into control of Nelly, who is fulfilling the extremely vital pirate duties of…working for the mail service. We don’t know why, and the plot point is dropped just about as soon as Nelly can maneuver her way stealthily out of there. After a visit with the ghost of Blackbeard, who we are meant to understand is Nelly’s spectral mentor, the swashbuckling heroine takes off in search of the ghostly pirate’s evil brother, Baron Widebeard, who is hypnotizing waterfowl of all kinds in order to assemble a bird army, all to aid in his search for Blackbeard’s lost treasure.

It’s a rushed, clunky opening that feels far too sudden. Luckily, there’s the rest of the game. Nelly Cootalot: The Fowl Fleet is as pointy and clicky as they come, with the usual inventory system one might expect from any such affair. Following Nelly’s trek across islands and seaports in an attempt to apprehend and thwart Baron Widebeard, players will aid her in locating the Baron and his birds. In the quest for the Baron, players will do everything from helping a geriatric war veteran win a treadmill race, to giving a boost in fame to a struggling street musician. Each area of the game has multiple puzzle threads going at any one time, an effective choice that yields two benefits. First, it gives players the chance to change course, letting them keep playing by giving them something else to follow if things get tedious. Second, it actually works really well from a design standpoint. On multiple occasions, I decided to tackle a different quest than I had previously been pursuing, only to find that the next tool I needed in my other line of puzzle-solving was right at my feet.

Unfortunately, the game does find ways to muddy the quality of its own puzzles. There’s a certain property in adventure games that harkens just about as far back as the genre itself does; a property I think of as “the shopping list principle.” There are adventure games whose structure can be boiled down to “get (person A) to do (thing) by getting them (thing 1, thing 2, thing 3).” This is not bad game design in itself, of course, but has been used excessively within its realm over the years, so much so that it’s become something of a trope. And sad to say, Nelly Cootalot: The Fowl Fleet does this rampantly for most of the game. Grocery list after organic foods-rich grocery list is shoved in the players face. Even if most of the puzzles are a good time, it’s still an utterly tedious process. In an era where games such as last year’s Tecnobabylon and 2014’s The Last Door prove the variety possible in the planning of puzzles in all things point and click, it’s disappointing to see a game that staunchly sticks to the same formula so rigidly. There’s also an issue in the first third of the game that can only be described as insulting to the player, a term which most likely comes across as instantly egotistical. But let’s talk about what this really means. In adventure games, puzzles tend to involve the interaction between items and the environments around them. The ways in which these interactions can manifest are virtually endless, but should always follow an important rule which the first chunk of Nelly Cootalot is unfortunately ready to forget. The solutions to the puzzles at hand aren’t absurdly difficult, but also aren’t readily apparent. This would be fine if it weren’t for the fact that the area is designed in such a way that the player can easily spot alternative, easier ways to solve the puzzle that ought to work, but simply don’t. Two particular cardinal sins at work include items that Nelly should be able to carry (based on other more cumbersome items she is able to take with her), and a part of the puzzle path hidden in plain sight in a way that comes off as more accidental than anything else.

Puzzle design complaints aside, Nelly Cootalot: The Fowl Fleet find a place to shine bright in its presentation. The game is visually gorgeous, with colorful and stylish hand-drawn backgrounds that bring each location to life in a unique way. These range from small islands to my personal favorite, a vast city island whose vastness is visually portrayed well without giving the player any danger of feeling lost. The character design is also excellent, rendering a cast that feels straight out of a Saturday morning cartoon. The 3D character models mostly fit in well with their backgrounds, their inherent cartoonish designs making up for any uncanniness in their movement or behavior. The soundtrack is also an accomplishment, and has nestled itself snugly into my head for days. I just want the writer of this game to name national landmarks.

The realm of the audible is also one with flaws, though. Here, it comes up in the form of voice acting. The voicework in Nelly Cootalot: The Fowl Fleet isn’t all bad, but rather divided. Nelly herself does a fine job with her delivery, and a lot of other major characters do just fine. Minor characters specific to certain parts of the game, though, are where things get dicey. There are a couple characters whose voicework can only be described as someone who decided they could do a convincing old man voice simply by talking in a weirdly hushed, raspy voice. It’s awkward and, at worst, somewhat embarrassing. But hey, Tom Baker’s in it. Everyone likes Tom Baker.

The writing in Nelly Cootalot is really what ties the whole package together, in the end. The overarching story is honestly negligible, enough so that the salvation of avian friends seldom seems like Nelly’s primary motivation. Despite the somewhat messy handling of its main plot points, The Fowl Fleet does a lovely job when it comes to dialogue. From Baron Widebeard’s pet names for his wife to Nelly’s own observations about the world around her, a ton of clever comedy is on display within the script of this adventure.

May thee sail with thine birds into clear waters. Nelly Cootalot: The Fowl Fleet takes some bruises to the wing along the way,. And loses some feathers, but presents a fun adventure with a wonderfully cartoonish vibe. It’s a shame that this had to come at the price of some significant flaws in puzzle design, but none of these flaws are quite encompassing enough to keep the game from being a recommendable experience. Go get yourself some bloody birds.

Full disclosure: This review is based on a review copy of Nelly Cootalot: The Fowl Fleet provided by the game’s publisher, Application Systems. 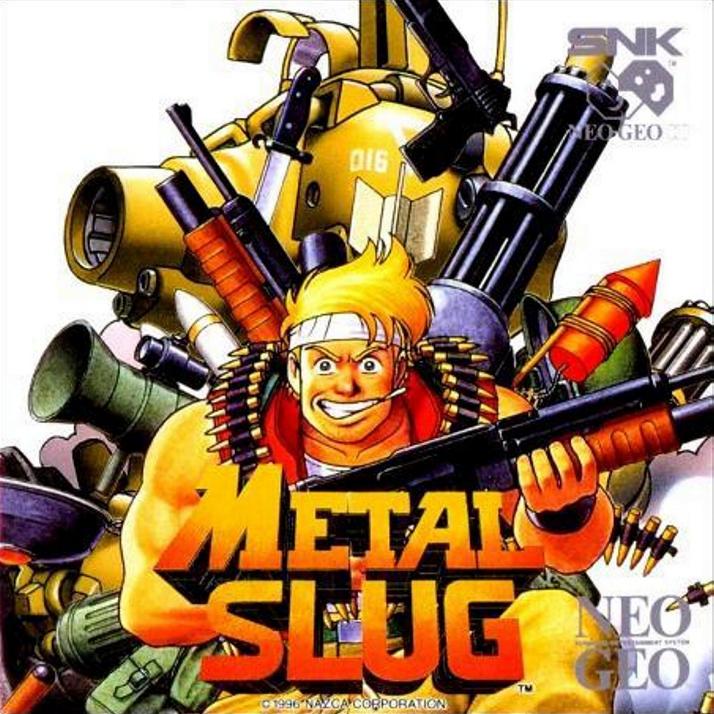 This week we review the Neo Geo's flagship run and gun shooter.