One Giant (Dub/Mis)Step for Mankind

Prior to firing up Zheros for the first time, I spent some time setting up my older consoles. Dusting off my Sega CD, I tested it by playing whatever happened to be on the disc already in the drive. My test turned into about an hour of punching street criminals in Streets of Rage. After satiating my retro desires I booted up Zheros and started to realize what a perfect coincidence these games were back-to-back. Starting things off I noticed Zheros takes place in space. As such it has the wubdubbiest dubstep tracks all over the game. I was not into it. It may be some folks cup of tea but by the end of the menus into the game I turned the sound off and put on my own records. Music aside, Zheros hearkens the glory days of arcade beat-em-ups be it your double dragons, streets filled with rage, or your turtles who travel in time. Walk in the direction that you’re allowed to, then punch the shit out of everything that gets in your way. Is there a chance your attack button is going to break from mashing? Congrats, you’re playing Zheros correct. There were two characters to choose from. Mike, who punches stuff, and Dorian, who kicks stuff. I opted to use the Pixar rendition of Brock Samson, Mike. It must be said that Zheros is a very well designed game. The graphics are colorful and fun, the game ran smooth as silk right from the start, the combat works well, and there are collectibles and upgrades to give it replayability. Still, Zheros left me feeling a bit empty. After about ten minutes of the game I started to get a sense that there wasn’t much depth, and the game proved me right. I stayed positive, though. Sinking a few more hours into the game I was determined to figure out there was something I was missing. As I unlocked and upgraded my abilities, I noticed I wasn’t really using them, anyway. Outside of a couple specific enemies that have to be killed by deflecting their shots, there’s nothing in the game that can’t be killed with an endless mash of attack. It’s fun evading attacks and the reflex mechanic to deflect bullets is neat, but it’s insubstantial to the whole experience. There are some fun moments in the game where you get a mech suit and get to smash hordes of enemies. It’s a really fun action-filled moment I was all about…until it happened again. Zheros has this strange habit of making all the features worn out. Zheros is the type of game you grab a few friends and stay up too late playing. Zheros is a Ramones song. It’s familiar, all the things that make it great are there, but for some reason if it’s not the Ramones it doesn’t feel as good. It made me want to head to the arcade and play X-Men or Teenage Mutant Ninja Turtles. It gives you everything those games has but it doesn’t deliver much beyond reminding you that these games exist. If Zheros could use anything it’s support for more than two players. Imagining this game with four to six idiot friends drunk in a living room sounds like perfection. Like I said before, I’m not saying Zheros is a bad game, it just wasn’t something I had much fun plugging hours into by myself. Everything about the game is slick and nice, but a little variety or some creative spin could have made this game go a long way. Also dubstep. No Dubstep.

Full disclosure: This review was written based on review code supplied by the game’s publisher, Rimlight Studios. 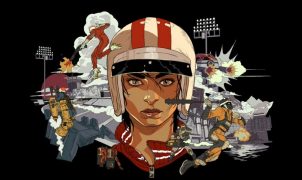 Rollerdrome Review: Nearing Nirvana With style to spare and a flow that, at its best, feels like video game nirvana, Rollerdrome should be right up my alley. I love…